An entire party is living an illusion 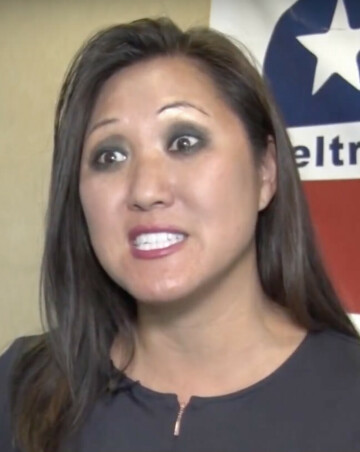 As chair of the Minnesota Republican Party, Jennifer Carnahan is the head illusionist, offering McCarthy-like assessments of the opposition: “I do believe quite strongly that the Democratic party leaders and Walz are using this pandemic to transform this society from capitalism to communism, and it’s very dangerous.”

Author’s note: Dragged this one out of the filing cabinet.

“The greatest enemy of knowledge is not ignorance, it is the illusion of knowledge.”
- Historian Daniel J. Boorstin

Perhaps never before have we as a species ignored so much information and knowledge in our insatiable appetite for misinformation and conspiracy, lies and deceits.

Welcome to the propaganda of the blab-o-sphere.

For some screwy reason humans want to believe crapola that’s been spoon fed to them over time without ever doing a little fact check for themselves.

Thank you right wing blab-o-sphere for setting our democracy up for a fall.

I recently talked to a fellow who really believes that some unknown power is behind the Covid crisis for ill gain against all the rest of humanity. He is convinced. As I asked a few questions he oozed confidence in his position, he was knowledgeable in his illusion of knowledge.

“There are so many conspiracy theories out there they can’t all be wrong,” he said.

He believed that even if some weren’t wholly true there had to be a grain of truth in many of them or they wouldn’t exist.

“Somebody is trying to manipulate us, that’s a fact,” he said.

No, I told him. Some people just want things to exist in a make-believe world and fall in hook, line and sinker.

I explained that in my many years as a newspaper editor I had plenty of chances to poke a little bit behind the curtain and see exactly where much of our information was coming from. It was easy to find out that an opinion piece mailed to our office pertaining to a “bridging of energy sustainability to a renewable future” was sent by the Lignite Coal Association of America.

At the time that group also was a sponsor of the Minnesota State Boys Hockey Tournament. The nice message was a simple greening of the coal industry to “help us” make it to a renewable energy grid way out there in the distant future.

We received those mailings quite often. Propaganda in search of a medium willing to communicate said propaganda.

Pretty simple to find out where the propaganda was coming from.

Those little greenings of the fossil fuel industry are mere child’s play compared to some of the doozies thrown out there in 2021 masquerading as fact.

What prompts normal people to decide to fight for truth and justice by joining hate groups? What makes normal people get mad enough that they’ll grab a gun and go find that child sex ring in the basement of a pizza parlor in Washington, DC?

Posts on a right wing site favored by white supremacists from a user calling himself Q started in 2017 and promise a “great awakening for patriots” and QAnon has ingrained himself into Donald V. (for vengeance) Rumpt’s mindset.

According to Winston Churchill, “A lie gets halfway around the world before the truth has a chance to get its pants on.”

You don’t need quack sites to express kooky propaganda these days. Get a load of this, as conveyed through the North Shore Journal in Silver Bay last fall. Writer Kitty Mayo had the chance to visit with Jennifer Carnahan, chair of the Minnesota New Conservative Neanderthal Party (NPNC), formerly known as the Republicans, and Democratic Lake County chair Todd Redmann.

Carnahan had the chance to explain a near conspiracy theory that Gov. Tim Walz is taking control of the daily lives of Minnesotans during the pandemic through executive powers granted during a time of emergency.

“Walz is acting like the Supreme Leader and that’s a dangerous path to walk down,” she said, obviously hoping to stoke a little fear in gullible readers, a well-worn New Conservative Neanderthal Party tactic.

“I do believe quite strongly that the Democratic party leaders and Walz are using this pandemic to transform this society from capitalism to communism, and it’s very dangerous,” she blabbed.

She went on to warn that she was aware of this sinister plot.

“But my eyes are wide open. That’s how it starts, right? It starts with someone taking extreme individual control and using whatever means by force, not just physical force in this case, for the government to take over and control every aspect of our lives.”

There you are. The chair of the New Conservative Neanderthal Party spoke the party line, one riddled with misinformation and fear-mongering. What a way to see the world, a whole political party in Minnesota and the nation, knowledgeable in the illusion of knowledge.