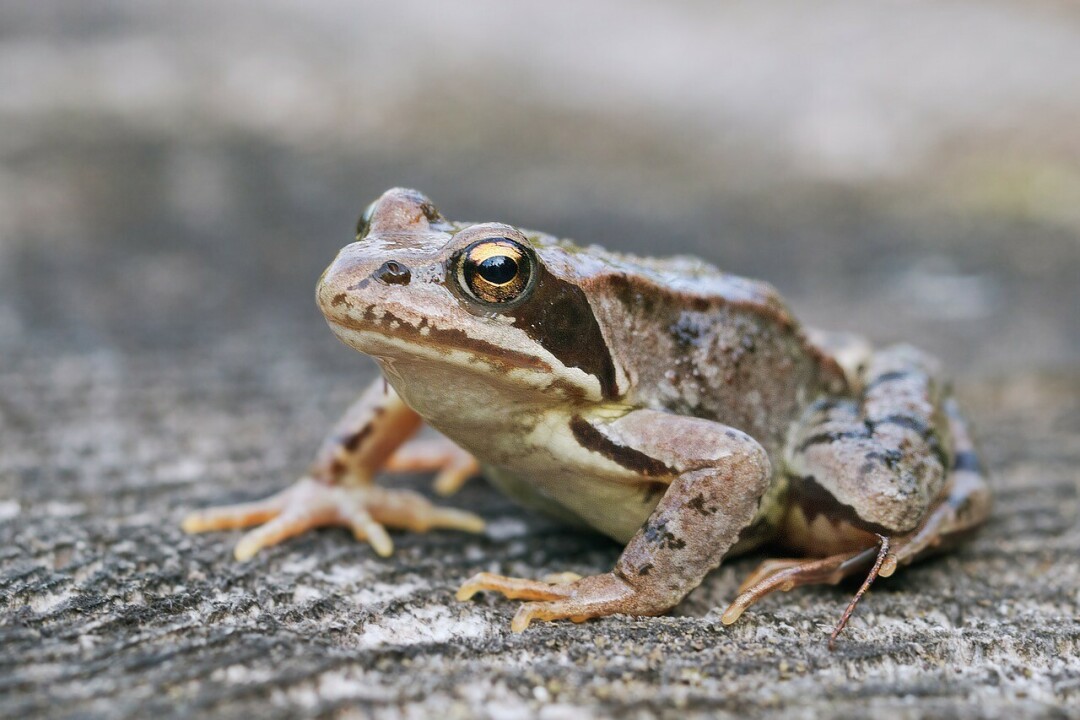 The snow is melting, the soil is warming…and I can’t decide if that’s good or bad. The classic tracks on my favorite ski trail were in fantastic shape last week, and I may or may not have let out a little whoop on a long, swooping, rollercoaster of a hill. But at least a smidge of my smile could be attributed to the southwest-facing bank that cradled the trail and the happy little mosses there whom the sun had recently unveiled.

Oodles of my favorite beings – such as moss – live under the snow, in that magical space called the subnivean zone. Like many enchanted things, the subnivium is ephemeral. It comes into existence once 6 to 8 inches of snow accumulate, and disappears again in spring.

I love imagining the scurrying mice, hunting weasels, creeping spiders, and gnawing fungi who stay active down there, as well as the mosses, roots, seeds, insects, and others who sleep soundly under the temperature-moderating blanket of white.

In fairy tales, it’s a true love’s kiss that breaks the sleeping spell. In nature, it’s often warmth from the sun. The moss has felt it. Sugar maples are feeling it. Who’s next?

Last fall, wood frogs hunkered down in the duff to wait out winter. In order to wake up early, they don’t dig very deep. Even in the relative warmth of the subnivean zone, this means that the frogs must tolerate being frozen. In the depths of winter, up to 65–70% of each frog’s total body water is ice (any more than that and they’re dead). With the kiss of sun and rain, wood frogs thaw from the inside out.

Recovery is relatively rapid – especially considering what the frogs have been through – but not instant. After a day they can move. After a couple days, they’re ready to mate. But even as the black-masked amphibians hop toward a woodland pool, they still aren’t ready to eat.

There are a few possible reasons for this. First, it’s quite a process to freeze and then thaw, and their digestive system may be the last system to come back online. Second, there’s not much food available in April when wetlands’ icy caps have just softened and snow may still rest in the shade. Third, the way a wood frog spends the winter is centered on getting back to their breeding ponds ASAP in the spring. Why waste time searching for food?

I get hungry just thinking about it. Wood frogs stopped eating days before burrowing into their hibernaculum last fall, and they will continue to fast until after they’ve gone through the rigors of breeding. Males have to shout at the top of their lungs, chase after females, grip any prospective mate tightly, and fertilize her eggs – all without a snack. Females don’t sing much, but they do lay between one- and three-thousand eggs more than five months after their last meal.

In thinking about this feat of fasting, I had always assumed that frozen wood frogs weren’t using any energy while in their frogcicle state. I was wrong. Frogs’ metabolisms continue to run very slowly even while they are frozen, and freeze-thaw cycles are quite taxing. Researcher Megan Fitzpatrick set me straight when I called her to talk about a research paper published last August in the journal Global Change Biology, and presented at the recent Wisconsin Chapter of the Wildlife Society of Wisconsin meeting.

Working with modeling gurus at UW-Madison, Megan created a model to predict how overwintering wood frogs will fare in the face of climate change. Luckily, she didn’t have to start from scratch. The other researchers had already created models about the subnivean zone and regional weather. Those data could be combined with a few of the major Global Climate Models—the ones cited in the news when we talk about how fast different parts of the world will warm—to predict how soil temperature will increase, and how snow cover will change across the southern part of the wood frog’s range.

Megan took those big models and added frog-specific data from a project in Canada that had measured how much energy wood frogs use over the course of a winter. The frogs had been placed in sealed boxes with comfy bedding, cooled slowly, and then subjected to freezing and thawing while the researchers measured their carbon dioxide output as an indicator of energy use.

(Megan assured me that the cold frogs would already be dormant by the time they froze, and therefore would not make the same agonized face as Han Solo as he was lowered into the carbon-freezing chamber in The Empire Strikes Back. Also, all research labs have animal care and use policies to make sure that the critters are treated humanely.)

That study found that carbon dioxide increased sharply at three points: as the frogs were preparing to freeze; as they responded to freezing, and as they thawed and began normal body function and repair. The longer frogs stay thawed in the fall, and the more times they experience freeze-thaw cycles, the more energy they waste. Somewhat counterintuitively, warmer soils going into winter mean that the frogs expend more energy throughout winter.

I asked Megan to explain how that data becomes part of the model. “We break down the steps and each one becomes a mathematical equation that we can add to the model,” she told me. Steps include things like heat flowing through snow, heat flowing into the frog, ice melting in the frog, and the frog’s response to those temperature changes.

According to Megan’s model, warming soils mean higher energy expenditures for wood frogs during winter. But earlier snowmelt means that frogs will survive winter with a balanced energy budget in most regions – or even come out ahead –because winters will become so short. (Notably, her study wasn’t set up to tell us how climate change will impact the frogs during the rest of the year.)

Not all regions saw a balanced energy budget for frogs, though. In the snow belts of northern Wisconsin and Minnesota – where deep drifts tend to linger – wood frogs are predicted to use about 10% more energy to get through a northern winter by the late 21st century. Megan doesn’t think that will kill the frogs, but what about sub-lethal impacts? One study in Michigan found that females laid fewer eggs after warmer winters. And what if a warmer spring means that their ponds dry up? Science is an iterative process that gives us new questions with each study, in addition to useful answers.

Questions like, “the snow is melting, and the soil is warming … is that good or bad for wood frogs?” 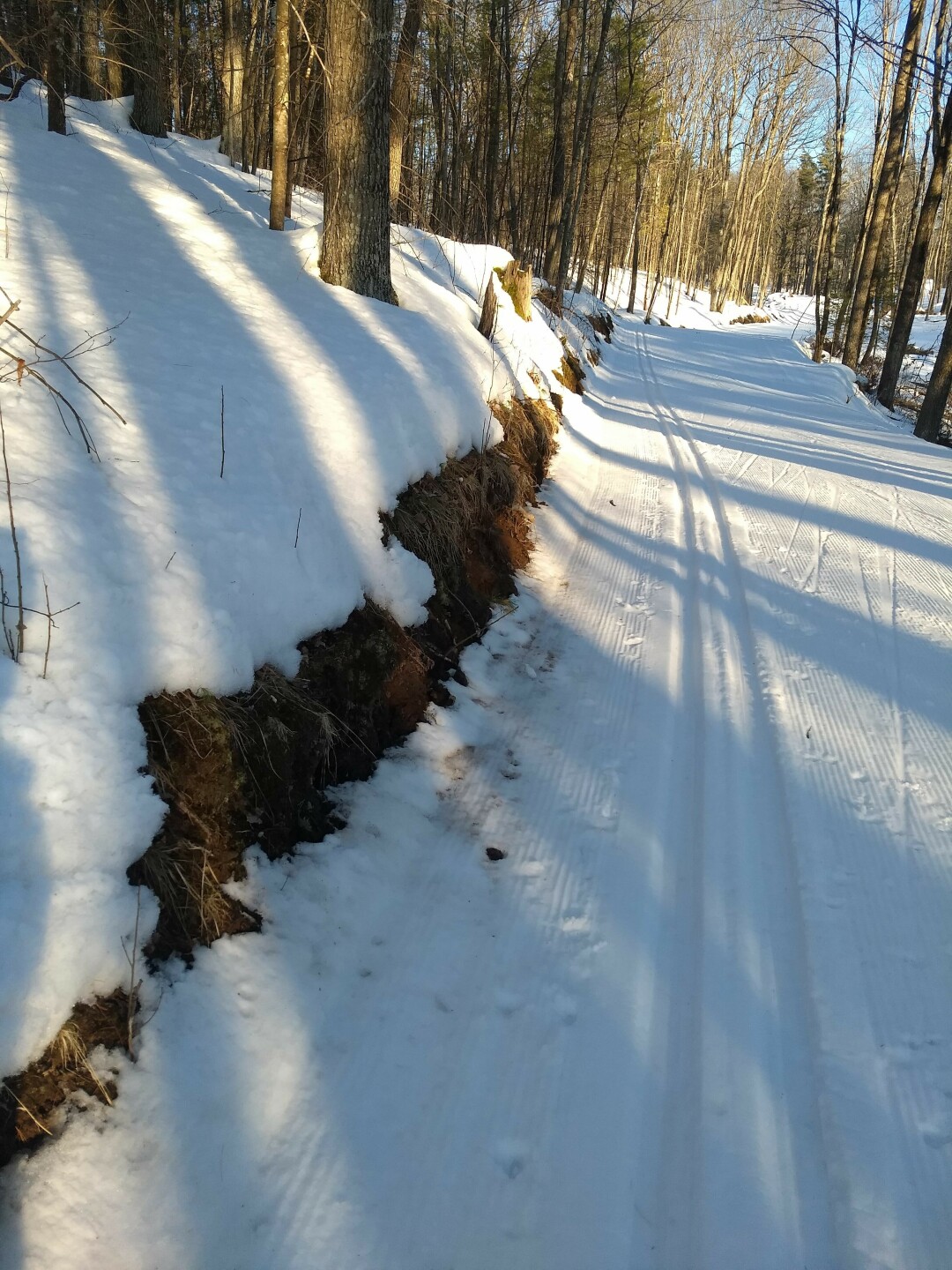 Emily Stone is the Naturalist/Education Director at the Cable Natural History Museum. Emily’s award-winning second book, Natural Connections: Dreaming of an Elfin Skimmer, is now available to purchase at cablemuseum.org/books. Or order it from our friends at redberybooks.com to receive free shipping! For more than 50 years, the Cable Natural History Museum has served to connect you to the Northwoods. The Museum is closed, but our Mysteries of the Night exhibit is available online, cablemuseum.org.