NUFA just trying to be friendly 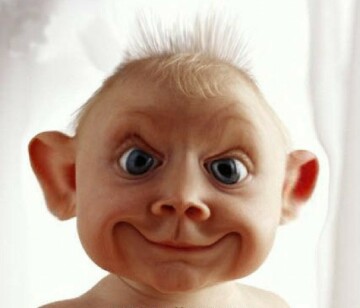 Author’s note: I just had to pull this one out again as we head into a Brave New World where truth is a lie and a lie is truth.

The National Union of Friendly Americans (NUFA) in an all-out effort to be friendly in these unfriendly times is offering daily meditation revivals in a Knife River warming house as a way to connect with mindfulness and bliss without having to claim to be a Buddhist or Lutheran, Hindu or Catholic, Athiest or Non-conformist.

As much as we’d like to simply hand out marijuana and tell people to relax and enjoy the day we realize that there are people out there who can’t relax and enjoy the day so they choose to argue and be angry instead. They choose to buy into a belief system that argued Obama is a Muslim, China has stolen our jobs, climate change is a hoax, Covid is the flu, that our guns are under threat to be taken from us, that white folks are soon to be a minority. I met a number of these people at the Trump rally in Superior back in spring of 2016 and it was likely the same for rallies held during the election cycle of 2020, people who were angry for all the wrong reasons.

Hey, there are plenty of reasons for people to be wondering what the hell happened over the past few decades. If you could pull them away from staring at a hand-held device and talk about how our economocracy long ago steered away from a social contract with the common good and into greed, well, you might just be able to start to steer them away from anger and into the light of day.

About that time I was looking for a place to smoke some marijuana and put a smiley face on, to remove myself from the fear and loathing around me. Meditation wasn’t going to work at that point.

I mean, some in this crowd were worked up. But not all, mind you. I did find people to talk to who were simply curious, were worried about the state of the union, were wondering if the nation was headed in the wrong direction.

Join the club I told one lady, though my beef took a slightly leftward turn from hers. I did remind her that in the old days it was the radicals on the left that were battling the system, that were opposing war, that were fighting for workers rights and justice. That was the meaning of progressive, I explained, not conservative.

I pointed out that the conservatives have managed over the years to steal that narrative and get working people to vote against their own best interests, to frown upon unions and the common good. Yahoos like Mitch McConnell are all crowing about watching out for the middle class while austerity and opposition to any progressive agenda grips their side of the nation. We got talking about jobs and I pointed out that money—greed, if you will—was the main reason our corporations are so cozy with communist China. I also had to point out that part of the blame goes to the American people as a whole in our consumer frenzy for cheap goods.

“We didn’t go live on Mars for a few decades and come back to find this scenario,” I said. “We watched quietly as our economy shifted elsewhere.”

Not many in that crowd waiting for the shiny hairpiece to show up were what I’d call oppressed. There were lots of pretty nice vehicles and motorcycles in the lots around the

Superior Municipal Airport that day. I don’t believe there were too many in attendance who understood racial profiling or a system that just happens to have excluded a significant portion of Americans over our history, over generations. I listen as folks wave a hand and say “get over it” when native cultures put a claim on their rights or folks say “get over it” when the topic of slavery is raised.

One little note of interest. When black GIs returned from service after World War II they didn’t receive the same GI Bill benefits that others did. The Servicemen’s Readjustment Act of 1944 included racially restrictive underwriting criteria in dealing with VA and FHA home loans which essentially shut out black vets from the low interest home loan programs that saw the explosion of growth outside of the urban core of most American cities. Job placement programs under the GI Bill often placed blacks in menial labor positions even as the wartime economy shifted back to high speed between the mid-forties and the 1960s.

We don’t put on the other shoes often enough when dealing with our social and civil issues.

Yes, there are people who have legitimate reasons to be angry: the Oppressed and Downtrodden, the Army of Unemployed and Underemployed, Native Peoples across the continent, Immigrants, the

Homeless and all People of Color. You want a reason to be angry? Ask those who’ve never had a shot at a middle class life no matter their ethnicity, no matter where they come from.

Put on the friendly shoes once in a while, open up, accept those less fortunate.

It seems as though the angry people I’ve seen or heard lately are those who at least have what they need, primarily white folks who seem to feel that they’ve been the victims of reverse discrimination of some kind. I also believe that there is a veiled racism in the country that is exhibited in bumper stickers that say things like “Obama loves America like O.J. loved Nicole” and the false notion that by 2050 whites won’t be in the majority.

I think that one got a lot of whiteys worried.

Our NUFA fact checkers looked into that one through the U.S Census Bureau and apparently in 2044 whites will make up 49.9 percent of the U.S. population. That sounds like trouble for white supremacists or racial worrywarts or those who “wish things were like they used to be”, whatever that means.

However, NUFA fact checkers also noted that the whiteys needn’t worry because if we’ve gotten to the point of worrying about what color we are or if the neighbors are Muslim, rest assured, by mid-century whites in the “white majority and the rest of you in the minority nation” will remain the largest single ethnic group at 44 percent. Latino-Americans will make up 29 percent, with African-Americans comprising 14 percent of the population, Asian-Americans nine percent and Native Americans and Pacific Islanders making up the small difference.

So don’t worry you Trumpsters and QAnoners out there, white Americans will still hold most of the good jobs, have the most money, own the biggest cars and houses.

If NUFA can’t get you to meditate with us or smoke some dope to calm your nerves, we’ll at least give you the straight facts about this great nation of ours.