Don’t be afraid of the dark 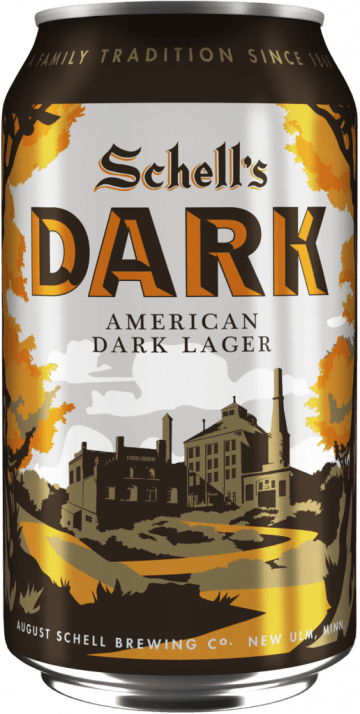 Way back in the dark days before the craft beer evolution/revolution had firmly gained hold, we expected regional breweries to provide us with the sort of flavorful and interesting beers that the macrobreweries seemed afraid of.

One of my most pleasant beer adventures involved a trip to central Minnesota to buy a typewriter (yes, it was that long ago). I don’t remember the name of the quaint village I drove to, but after purchasing the machine, I thought I’d stop for lunch somewhere. I spotted a corner tavern, directly across the street from a tall-steepled church.

It was a cloud and chilly day in May. I remember having to walk down a few steps to enter the tavern. Upon entering, I found myself alone, with a small black and white TV on the bar making the only noise.

I took a stool at the bar and an older man came from a room behind the bar and said hello. I told him why I was there and why I had stopped.

I looked at his tap handles and beside the usual suspects there was one I had never seen before. I can’t recall what was on the tap handle – a well-antlered deer, I think – other than the words Ulmer Braun.

I asked him about it and he said it was a dark lager from Schell Brewery of New Ulm, Minn. He poured me a glass and it as love at first taste. For lunch he brought me locally made venison sausage and some other treats.

Ulmer Braun became my go-to beer for a couple of months, before I moved far, far away and had to find new beer adventures.

Sadly, Ulmer Braun is no longer listed among Schell products. However, they do mark a Dark Lager, which I think is very nice.

Of course, the greatest dark lager in the world is made in the Czech Republic by the original Budweiser brewing company in the city of Ceske Budejovice. I can say that with complete confidence for I was there when then-brewmaster Josef Tolar reintroduced Budvar’s dark lager after an absence of 50 years.

Unfortunately, I have never seen their dark lager in this country – you can find their regular pilsner, the world-class Czechvar, so-called in this country because of ongoing legal disputes with Anheuser-Busch regarding the Budweiser name.

With Budvar Dark as the top bar, I would rate Schell’s Dark lager a pleasant mid-scale beer. As a good dark lager should be, this Dark is malt forward, but not aggressively so. I’ve had dark lagers that were so loaded with malt that they were almost sweet.

I prefer a balance between malt sweetness and the controlled bitterness and smokiness of the roasted malts used to blacken the liquid. Schell’s Dark achieves that.

However, the brewery almost seems slightly afraid of the dark, for on their website they describe Dark as “one of the lightest dark beers you will find” and “the only reason we call it Dark is because the barley is roasted longer.”

Please, Schell’s, do not be afraid of the dark. We adventurous beer drinkers certainly are not.