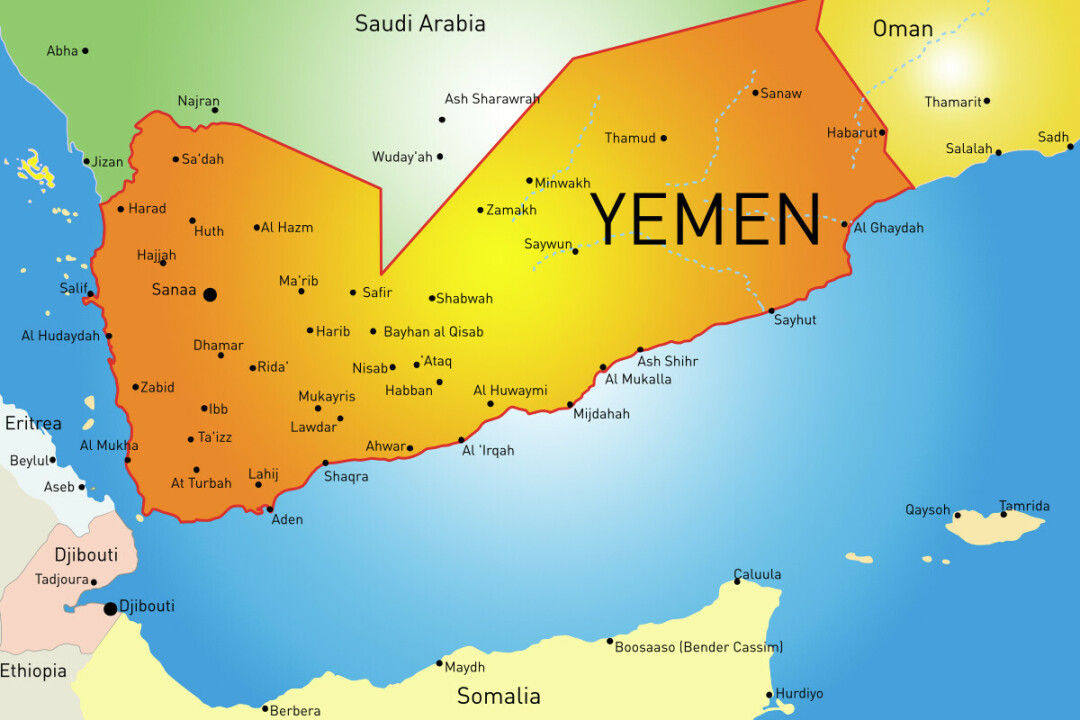 “I wonder now how the foreign policies of the United States would look if we wiped out the national boundaries of the world, at least in our minds, and thought of all children everywhere as our own. Then we could never drop an atomic bomb on Hiroshima, or napalm on Vietnam, or wage war anywhere, because wars, especially in our time, are always wars against children, indeed our children.” – Howard Zinn, historian.

Unfortunately our bipartisan foreign policy establishment doesn’t think of the children when deciding which country to bomb. Too often our militarized foreign policy is part of the problem rather than the solution to international conflicts. Innocent people are just “collateral damage” in our quixotic quest to protect our “vital national interests,” defeat “global terrorism,” or whatever other excuse is used to justify war.

We have invaded, destabilized and overthrown more countries than any other nation in history. And too often we leave a political, environmental, and humanitarian mess behind. We are known for being a military power not a mediator of disputes. We are the world’s largest weapons supplier. More weapons contribute to more wars. Saudi Arabia is the largest recipient of these weapons sales.

Currently Saudi Arabia is using these weapons to a wage war on Yemen, the poorest nation in the Middle East. Yemen is one of many examples of our disregard for the human consequences of war. The people of Yemen are currently suffering the consequences of our Bombs R US foreign policy.

My reading of history indicates that the people of Yemen have suffered from corrupt governments, civil strife and foreign intervention almost continuously since 1839.

The latest internal power struggle began in 2014 with an ethnic Hout-hi uprising against the corrupt government of Abdrabbuh Mansur Hadi. The uprising was successful enough to force Hadi into exile in Saudi Araba.

In 2015, Saudi Arabia and United Arab Emirates began bombing Yemen to return the exiled Hadi to power. This conflict has grown into a regional proxy war between Saudi Arabia and Iran, which is supporting the Houthis. 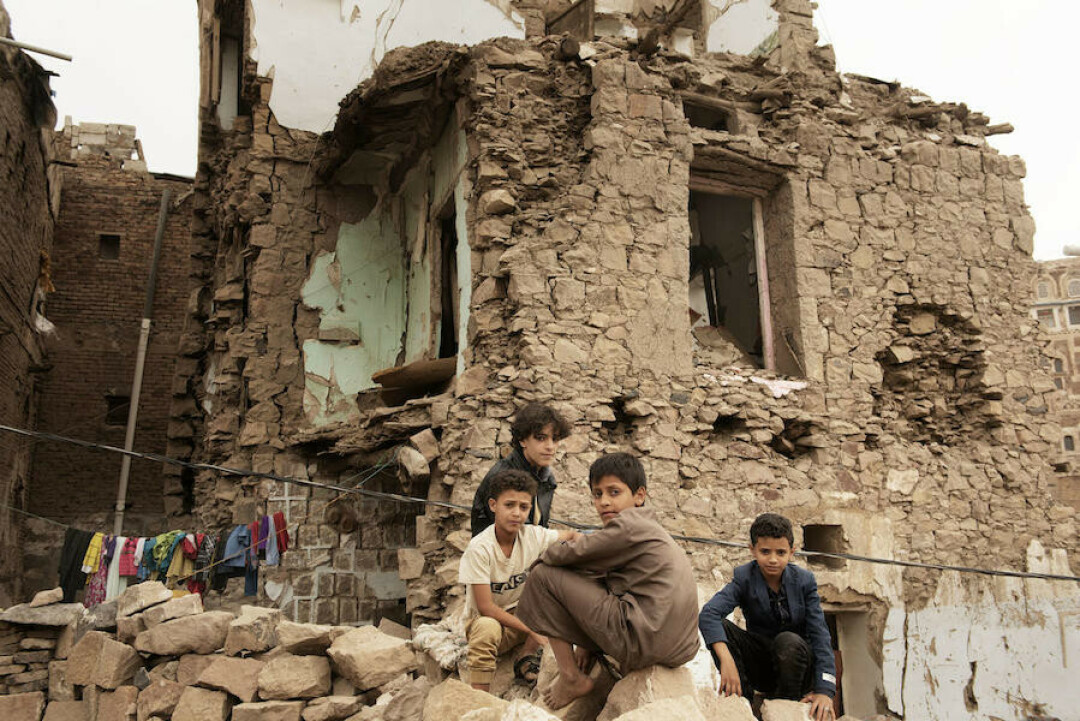 The U.S. is supporting the Saudis with logistics, intelligence, arms sales, and air refueling. In addition Yemen has had been part of the U.S. war on terrorism and the site of al Qaida attacks and U.S. drone bombings of suspected al Qaida leaders.

Since 2015, Saudi and allied warplanes have flown 20,000 airstrikes on Yemen – an average of 12 attacks a day. News reports say only about a third of these attacks are on military targets. Many attacks hit civilian and pubic infrastructure targets.

The Saudis also blockaded the country’s ports, contributing to the humanitarian crisis. Despite the overwhelming military power of the Saudi coalition, and the support of the U.S and U.K., the war has become a stalemate. The war is not going well for either side but the human suffering is continuing unabated.

Six years of civil war has created a humanitarian disaster. Half the country’s 32 million people are on the brink of starvation. The country recently had the worst cholera out-break in modern history and now is being hit with the COVID pandemic. The war, starvation and disease are estimated to have killed 235,000 people. Half of these were children

There are 3.6 million internally displaced people living in makeshift shelters and refugee camps.

The Houthis are not saints or “free-dom fighters.” They have committed atrocities. They are fundamentalist Muslims with Medieval social attitudes.

Based on the history of similar groups, I think it is safe to say a Houthi victory would not be good for the people of Yemen. The likely outcome will be continued chaos, factional conflict and a failed state. The future looks grim for the children of Yemen.

Why is the U.S contributing to this tragedy? Why do we support Saudi Arabia – the most repressive monarchy in the region – against this poor, struggling country?

The foreign policy establishment would say we are protecting our “vital national interests,” combating “global terrorism,” or some similar lame excuse. Our opposition to Iran is a major reason.

A more telling reason for our “Bombs R Us” foreign policy is a recent statement by Raytheon CEO Greg Hayes. Speaking to investors about the potential loss of a $500 million weapons sale to Saudi Arabia he said, “Look ... peace is not going to break out in the Middle East anytime soon. I think it remains an area where we’ll continue to see solid growth.”

Seldom does one see a more blunt, or reprehensible, statement of the venal-ity and immorality of the merchants of death. There is “growth” potential and good money to be made in bombing children.

President Biden has announced he will end the U.S military support for Saudi Arabia and the war on Yemen. He said, “Diplomacy is back at the center of our foreign policy...we’re ending all American support for offensive operations in the war in Yemen, including relevant arm sales.”

He has appointed a special envoy to negotiate an end to the conflict. He has reversed the Trump designation of the Houtis as a terrorist organization.

These are good steps toward a peaceful resolution of this conflict. But the devil is in the details.

A closer reading of what President Biden said reveals a great deal of wiggle room. He said we would end support for “offensive operations” and “relevant” arms sales. We will continue to provide “defensive” support to Saudi Arabia.

U.S. forces will also continue drone operations against al-Qaida in Yemen and the region. It appears the new administration is distancing itself from a failing war rather than renouncing military action as a tool of foreign policy.

Real change in our foreign policy requires ending our belligerent actions in many other countries.

Diplomacy will “be back” when we stop supporting Israel and support justice for the Palestinians.

We will know Biden is serious about diplomacy when he ends sanctions on Venezuela, Cuba and Iran. He needs to negotiate a treaty finally ending the Korean War. We will know change has occurred when ALL our troops (and mercenary contractors) are out of Iraq and Afghanistan.

I hope President Biden is sincere about strengthening diplomacy. But he will need prove it to the world and actions speak louder than words.