Hate the sin not the Trumper 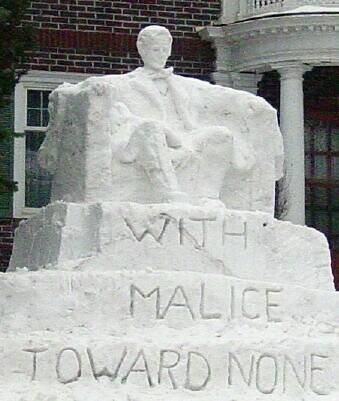 On Wednesday I received this message from strangers on Facebook: “You are full of hate.”

I paused a moment and wrote back: “I am glad you are concerned about me.” Unsatisfied, I searched for the married couple’s Facebook Page. It was innocent enough but I instantly recognized one their friends.

My best guess is that one or both of them read my most recent Reader column comparing former President Trump with Osama bin Laden. That would have riled up any Trump devotee but I added a little extra venom. I left blanks for two missing words that no 10-year-old could fail to fill in.

I used them recently and my wife recoiled in disgust. I meant to be provocative but if this is not what provoked my correspondents it could have been any of another dozen such columns.

This is what I feared the moment Donald Trump rode down an escalator to announce his candidacy. I have watched the Republican Party’s string pullers create a party that would be receptive to a demagogue. I fought a losing battle against this for 30 years. The guardians of the Republican party had no idea that their John C. Calhounization of the party would make it ripe for the picking for someone with Donald Trump’s chemistry.

For the first year after Trump’s election I found solace in the talented late night comedians that picked him to pieces. In large measure they were simply repaying Trump supporters for the Trumper’s feverish enthusiasm for pissing off liberals.

Our nation has become a conflagration of dueling flamethrowers. There is only one man who benefits from our era of grievance, Donald Trump.

At the moment our best science is needed to stop an imminent mass extinction on Earth but Americans hate each other with such intensity that our children will be consumed because we are too busy fighting.

I regret nothing I have written about Donald Trump. I am, however, sobered by the knowledge that Trump has legions of Isis-like, gun-toting fans who want to make the Turner Diaries come true.

I must stay true to myself but I must also stay true to those who, like me, only want a better America. That includes most if not all of Donald Trump’s fans.

When I saw that my correspondents had read my brief reply I typed a more fulsome message. This is it:

“I would ask you to think about what you would think if someone you didn’t know suddenly sent you a message saying: ‘You are full of hate.’

“I don’t know if this message was from you. Much that is on the Internet is from anonymous people hiding their identity. If it was from you I applaud you for your courage to publicly identify yourself. I will reply in brief just in case you really do think that I am full of hate.

“Of course, you have not explained to me what about me you consider proof of hate. It would help me better reply to you if you were to spell that out. I have strong and confident opinions and I freely share them in public, including on Facebook. I refuse to write anonymously. If you would take the time to share your thoughts with me I would be happy to correspond with you and help clear up or confirm your suspicions.

“Judging by your pictures I presume that your parents knew all about the humorist Will Rogers. He famously said that he never met a man he didn’t like. That has been one of my favorite sayings ever since I first heard it. I also think that hate burns a hole in people. Perhaps you might agree with my thinking. Sincerely, Harry Welty.”

A few moments later I received this response: “It’s nice hearing from you. I promise to get back to you.”
I replied, “Great, Thank you.”

I am still waiting. I have no idea if my correspondent’s first impulse to write back has cooled or not. Whether it has I know that the only way to break America free from our current nightmare and a terrible future for our children is to engage in conversation.

Harry Welty tries to maintain a scintilla of humility at lincolndemocrat.com.