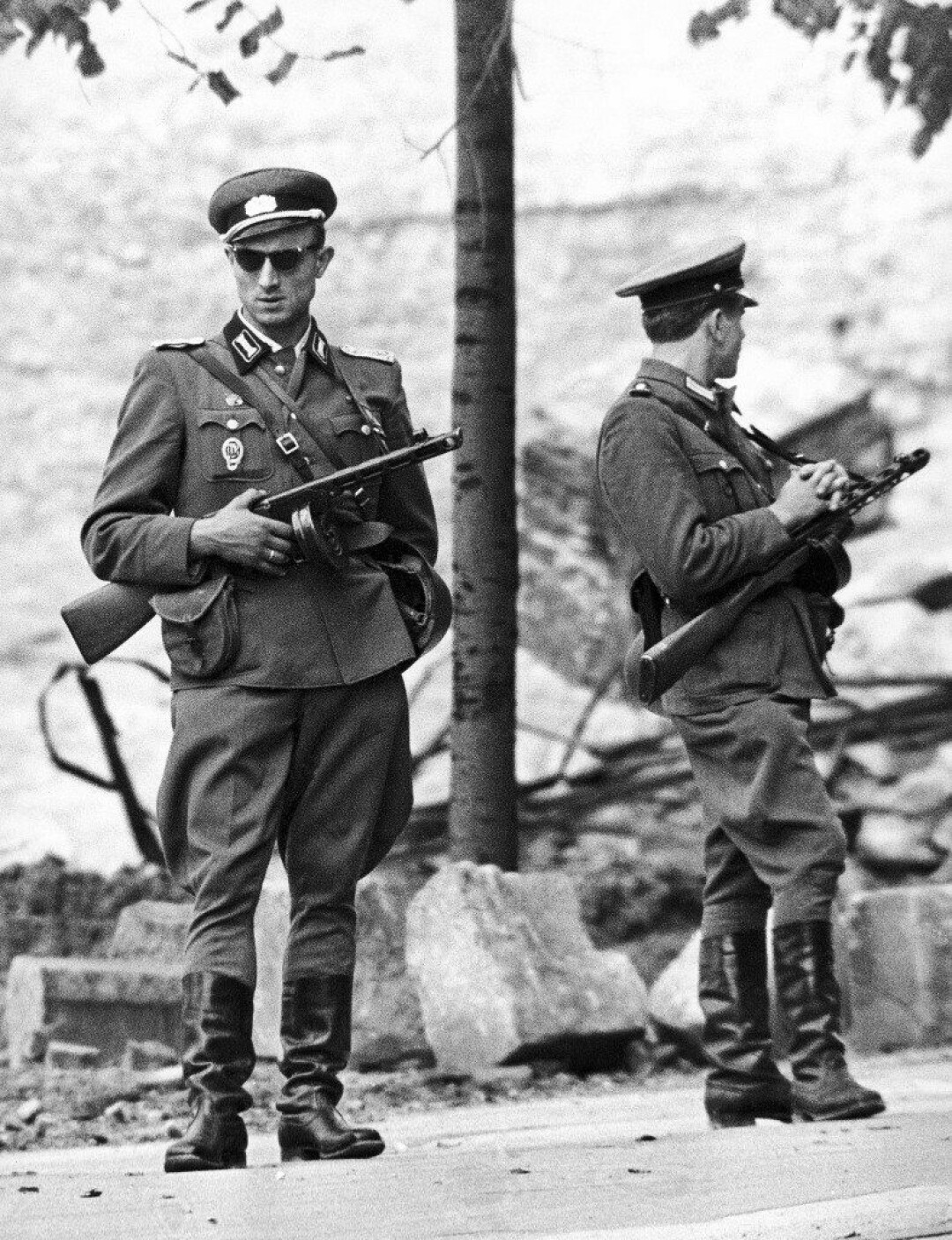 Recent scenes in DC remind me of the time when public areas in Western and Eastern Europe (more so in the East) featured pairs of armed military along busy roads, outside government buildings, in airports, and etc.

As a lobbyist I’d many times gone through the Capitol Police screening entry to DC buildings, but addition of military presence in Europe left me at first uneasy.

What ongoing threat needed automatic weapons in so many places?

In time I got familiar with the situation and accepted the explanation of military as necessary protection from a threat that was everywhere. An enemy who looked and acted like me could be me.

A visitor, I quickly grasped the importance of constant alert.

Somewhat like dealing with today’s virus, confronting an invisible deadly threat that could come from anywhere at any time needed cautionary distancing.

Accustomed to open talk, I was put off by the suspicious hesitancy so often found dealing with natives.

Their eyes went here and there, avoiding contact. It wasn’t in my northern Minnesota background to look at those around me as possible or probable enemies.

But I see now how many eyes alert for enemies might see innocent conversation as potential insurgency, insurrection, or treason. Innocent they might appear, but people you met could not be taken on faith or trusted. Any of them might carry the dissension virus that doomed them and would do the same to you and yours if you mistakenly touched a thread of an unseen web.

With threats so serious it’s no wonder the daytime police and military presence needed the added bolster of forces that arrived in the dark to excise social cancers.

To my relief (I’m ashamed to admit relishing a relaxation of caution) small towns and rural areas behind what we then called the Iron Curtain people sometimes relaxed their cautionary ways to respond with human warmth instead of wary suspicion. In those days a hearty embrace and kiss to both cheeks was a sign of welcome. That was not something you’d experience if the one embracing you kept a machine gun on their chest.

It seemed there were two worlds in these nations. The one emerged large in the ever watchful and suspicious cities. The other stuck its head up in private settings where the great eye of Sauron didn’t see. As an American I’d learned that when what’s inside doesn’t match your outside you’re possibly in trouble.

But you know, various reasons for or against this or that aren’t what sticks the way something from the heart takes hold and brings meaning.

One of the trips behind the curtain was a family affair including my mother. To a teenage boy trying to get away with things the woman was a plague. But, I swear before God, she had a way of befriending people that was magical compared to my bumbling.

At a village market mother took up with a local woman with a tale she needed to tell. Not understanding the language I got the story in translation later. But the woman’s short blunt fingers and sun dark hands told of labors I didn’t need see to know were real.

You’ll have to accept the second hand nature of my version and ask yourself how close you think I am to having it right.

Central European peasants who weren’t driven from their homes during WWII were used military forces as serfs required to deliver local resources for official use. Most livestock and machinery was removed early in the war. Toward the end more was demanded. Seed had to be turned over along with the last of the work horses.

The woman’s grandfather had one of the few horses, an old and sometimes temperamental animal he knew well from years of working together. Parting with the horse might well lead to famine when people alone had to ready fields for planting.

But orders were to be obeyed if you didn’t want your home burned and family driven off to starve. Reluctant but dutiful, the old man prepared to hand over his old friend, but wished those who were taking it to know the tired old beast needed to be coaxed to work but would then give its best.

Hat in hand, he began to explain when a soldier swung his rifle barrel. The sight took a piece from his forehead, the front stock smashed his nose, broke his jaw and took out a few teeth.

The old man was silenced for fear he’d say something unacceptable or in protest. He died later of malnutrition, being unable to chew rough food and from mouth infections consuming his weakened body.

I never met the man but believe I know (as many of you) what killed him. It wasn’t the serious mouth injury. The fatal blow was to his heart slow-dying of sorrow. Brutally stopped from speaking, the man saw the uncaring death faced by his

companion of so many labors. On slim rations, soldiers had no patience for a balky horse. They’d bayonet it in the gut; a lingering death before horse meat was added to their menu.

Cruelty to animals runs hand in hand with heartlessness toward people. A little more suffering doesn’t matter where there is suffering all around. All that matters is being on the bayonet’s dull end.

What I say next has often annoyed hell out of those who see things this-way that-way when I suggest the soldier who smashed the old man was also victim.

Ordinary people do awful things when they must or their society allows little choice. Show your allegiance to power or face the consequence.

Present use of consequence as applied to elections, words and acts carries the weight of retribution to soldier felt he’d face for not showing the old man who was in charge and to keep his mouth shut. And of course the soldier got exactly the same message and was left to wait for the time he’d be in the old man’s place and avoid it long as possible.