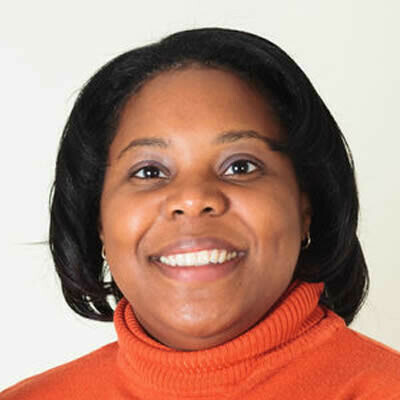 “I think Wisconsinites, like most Midwesterners, think that there’s no history of racism to overcome in the Midwest or in Wisconsin.” - Christy Clark-Pujara, professor of History and Afro-American studies, UW-Madison

“It ain’t what you don’t know that gets you into trouble. It’s what you know for sure that just ain’t so.” Mark Twain

“In 1968, 73% of Whites said Blacks in their community were treated the same as Whites,” Pamela Oliver professor emeritus of Sociology, UW-Madison. (quote from an article on her blog, Race, Politics, Justice)

February is Black History Month. There is a lot that many of us don’t know, think we know which “ain’t so,” or choose to conveniently ignore about Black History. This article takes a brief look at Wisconsin’s history and how Black people have been, and are currently being, treated.

Wisconsin was home to abolitionists and was part of the Underground Railroad helping escaped southern slaves. Blacks were a tiny minority in Wisconsin until after WWII.

In 1910, less than 3,000 African Americans lived in the state. So it seems ridiculous that Wisconsin would have any racial problems. But Wisconsin history mirrors typical American racial prejudice and discrimination.

Black slavery came to Wisconsin in 1725 with French fur traders. After the American Revolution the Northwest Ordinance (1787) banned slavery north of the Ohio River. This federal law was ignored with impunity by Wisconsin settlers who owned slaves.

In the 1820s and ‘30s lead prospectors from southern slave states brought Black slaves to Wisconsin. Wisconsin’s first territorial governor, Henry Dodge, was a slave owner. He eventually freed his slaves but not before he made a fortune in lead mining with their labor.

The writing of the the state constitution involves Black suffrage. In 1846, a first draft of the constitution allowed black men to vote, but it was not adopted.

The successful 1848 state Constitution explicitly barred black men from voting. It did allow all white men, even immigrants who were not citizens, to vote. After statehood three referendums were held on suffrage for black men (1849, 1857, and 1865). All were defeated. Citizenship was defined as being white and male.

Black men gained the right to vote through an 1866 Wisconsin Supreme Court case. The court ruled the 1849 suffrage referendum was invalid because election officials had illegally counted ballots with no entry for the referendum issue as “no” votes. So Wisconsin became the first state to allow black men to vote four years before the 15th Amendment to the U.S. Constitution. This only happened because of a legal technicality. Equality and justice for all was not a factor.

For blacks the decades after the Civil War were little different in Wisconsin than the rest or the na-tion. Strong support for the Union cause did not mean most Wisconsin residents supported racial equality. Legal and social discrimination, lynchings, racial animosity and lack of employment opportunity was common. In 1863, petitions to outlaw further black immigration into Wisconsin were introduced into the state Assembly.

According to the Wisconsin Historical Society the Ku Klux Klan is part of Wisconsin history. The Klan began in 1865 in Tennessee, and appeared in Wisconsin in the 1920s (one of the peak periods of Klan activity) but died out by the end of the decade.

A resurgence occurred during the Civil Rights Movement of the 1960s. Three Klan chapters existed in 2004. According to the Southern Poverty Law Center, in 2017 Wisconsin had 13 “hate” groups, most of them white supremacists.

In the 1960s blacks struggled to overcome discrimination, school segregation and economic inequality in Wisconsin. Milwaukee was one of the most segregated cities in the country.

The 1954 Brown vs. Board of Education decision by the U.S. Supreme Court did not integrate schools in Milwaukee. Most blacks lived in the inner-city with limited employment opportunities, poverty and inferior schools.

All this happened despite federal legislation to end discrimination. All these struggles continue.
What is the situation today? The Center on Wisconsin Strategies (COWS) tells the story in a 2019 report titled “Race in the Heartland: Wisconsin’s Extreme Racial Disparity.”

The report says, “Wisconsin has the regrettable distinction of ranking among the worst states in the nation for racial inequality.”

Black infant mortality is three times higher than for white babies. Child poverty is 3½ times that of white children (4th highest in the nation). Black men are 11 times more likely to be incarcerated (number two nationally).

Jeanne Theoharis in her book" A More Beautiful and Terrible History: The Uses and Misuses of Civil Rights History," discusses white resistance to integration of schools in the “liberal north.” She says,
“This history is humbling – showing how hard it is to do the right thing and exposing the many barriers to unseating the status quo. It reveals that the perpetration of injustice is not always about hatred but often about indifference, fear, and personal comfort.”

Racism has permeated American and Wisconsin history from the beginning. Racism continues today because of racial hatred by white supremacists but also because of the indifference of many people. The common attitude is: if it doesn’t happen to me and my family it doesn’t matter.

Racism and inequality will continue until we honestly face our history and understand its damaging impact. We all must take responsibility for ending racism and building a more just society for everyone.