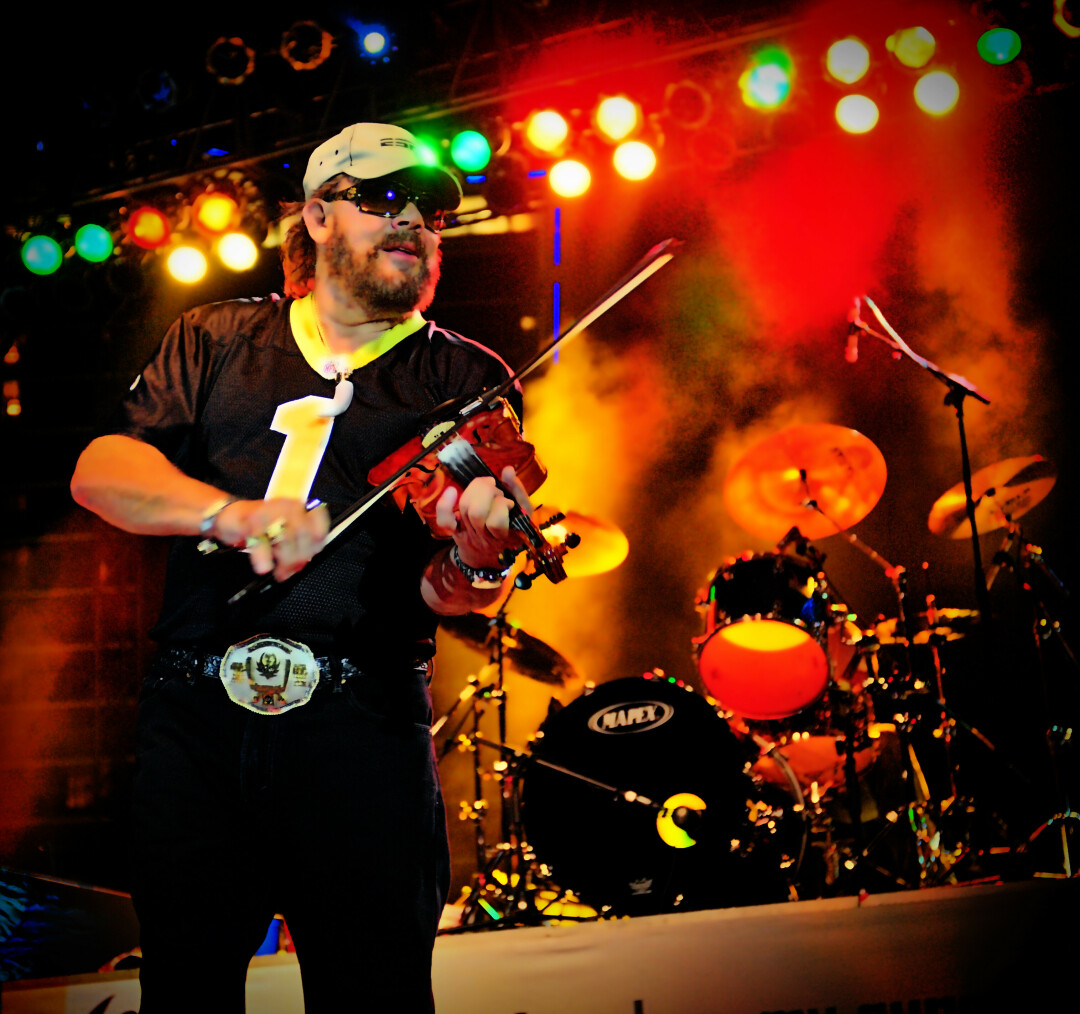 In "Living Proof" Hank Williams, Jr. sings, Why just the other night after the show an old drunk came up to me / He says "You ain't as good as your daddy, boy and you never will be."

In the latter part of the 19th century, a Frenchman who desperately wanted to be a poet found it frustrating to have to find words that rhyme, and decided that rhyming words had all been used up. He invented a free form called vers libra. Failed English poets thought that was a great idea, too. Other people, also incapable of finding words that rhyme, became poetry editors at major magazines, leading to the situation where rhymes were left to lyricists, and any poem that rhymed was considered hopelessly out of date.

In the early years of the 20th century, P.G.Wodehouse, a superb lyricist himself, considered the words to Longfellow’s “The Village Blacksmith” :

Under the spreading chestnut tree
The village smithy stands.
The smith a brawny man is he
With large and sinewy hands.

He said if Longfellow were writing now (1916) he would have to revise his poem for it to sell:

In life I was the village smith,
I worked all day
But
I retained the delicacy of my complexion
Because
I worked in the shade of the chestnut tree
Instead of in the sun
Like Nicholas Blodgett, the expressman.
I was large and strong
Because
I went in for physical culture
And deep breathing
And all those stunts.
I had the biggest biceps in Spoon River.

(I tried my best to find out who Nicholas Blodgett was, without any luck, so maybe he was actually Wodehouse’s expressman.)

Spoon River refers to Edgar Lee Masters’ “Spoon River Anthology,” published in 1914, and one of the most popular early examples of free verse. I have read a little of that, and although I am not particularly fond of free verse, at least the part I read was, unlike many modern poet’s works, totally understandable.

Wodehouse doesn’t let lyricists off the hook, either. He says that lyricists can make “home’ rhyme with “alone,” and “saw” with “more,” and go right off and look their innocent children in the eye without a touch of shame.

I have a few friends who write songs. I have never seriously tried, because I would anticipate having trouble with the music composition. The lyric rhymes, I admit, have disturbed me at times. It’s a common problem in all genres, just because of the limitations of the English language. Less common, but still grating to my ear, is what I call “awkward phrasing.” (I’m sure there is a technical term for this.)

I noticed it in a couple of Hank Williams, Jr. songs. I remember thinking that he must think — since he IS Hank, Senior’s son — that he doesn’t have to be bothered to fix his lyrics. He is, after all, heir to the Country Music Legend, and people will be too star-struck to notice.

He has lived off his father’s legacy for most of his life. I know he has been fawned over by country music fans and famous artists because he was “Little Bocephus.” His mother saw him as her little goldmine, so she had him singing Hank Senior songs from the time he was 8 years old. He even sang his dad’s songs on the Grand Old Opry, and got an ovation. (He was only 9 then, so what would you expect?) His name was actually Randall, but who would pay good money to go and hear Randy Williams sing? I thought he would gradually fade away, but no such luck. Some record producer, knowing that the name alone would sell, made him an offer he couldn’t refuse, singing other people’s songs.

Then he started thinking that he must have inherited talent as well as the name, and he was off and running. I didn’t particularly like his songs or his singing, but with a very little thought, I changed his lyrics to resolve the awkward phrasing while retaining the meaning, so he should have been able to do it too.

In Nashville, EVERYONE’s a songwriter. Ask anyone you meet what they do for a living, and they would tell you they are working in a restaurant. “But,” they will add, “I’m really a songwriter, just waiting to get a break.”

I don’t know if this is still true, but when I was there, all the record companies had a stable of songwriters paid to write for their recording artists. So aspiring songwriters without connections would go around passing out cassette tapes of their songs, hoping to get noticed. I doubt very much that Hank, Jr.’s songs would even get a listen without that name to fall back on.

At the record producer’s office I visited, behind his desk were two bushel baskets full of cassette tapes. (I wonder how long the tapes at the bottom of those baskets had been there?) I later heard him ask his little brother to listen to some of these tapes, and told him that if the first song didn’t “grab him,” toss it. Do you seriously think Hank Junior’s first song would “grab” a record producer?

I was not a fan of Hank, Sr.’s singing voice, but I recognize that he was a master lyricist. His songs, for the most part, would qualify as poetry to me without the melodies.