Song From the North Country 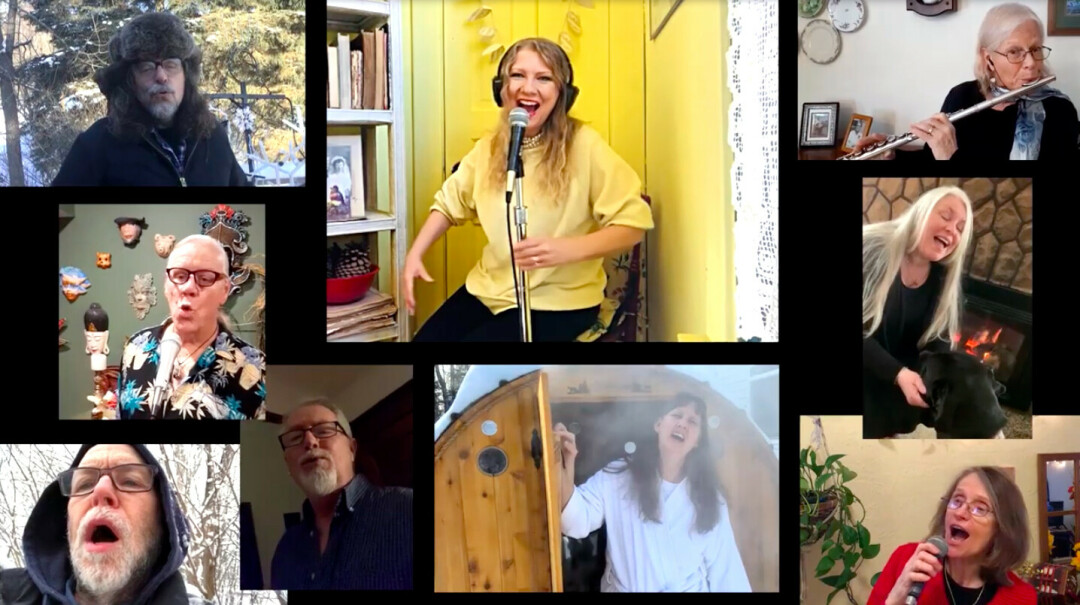 Musicians from Northern Minnesota and Wisconsin make up the cast of Song From the North Country.

“It’s Gonna Be Love,” a song written by Kim Curtis-Monson and Mike Monson, was released earlier this month on Facebook and Youtube. It features a rarity these days: local musicians jamming together.

They’re not in the same room or even time frame. They’re all in their own living rooms, home studios and back yards. One drums on a woodpile, another tap-dances, another sings while stepping into an outdoor sauna. They’re miles apart but the music and harmonies beautifully blend.

“It’s like sitting around a campfire,” said Timothy Soden-Groves, who produces the videos.

As the pandemic closed in last year, many musicians took to the internet and performed in isolation from their homes. It was a joyful response to adversity, but a crucial element was missing, namely collaboration.

“North Country” draws inspiration from “Playing for Change,” in which musicians around the world perform on a single song such as “Stand By Me,” overdubbing the same track. Soden-Groves and fellow musician Leslie Black started recruiting others for a localized version and the project grew.

The songs were selected by ranked-choice voting among the participating musicians. The first, “Flood Waters,” was written by Bill and Kate Isles in 2011, but the lyrics can apply to the pandemic era: “There’s a song you used to sing before you lost everything / Don’t let the flood waters take your song away.”

“I think all the collaborators felt that the song was incredibly relevant to the times, as it is today,” Soden-Groves said.

“It’s about the floods of life, keeping your head up and not getting swept away,” Bill Isles said. “We’ve had our songs recorded by others but not en masse like that. It was pretty awesome, emotionally.”

Soden-Groves has been doing audio recording for 30 years, but video is relatively new to him. “The process is that initially we send out a reference track, basic drum and rhythm, and they play along. Some record, then play back and do a Milli-Vanilli thing (lip-synching) for the video,” he said.

It’s complicated, needless to say. In the second video, “Freedom Song,” which Soden-Groves wrote, the timing is slightly off. “It was all ready to go and I screwed it up somehow,” he said. “A couple of mouse clicks threw it into total chaos, I’m not sure what happened. So I settled for pretty good.”

But there are also happy accidents. Local country music legend Don Brown appears in the first video. As he sings the line, “The sun is breaking through the clouds,” the sun does exactly that over his shoulder. “I thought the sun would ruin the shot,” Soden-Groves said. He kept recording and the scene stayed. 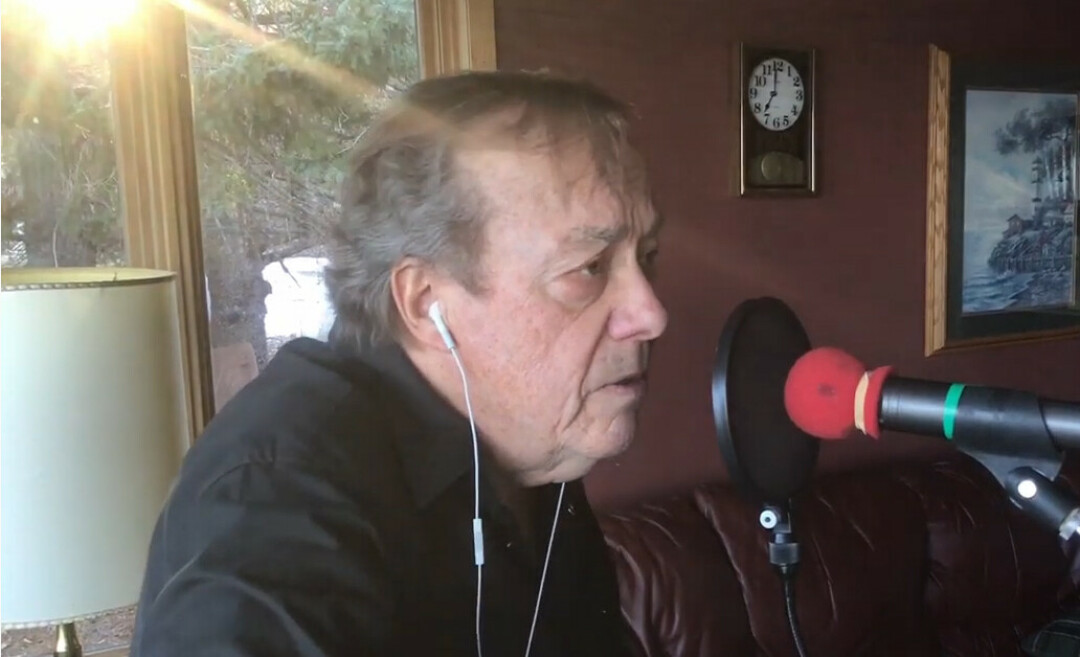 The sun shines on Don Brown at an opportune moment.

“As producer I’m sitting at the edit desk, receiving emails with audio recording attachments and Google drive attachments, some days are like Christmas for me,” Soden-Groves said. “I’m blown away by how creative they are, sometimes I laugh out loud, sometimes brought to tears by how much insight and how compelling folks can be.”

The next piece to be recorded will be whatever wins the Bob Dylan Songwriting Contest, part of the Duluth Dylan Fest May 22-30. Last year’s Dylan Fest was cancelled due to COVID, other than a few virtual events. This year, with Dylan’s 80th birthday, the festival will be a hybrid of virtual and live events.

“The last songwriting contest was at Sacred Heart,” said Zane Bail, committee member with Dylan Fest. “Having it in that venue was incredible, they loved playing on that stage. We can’t do that this year, wanting to be safe, but this is an exciting way to have a contest and still feel it’s a collaboration.” The committee will release contest guidelines in March on the website.