The nuttiness of Pisces 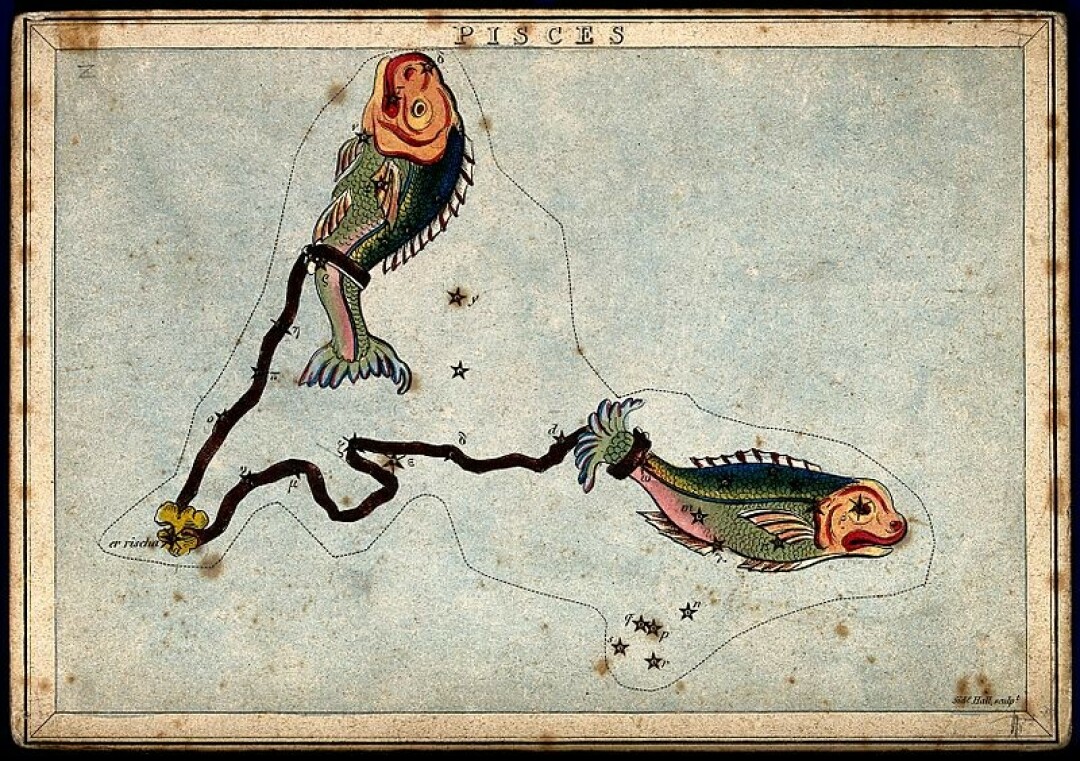 As the last sign of the zodiac, Pisces embodies a bit of all the other signs. In other words, they’re nuts.

Welcome to the Twilight Zone.

Their element is water. Any chance to cry, they are on it. After all, as the 12th sign of the zodiac, they reside in the house of sorrows. Any chance to throw you under the bus – ditto any chance to play the victim or the martyr. Well, you get the drift. They are experts at the art of self-undoing.

Their quality is mutable, which just means wishy-washy and infuriating. They tolerate everything, because they can’t figure out how to do anything about it.

Their symbol is the fishes – one swimming one way, and the other swimming in the opposite direction. (Really, this is too easy for me).

Bottom feeders, piranha, sharks. Fish are resistant, not realistic. They have a paralyzing fear of change. They really don’t feel they deserve anything, and settle for less (loser magnets).

Their ruler is Neptune. Isn’t he a forgotten God of the Sea? I think we once had a statue of him in Duluth, and some asshole burned it down. Probably in retaliation of being treated like shit by a Pisces.

Their dream job is being a professional mourner at a funeral.

Their key phrases are: “What was I just doing?” or “I’m so confused.”

Pisceans are sensitive to the point of ridiculousness.

You sneeze, they feel offended in advance. You are probably sick, because they gave you a cold, since they were around a toddler 3 weeks ago. They will gear up expecting you to blame them. You are clueless, because, oh, I don’t know, you’re NORMAL!

“You go on ahead … I need to do laundry anyway.”

“I’m probably not as pretty as your last girlfriend, so I understand if you don’t take me anywhere.”
“I don’t remember you telling me to put oil in the car. You don’t understand that I dance between the worlds. I’m psychic.”

Psychic, my ass – bluffers and cons. All they have to do is get the typical wistful Piscean look in their eyes (they all have it – an important clue for you!)

And then they spout off about being side-tracked by everyone’s aura, or “I would have been here earlier, but the Angels told me to clean my fridge out.”

Hold your ground. They have no conviction, so it shouldn’t take long for them to apologize, and morph into some other weird-ass form of themselves – (pray it’s a good one).

This is NOT a mind-oriented sign, but one of feelings and instinct. That’s why you’ll catch them running through your contacts on Facebook, or checking up on your Instagram likes.

They will hold you responsible for shit you did 5 years before you even met their sorry asses.

Pisceans are the Trolls on the inter-net, hiding in Mom’s basement, certain that Alex Jones is sending nukes to Antarctica so we can conquer the alien invasion set to arrive in the year 2020.

They are Never Trumpers, but they were also Never Hillary. They just don’t like to have to make choices, so they voted for Beyonce. That’s why she’s #1!

The power of the Pisces, see? That’s how their minds work. Geez.

If you argue with a Pisces, they will flip their viewpoint a half-dozen times. You can have fun with this, as you watch them slip into a state of rote agreement. Prove your argument, and the Pisces simply retreats into a convenient world of fantasy mind-blowing.

“Look! Can you see Jesus in that cloud?”

No, but I see my foot up your ass.

The Pisces man is a natural born liar. He has honed lying to a fine art. He’ll tell you he was at his friend’s house talking about material for the book he plans to write – translation: the only writing he did was the phone number of a sleazy stripper on a cocktail napkin.

Don’t panic. You’ll find it in his jeans. He’s too forgetful to actually remember to cover up his cheating.
If he hasn’t found his chosen career by his late 20s, forget it. You can look forward to a virtual reality “gamer” who is on level 14 of some ridiculous zombie invasion. Or he’ll tell you he plans on making his fortune by winning the lottery.

If you don’t mind being the breadwinner, and the adult, go for it. This guy was meant for you.

The Piscean woman practices the fine art of delusion. Every man she sees is potentially “the one!” She will insist to her friends that he’s her “soul mate” or “one true love,”

She has kissed plenty of toads to get to Prince Charming, but the trouble is, she doesn’t really look any farther than the swamp.

Ideal potential boyfriends for a Pisces:

Of course, if you are demented, unemployable, a narcissistic-sociopath, a pathetic mama’s boy, or a felon, this kind of Pisces chick is ideal for you.

Pisceans are not physically very healthy. Too much attention on emotions, and not their physical bodies.
They can suffer from allergies and PTSD, and fibromyalgia, and chronic fatigue, and being bi-polar, and having to have a service dog, etc. They have a sensitive nervous system, and pick up the energies of others easily.

In short, they end up looking like a giant ant, or Sheldon Cooper. It’s really not their fault. They are a massive sponge, picking up the energy of everything around them.

They are the co-dependents in any relationship. But, they are also the ones who donate to charities relentlessly, volunteering to serve Christmas Eve dinner to the less fortunate. Knitting hats and gloves for children in need, caring for a disabled parent or loved one. Damn it!

They go where others fear to tread. I can’t imagine a world without them. God bless the Piscean and all their marvelous little quirks.

Lady Ocalat is a Professional Astrologist, Reiki Master, Minister, and Tarot Reader. She can be reached at 218-722-2240, or at Lady Ocalat’s Emporium in downtown Duluth.