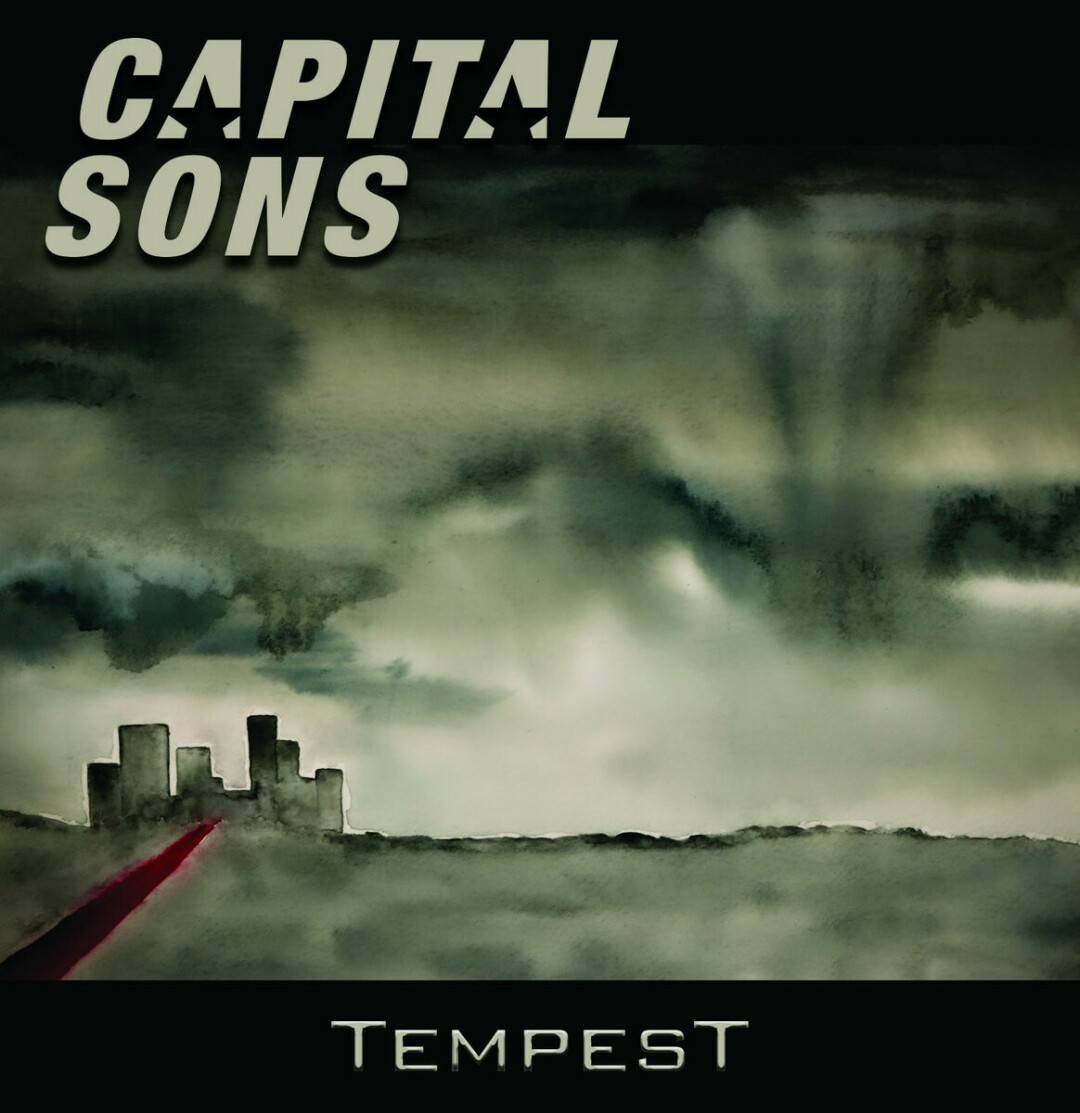 Recently while surfing the internet I ran across a song called “Born Into Chaos” by a Twin Cities band named Capital Sons, whom I know of and like. So I checked it out and I was, like, “OMIGOD! WHAT A GREAT F--KING SONG! IS IT NEW?” I’d heard they were coming out with new material and I figured this was a first taste.

Turned out, no, it was from their 2018 album, “Rose-Colored World.” I have that album. I reviewed it for these pages in 2018, but I didn’t even mention “Born Into Chaos.” How the hell did I miss it?

So I played back the whole album and saw why. It was buried in an entire album of GREAT F--KING SONGS. I gave the album a positive review but the praise was somewhat restrained, as I wasn’t sure it would hold up over time.

Two years later I can say for a fact, “Rose-Colored World” is a GREAT F--KING ALBUM. Only weak spot is a cover of Led Zeppelin’s “Immigrant Song,” but only because, in the wise words of The Fonz, “Aaayyy, how can you improve on perfection?”

Now the Sons have released “Tempest,” a four-song EP, the best any band can be expected to do under COVID. They haven’t lost it. Every song is a grand slam: hard-driving, passionate and flawlessly performed. Karl Obermeyer has the goods as lead singer and songwriter; Rick Paukert and newcomer Keith Raney, on lead and bass respectively, are exemplary guitarists; guest keyboardist Jesse Mueller is a great find. And Mike Jueneman’s drumming? Holy sh-t! It’s almost a relief that it’s just an EP, because another entire GREAT F--KING ALBUM would be overwhelming.

Things became dicey when I paid attention to the lyrics. The opening piece, “Revolution Road,” is an earnest song about … revolution: “We’ve seen enough to know that nothing ever changes / We’ve heard the patronizing countless times before / We need to mobilize before they advertise / We’ve got to recognize that it’s all just lies.”

This would have been run-of-the-mill in the 1960s, when revolution was fashionable to sing about but not much of an actual threat, beyond The Weather Underground blowing up property and themselves, and 50,000 protestors psychically levitating the Pentagon. Thunderclap Newman’s 1969 “Something in the Air” was a Top 40 hit in the U.S. with the lyrics, “Hand out the arms and ammo, we’re going to blast our way through here,” and the FBI didn’t bat an eye. The Nixon Administration was more alarmed by Brewer & Shipley singing, “One toke over the line, Sweet Jesus.”

Today, the radical right pretty much has the monopoly on “revolution.” They talk up violent insurrection on the web, strut around with assault rifles, shoot and run over counterprotesters and storm the freakin’ Capitol. So “Revolution Road” got me wondering, waaaait a minute, what’s this band’s politics?

I checked the individual members’ Facebook pages. Obermeyer has one snarky comment about the Capitol rioters. Raney has a few liberal-leaning posts. And that’s it. So to my relief, they’re not radical right-wingers. 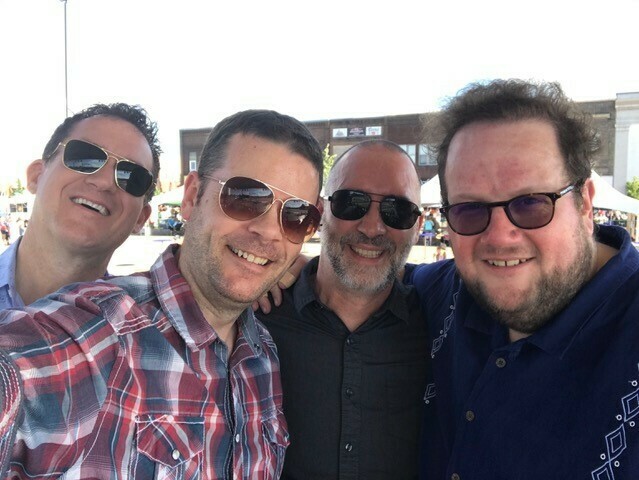 In an interview with Mostly Minnesota, Obermeyer said, “Who doesn’t love a good revolution song, right? And if there ever was a time for something in that nature, you know, with all that’s been going on, wherever you stand politically, I don’t care what side of the aisle you’re on, or if you’re not even in the aisle … Whatever your revolution is, whatever your reason is for wanting one is, I think it’s a song that can sort of relate to anyone.” I dunno, he might be less enthused about relating to just anyone if the song gets co-opted as a fascist anthem by the Boogaloo Bois.

The lyrics to track 2, “Moderation,” are less incendiary, though satirical, with a chorus shouting, in paradox to the rowdy music, “Moderation! Moderation!” The title subject is portrayed as a malaise, “a problem across the nation.”

But what exactly are they saying? The first stanza is about going into debt: “On the TV and in the papers, all the advertisements tell us we need / that new car and that big house, even though we can barely pay rent.” The second stanza is about middle-age, middle-class stagnation: “I used to be thin, I used to exercise, now I just sit in front of my flat screen.” Third stanza is about unbridled ambition: “I will never stop, I won’t ever quit, until the whole damn world is a throne for me to sit.” All worthy subjects, but is there a coherent thread and how does it relate to moderation?

The two songs make more sense when I view them as bookends, both featuring the same unreliable narrator. He’s revolting against the boredom and emptiness of his own life by joining a political movement. This could explain the phenomenon of Trumpies, many of whom are well-off and have nothing to complain about, yet are swept up by the romantic passion of violent political action. It’s similar to the urge that turned bourgeois kids in the ‘60s into flaming radicals, though at least they were revolting against a tangible threat to their lives, the draft. Nixon got smart and quashed the revolution by ending the draft. Associated causes like racism, inequality and legalizing weed would have to wait at least another 50 years.

I don’t know what it will take to pull the plug on the right-wing revolution, other than reinstating the Fairness Doctrine so that people aren’t constantly fed propaganda. I also don’t know if all that is what Obermeyer had in mind, but it’s what I got out of it. If his intent was to inspire discussion, it worked.

The other two tracks, “Crushed” and “Rains Came,” are not controversial, being relationship songs, though “Crushed” has a few tantalizing lines like, “Ignorance won’t make us strong.” Both, of course, are killer tunes.

My only other gripe about Capital Sons is that while they got their corner down tight (‘90s-esque rock and roll) it’s a tight corner. There’s not a whole lot of variety or experimentation. Zeppelin was all over the map, being pioneers of metal, punk and folk rock all at once. Perhaps in their next full album the Sons will break out of their mold. But at this point I’ll listen to anything they do.