Whatever happened to local control? 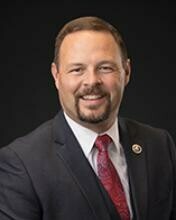 When the free market gets very expensive for the little guy

About 15 years ago we spent two winters in Sun City, Ariz., when the right-wing Republican legislature was playing a child’s game of “King of the Hill,” passing all kinds of junk aberrant bills about abortion, sex, gender, free speech, race, voting and playing “doctor.”

It was a constant source of entertainment because we didn’t have to live long-term with the craziness. After all, we lived in Minnesota, where Republicans and Democrats actually attempted to govern with reason and logic. But now we have moved to West Fargo, North Dakota and the legislature is in session.

Oh my God, the horror of it! Bills about masks, guns, vaccines, seat belts, socialism, choice of race, adoption, sex, transgenders and free speech are just a few of the bills supported by the Bastiat group in the North Dakota Trumplican Party, politicians who range among libertarianism, anarchy, and insanity.

Frederic Bastiat was a 19th century French “gadfly” who believed the only purpose of government was to protect the right of the individual to life, liberty and property, but, it is dangerous and morally wrong to interfere with an individual’s personal matters.

The free market was the Bastiat god, and socialists only wanted the government’s help in plundering a nation and spreading the plunder around. In a debate with Bastiat in 1849, the French philosopher Pierre-Joseph Proudhon summarized his analysis of Bastiat thought in this blast:

“Your intelligence is asleep, or rather it has never been awake. You are a man for whom logic does not exist. You do not hear anything, you do not understand anything. You are without philosophy, without science, without humanity. Your ability to reason, like your ability to pay attention and make comparison, is zero. Scientifically, Mr. Bastiat, you are a dead man.”

After reading some of the bills submitted by the Bastiat group, I think this is one of the most accurate putdowns in history.

What the Bastiats say does not represent 'Republicanism’

One of our West Fargo Trumplican representatives, Ben Koppelman, is a Bastiat attacked by “regular” Republicans.

One commented: “Every time one of them drops some crazy bill or says a stupid thing, we get a chorus of ‘there goes those crazy Republicans again’ when the truth is these bills won’t pass.”

Ben keeps busy trying to overcome the “regular” Republican idea of local control. He has a bill that would ban employers from requiring their workers to get vaccinated and ban civil lawsuits from employees who come down with an illness.

In other words, the Sanford hospital we go to and the multiple senior living facility we live in would not have to require employees who deal with virus victims every minute to protect themselves and us from a dangerous quickly transferable illness.

Quit playing doctor, Ben. If you go to an auto mechanic for a root canal, that’s your business, not the state’s. We have to listen to science, not anti-vaxxers.

Measles has been traced back to the 4th Century B.C. It ravaged mankind for 2,000 years before a vaccine was developed and it was generally eradicated from the earth. Only non-vaxxers get it now.

Bastiiat Ben is also pushing a bill that would eliminate transgenders from competing in their identifying gender, the opposite sex indicated on their birth certificate. A presidential executive order now standardizes an individual’s gender identity as their legal sex.

Do a little homework, Ben. Sex is not defined anymore by what’s between your legs. It’s what’s in your brain.

We are all females for six weeks after conception. Then the genes, chromosomes, and hormones start their fascinating work.

This growth process created Maruree Turner, a LBGTQ+ non-binary Muslim who was just elected to the very conservative Oklahoma Legislature.

Ben, the times are a’changin’.

Bastiat Trumplicans are not in favor of local control

Koppelman is also trying to pass a law forbidding local jurisdictions from passing gun laws that are stricter than state laws. The Fargo Commission just passed an ordinance banning the sale of licensed guns from residential private homes.

We lived in Fargo for more than 50 years before retirement and now we are back in West Fargo. In our first 50 years we hardly heard a gunshot unless it was an ignorant owner cleaning a firearm. Now it seems we have bullets flying or entering flesh every night.

Fed up with the Bastiats yet? Well, I have more from Trumpbastiatica!

One might think as we have traveled 264.2 billion vehicle miles less during this pandemic that the crash death rate would go way down. Don’t believe it.

Inrix, a company that studies traffic patterns, crashes and associated subjects, says the rate of traffic fatalities has gone up 18% during COVID-19. The faster you go on the road the faster you die going through windshields and doors. Speed does kill.

More bodies met metal and glass resulting in more dead. The busiest roads in the nation’s top 25 metro areas have a 31% increase in fatality rates during the pandemic.

A Bastiat believer, Trumplican Representative Jeff Mangrum of Hazelton, has introduced House Bill 1257, which does away with seatbelt requirements for North Dakotan drivers 18 and older.

He doesn’t wear one unless the road is icy or he is hauling a load. He claims: “In agriculture, you don’t have to wear one. We can all agree seat belts are good, but so is freedom. I don’t need no police officer to stop me and say I have to put it on. I’m not willing to give up my freedom for safety.”

Ah, freedom to do what HE pleases. He wants the freedom of flying through the windshield or out a door on a “clean” road.

Who takes care of HIM when he ends up in a nursing home a bedridden vegetable living on tubes? Why should we spend millions keeping HIM alive when a seatbelt might have prevented HIS situation?

It’s true HE doesn’t have to wear a seatbelt when combining wheat or corn, but I remember when combines were used in a demolition derby as an added attraction. I bet those combines had seatbelts!

Bastiat Rep. Jeff Hoverson of Minot supports a bill which would provide financial assistance for adopting couples if they are married and heterosexual. Same-sex married couples are not eligible! They’re second-class citizens!

Bastiat Rep. Terry Jones from New Town wants to add “American” to the list of “race” for official forms. He claims Blacks would check the form because they “are glad their ancestors were brought here as slaves.”

I will repeat a line from the analysis: “Mr. Jones, You are a man for whom logic does not exist.”

In addition, Bastiats have suggested legislation to prevent the governor from giving speeches and to make homosexuality and transgenderism illegal. Welcome to planet Trumpbastiatica, where masks are optional and freedom is always before the corner.

Monkeys steal for food while the rich steal for power

Before tourists enter the famous Hindu Uluwatu temple on Bali, guides warn them about the thieving macaque monkeys that will snatch and grab valuable items such as smart phones, glasses, watches, electronics and other items of value as they stroll through the temple.

Then the monkeys will barter with the tourists for food. The more expensive the item, the more food the monkeys demand. On an expensive item it may take 20-25 minutes of haggling to negotiate a trade.
The monkeys have been stealing bright and shiny things for 30 years and they pass the skills on to later generations.

The robbing and bartering has been researched by several organizations. The lead author of the most reliable study, Dr. Jean-Baptiste Leca, said: “Robbing and bartering is an expres-sion of cultural intelligence on the part of monkeys. These behaviors are socially learned and have been maintained for at least 30 years in this population.”

Monkeys not only cause trouble in cities, they steal food, destroy crops, and raid homes in farms and small villages. Because of the pandemic limiting the number of visitors during the pandemic, the monkeys have become more aggressive in their robbing and bartering, snatching and grabbing with physical abandon.

During this pandemic which may last another year or forever, we have another species on earth taking advantage of it, making trillions of dollars snatching and grabbing from those who are making all that money for them. They stay at one of their mansions ordering $1,000 dinner-takeouts from five-star restaurants delivered by essential workers driving Rolls-Royce delivery cars who expose themselves to a deadly virus daily.

Jeff Bezos of Amazon has increased his wealth by $70 billion in the last nine months while 20,000 of his employees have contracted the virus and 400,000 do not make a living wage. They are subsidized by taxpayers.

Rob, Jim, and Alice Walton of Wal-mart have made $48.2 billion in the same period while refusing to pay store employees a living wage or hazard pay.

Everyone in the country should read Lee Lynch’s article in the Minneapolis Tribune published on Feb. 1. Lee is not in the top of the wealthiest One Percent but he has done fine with an advertising company with 700 employees. Here is a man who knows when “enough is enough” and what will happen if the rich don’t pay their fair share:

“I’m proud of what I accomplished. I’m also humbled by the fact that I could not have done it alone or without all the vital things that our democratic governments do for our economy and society at every level, including my almost free education at the University of Minnesota back in the 1950s. These perilous times make me more concerned than ever about growing inequality and racial injustice in Minnesota, and the need for the most privileged among us to pay back a greater share into the common pot for the common good…..Both our federal and state governments must move on many other fronts to undo decades of policies that have shifted money and power to those at the very top, creating obscene dynastic wealth and threatening our democracy. Those of us near the top must contribute more, too. We must invest in the productivity that occurs when we improve the health, education, and economic security of our work force and all our people.”

Lee is one of the very few wealthy not acting like a monkey snatching and grabbing bright shiny things.