Playing to beat the band 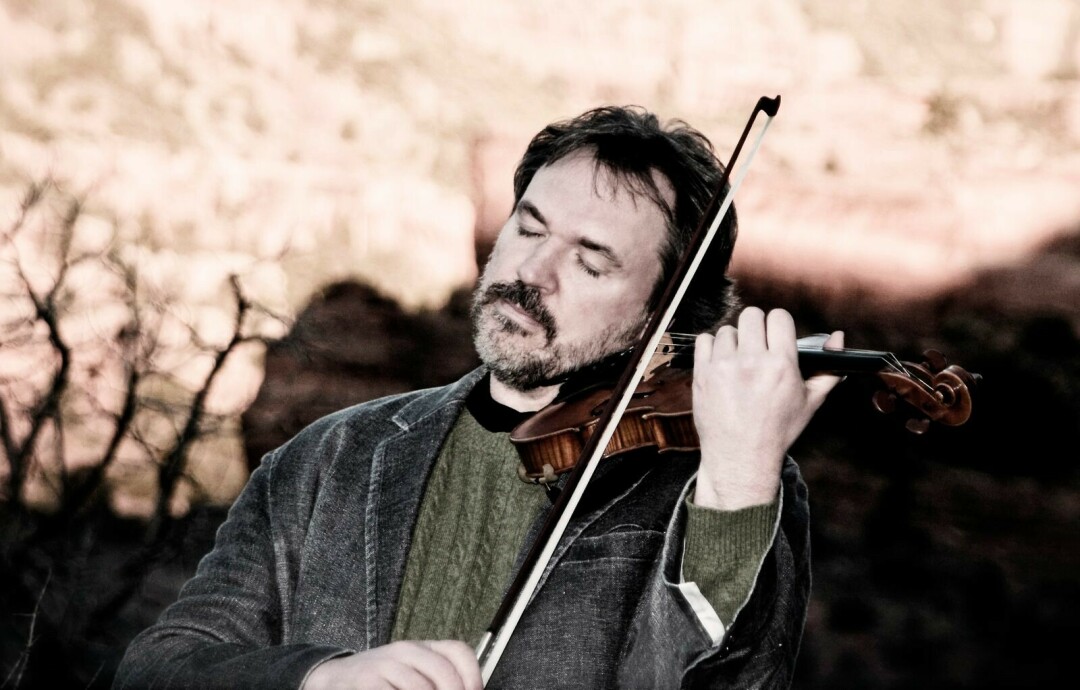 The bass player is the best musician, and probably could play any instrument. He plays the bass because the other members can’t keep time well enough for him. The rhythm guitarist probably does a lot of singing, so he is always worried about his throat.

If you have a steel guitarist, he will be the most normal guy, and also the nicest member. Steel guitarists over a large area all know one another. This is incredible but true. Steel guitars are mostly made in someone’s garage or barn, and each guitarist has some idiosyncratic setups of his own.

There was an Erickson who made steel guitars on the Iron Range. My favorite story is that a guy drove up to a gas station there asking where he could find the Erickson Guitar Factory. The attendant said “Go up the road about two miles. When you see a field full of old Chevys, go up the next driveway. He’ll be in the barn.”

In Nashville, I met a guy named Mark O’Connor in the recording studio. I was there to meet Johnny Cash (my friend’s son is a record producer) but I was actually more excited to meet Mark. I suspect about one in 100 people in this area know who he is, even though he did come to play his violin with the Duluth Symphony Orchestra in a fundraising effort a few years ago. He has played with or for every artist you know of, and some you don’t, including Steve Morse (Dixie Dregs) and David Grisman (Dawg mandolinist). He was wearing a James Taylor tour jacket when I met him, and I noticed him playing with practically every musician who played the late night talk show — sometimes all you saw was his trademark hat.

The reason I was aware of him is that I subscribed to “Frets” magazine, which featured acoustic music: violin, mandolin, banjo and guitar, and Mark is a master of three of those categories. He was a child prodigy and was studying under some of the best bluegrass and old time fiddlers when he was very young. (When “Frets” folded up, I got “Acoustic” magazine until they folded. For some reason, I got two copies of their premiere issue featuring Jerry Douglas on the cover. I still have those. One I read, and the other is still in plastic.)

Vince Gill, who most people probably have heard of, called Mark O’Connor “the greatest musician on the planet,” high praise from someone who is no slouch himself.

In any case, he had a show on the Nashville Network called “American Music Shop.” He usually had Jerry Douglas, the most famous dobroist in the country (if you’re not into bluegrass, you may know it as “Hawaiian guitar”) playing with him, but that night, he had Paul Franklin, a great steel guitarist. I had a chance to chat with Paul after the show, telling him my Erickson Guitar story. He laughed, and said that it is common for steels to be made specifically for the players. He was originally from the Detroit area, and said his dad made his guitars for him.

As a session guitarist, he talked about going on the road or waiting for a call to do recording work. He preferred the recording work, because the money was usually better, and he got to sleep in his own bed.
He has had plenty of studio work under his belt now and he’s considered the top steel guitarist in Nashville.

When Cash showed up, his daughter Cindy came along to watch him do his thing. The song they were working on was “The Devil Comes Back to Georgia” for Mark’s “Heroes” album. Charlie Daniels had been in the previous week to do his part, and Marty Stuart and Travis Tritt had finished their parts in it, too. Cindy was divorced from Marty at that time, so she made sure she didn’t come in when he was there.

Between takes, Johnny came out and chatted. He and June were getting ready to celebrate their wedding anniversary. (I don’t remember which one). Then he sang us a little of a song he wrote called “Beans for Breakfast,” which he said he wrote as a joke, but it still turned up on one of his albums.

After he left, I took his crib sheet for a souvenir.

We broke for lunch after he left at the Long Branch, a Nashville watering hole, where I was introduced to a few songwriters. Everybody in Nashville is a songwriter, but these guys had actually gotten paid for it.
Johnny had done several takes for his part, and finding the best one (I have no idea what determined that, they all sounded the same to me) took some time. When the best take was chosen, there was one note on which he was a little sharp (again unnoticeable to me), which they corrected for on the board.

This was a real education for me. I wondered why the old timers were so happy doing the “Will the Circle Be Unbroken” album with the Nitty Gritty Dirt Band, where they all sat in a circle and did their thing. They rarely see the other musicians now when they record. On Mark’s one song, there were four pretty major stars, all of whom recorded their parts separately. No contact with anyone. Mark had played on some of Johnny Cash’s records, but had never met him until that day.