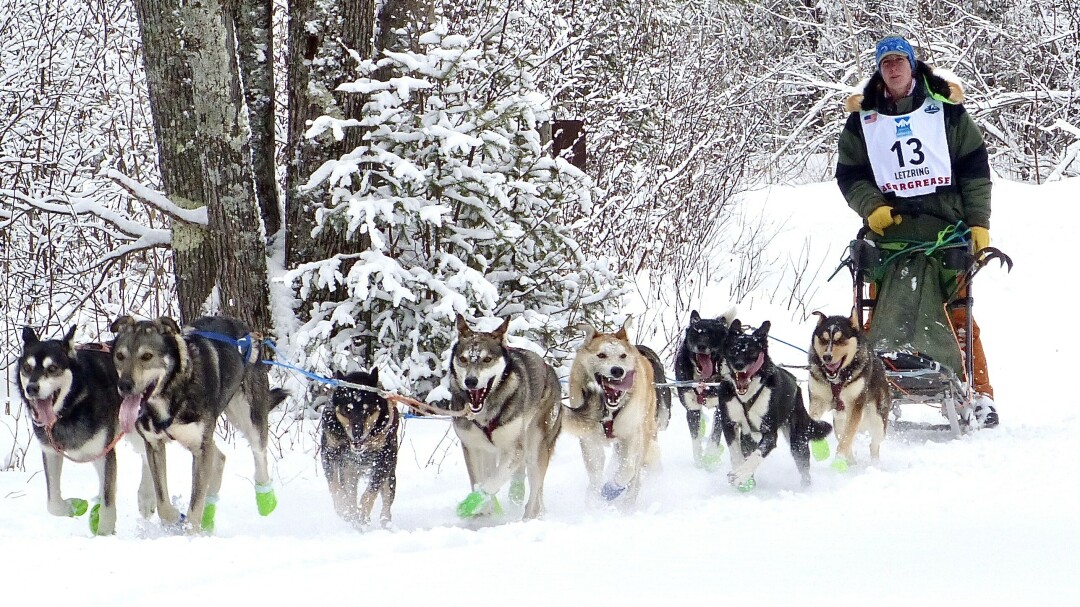 The great thing about the Super Bowl is you might get to watch a spine-tingling, down-to-the-wire battle between the two best teams in the NFL and two amazing quarterbacks — Pat Mahomes representing the young lions as he tries to lead Kansas City to defend its championship, against Tom Brady, the ageless star who will try to lead a nondescript Tampa Bay outfit to glory and prove he made the right move to leave the New England Patriots behind.

Great story lines, and there are dozens more about Sunday’s 5:30-ish Super Bowl. Of course, there is the flip side of that coin, which is that instead of being the ultra-exciting drama we all hope for, the game could wind up being dull, boring, one-sided, anticlimactic or (fill in your own word of scorn here).

Usually, even if it’s a bad game, viewers can take a break in the vast array of snacks and goodies to enjoy the advertisements crafted specially for the Big Game. Except, Budweiser, Kia, and a number of other manufacturers who have created the best ads in recent years have decided not to buy any ads for this year’s Super Bowl. Surprising, because with the coronavirus pandemic limiting travel and fans, there seems likely to be more folks watching on television than ever.

Scary thing we in the sports-watching business must acknowledge, though, is that sports viewing is markedly down this past year, so there may also be a flip side to the forced seclusion caused by the virus, and that is that it’s possible sports fans have learned to get along without the sports events they used to think they had to have. Maybe people have actually found other things to do with their downtime.

We’ll see. Of course up here in the Great White North have all sorts of alternative forms of entertainment. For example, the 37th John Beargrease Sled Dog Marathon was just completed Tuesday night, with one of its most dramatic closing duels. Erin Letzring, of Skagway, Alaska, beat Ryan Redington to the finish line after overtaking one of the race favorites in a virtual sprint from the last checkpoint to the finish. We drove up to Two Harbors, then a few miles up Hwy. 2 to Checkpoint 2 last Sunday noon. As we watched, Letzring was one of several women racing among the leaders, and she was in second place as she sped into the checkpoint. On top of that, she was running an alternative team of Redington dogs!

One of the biggest games in the area in a decade will be next Tuesday night, when a showdown area hockey fans have long anticipated will take place at 7 p.m. at Essential Heritage Center, when Duluth East faces Hermantown. They haven’t played because Class AA Duluth East has filled its independent schedule with the toughest foes he can find, many from the Twin Cities, and every game can help with seeding for the Section 7AA tournament. Hermantown has been beating up on smaller Class A teams, and taking on as many Class AA teams as possible to strengthen themselves for the A tournament. So East coach Mike Randolph has repeatedly said the Hounds would play Hermantown, just as soon as Hermantown goes up to AA, where it belongs. 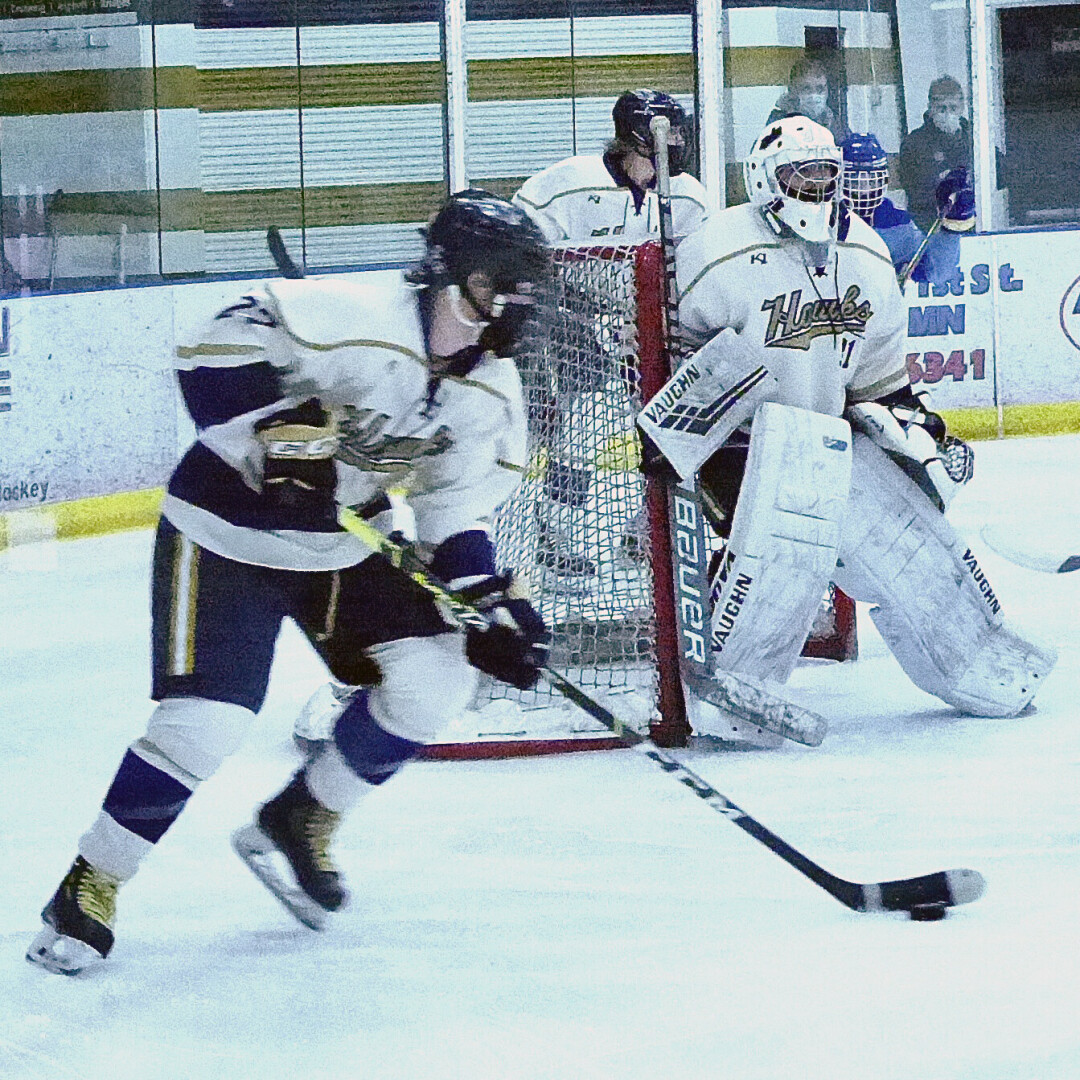 Hermantown’s sophomore Zam Plante wasted no time in his end, heading up ice for a five-goal night in a 10-1 rout of St. Cloud Cathedral.

But the pandemic has done strange things to sports everywhere, and it has greatly curtailed East’s ability to travel and play its normal schedule, so the big game is on the schedule against Hermantown. The will, in fact, play a second game on March 9 at Hermantown. Both teams are off to strong starts, although while East is still in the rebuilding stage for a second year, Hermantown is crushing opponents with a talented and deep and experienced roster.

The story of the game might be nicknamed “Battle of the Twerps,” because little guys who are sophomores are leading both teams. Zam Plante, oldest of three sons of former UMD and NHL star and current UMD assistant coach Derek Plante, is leading the state in scoring. Last wee Zam Plante scored five goals in a 10-1 rout over St. Cloud Cathedral, its state tournament foe from a year ago. Zam has his dad’s creative brilliance but not his size, yet, as he fits into a lineup bristling with stars and Division 1 prospects — including Joey Pierce, who already is committed to UMD.

East, meanwhile, was stung by a 5-5 tie against Denfeld, and barely escaped with a 2-1 victory at Cloquet, but part of the Greyhounds situation this season is that they have eight sophomores and two freshmen on the roster, but coach Randolph isn’t complaining. Some of them are among his best players. One of those is sophomore Cole Christian, who scored at 1:16 to open Monday night’s Heritage rematch against Cloquet-Esko-Carlton, a goal that was followed by junior Kaden Nelson for a 2-0 lead in the first five minutes. Jaxson Ochis got one back for the Lumberjacks, and it stayed 2-1 until the third period.

After a scoreless second period, Christian fed Nelson up the right side, and his goal-mouth pass was hammered in by Wyatt Peterson for a 3-1 lead. Then Christian put the game out of doubt with his second goal, at 11:39 of the third, and he completed his hat trick with a bullet from 40 feet at 15:35, fed by Grant Winkler, another of those sophomores.

Dane Callaway was solid in goal as East held a 38-31 edge in shots. Callaway is a ninth-grader. After the game, we found Christian and Winkler changing out of their sweaty jerseys at the trunk of Winkler’s car. In their insistence on rules to prevent players from being exposed to COVID-19 risks, state officials are subjecting players to the risk of pneumonia by making them go out of the arena to change.

Christian, who said he’s closer to 5-7 than the roster listing of 5-8, is a quick and intuitive spark plug, much like Plante is for Hermantown. He asked how it would be if the two went 1-on-1 next week, and he said he thought it would be fun. “I played on the same team with him in summer hockey,” said Christian. “He’s really got a lot of skill.” 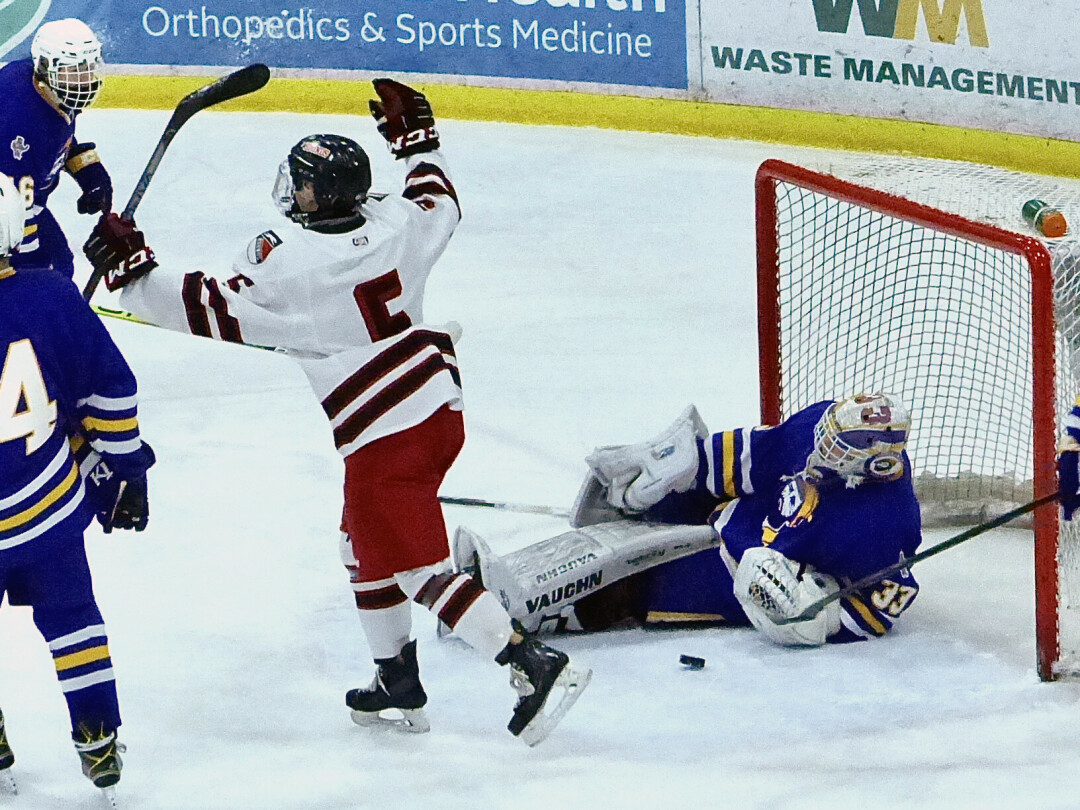 Duluth East’s Cole Christian, one of eight Hound sophomores, scored the last two goals of his hat trick in Tuesday’s 5-1 victory over Cloquet-Esko-Carlton.

Here is yet another twist to the “Twerp Duel.” In the early 1990s, Marc Christian, Cole’s dad, played at UMD along with a Cloquet recruit named Derek Plante, Zam’s dad. With only 150 fans allowed, here is the perfect opportunity for My9 to do a job for hockey fans throughout the region.

UMD’s men, after sweeping two tough games at Miami of Ohio, get a reward of a return series against — Miami of Ohio. The games will be Friday at 6 and Saturday at 4 p.m. The Bulldogs continued their team balanced attack at Miami, and have now won four straight to climb into NCHC contention. North Dakota was stung for a split last weekend which leaves the Fighting Hawks 13-4-1 atop the league. UMD is 10-5-2 for second, tied with St. Cloud State at 11-6, and just a shade back is Nebraska Omaha at 10-5-1. Denver, a preseason favorite, is 6-9-1, followed by Western Michigan (5-10-3), Miami (4-12-2) and Colorado College (3-11-2). Great race. Bu tit is coming to a rapid close and it should be a battle to the finish.

The UMD women, meanwhile, are idle this weekend after sweeping St. Cloud State last weekend 6-1, 6-0. The Women’s WCHA spotlight will be on Ridder Arena this weekend, when No. 1 ranked Wisconsin plays at Minnesota. Because they’ve beaten on each other, and had struggles with Ohio State, the standings are misleading and close. Minnesota leads at 9-4 if you judge by points won, and Ohio State is second at 9-5, but nobody is kidding anyone — Wisconsin has had to cancel a couple of weekends and stands third in points with the best record, at 8-2. UMD is fourth at 8-4, followed by Minnesota State Mankato 6-9-1, Bemidji 2-10-2, and St. Cloud State 3-11-1.

UMD goaltender Emma Soderberg, a junior from Sweden, has taken over for the graduated Maddie Rooney and has piled up the accolades. She was named the Women’s WCHA goalie of the week for the second time in a row, which figures, because she gave up only one goal in a split of 1-0 overtime games at Bemidji State, and only one last weekend in the 6-1, 6-0 sweep of St. Cloud State.

Every game is critical for two reasons. Not only is the race tight, but the WCHA has determined that the playoffs will not involve all seven teams this season. Only the top four will advance to the semifinals at Ridder Arena, and that event will be Saturday-Sunday right after the season ends. UMD is idle this weekend, then plays at Mankato Feb. 12-13, then has Mankato back in Dujluh Feb. 19-20, and then faces Wisconsin at AMSOIL Arena Feb. 28-29. And that’s it. End of season.

The misleading part of the standings is that the Bulldogs had successive weekend sets at Minnesota and Wisconsin cancelled. Her amazing stats would be even better if the Bulldogs hadn’t lost 4-2 and 2-1 to Minnesota, because that was six goals-against in one weekend. My suggestion, then, is that if UMD coach Maura Crowell can find a way to get that season-ending series at Wisconsin cancelled, too, she could be coach of the year and the Bulldogs could win the league championship!