The demise of the Monarch 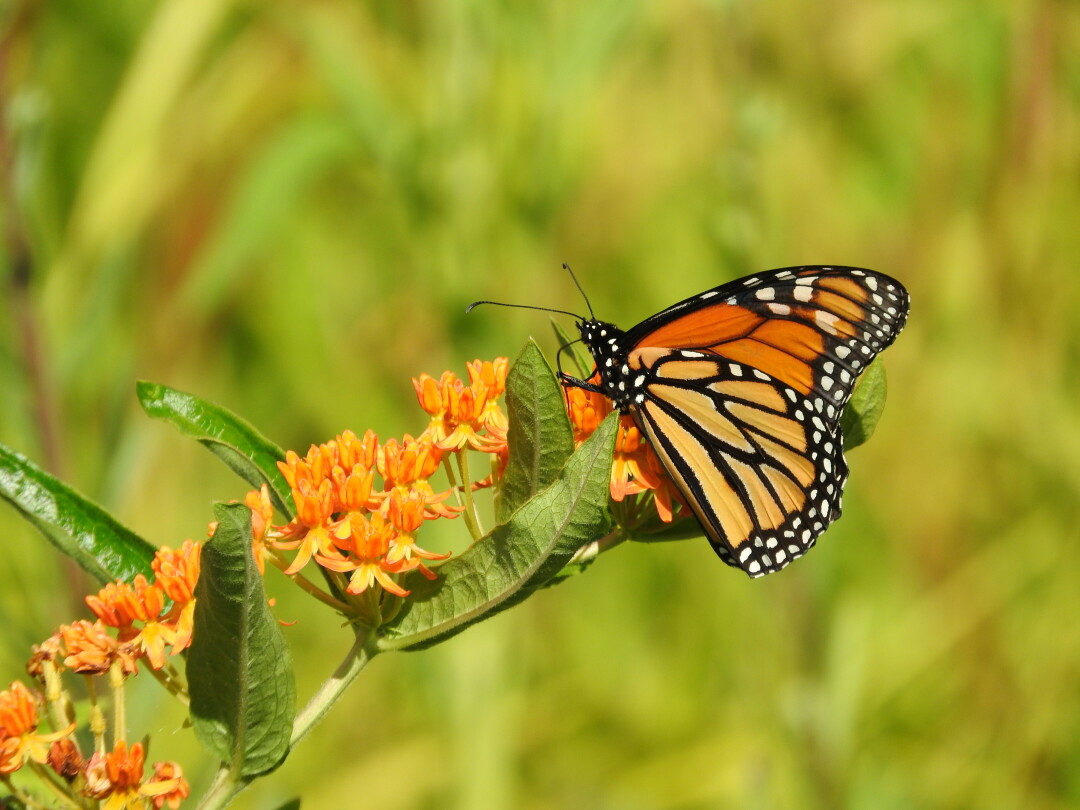 Last week, the peaceful transfer of power in our Capitol was a symbol of how – for 245 years – we’ve prevented the rise of a western monarch. This democracy was founded in opposition to the idea of monarchies, and the functioning of democracy can be a source of pride.

But I’m not here to talk politics. I only mention the inauguration to make a bit of word play. Because, an invertebrate species of Western Monarch is currently being vanquished by accident. And that should be cause for alarm.

Earlier last week, the Xerces Society (an international nonprofit focused on the conservation of invertebrates), announced that the population of monarch butterflies who spend the winter along the California coast is nearing collapse.

For the past few years, volunteer counters have found fewer than 30,000 butterflies overwintering in the groves. Those were record lows, and cause for alarm.

This year, the community scientists counted a mere 1,914 monarch butterflies. That’s 99.9% fewer butterflies than were found in the 1980s. And still, there exists no legal protection for them or their essential habitat.

Western Monarchs aren’t all of the monarchs, though. The black-and-orange beauties who spend summers with us in the hot and humid Midwest have migrated to remote oyamel fir tree forests in the mountains west of Mexico City. They are enduring an unusually cold winter there, and official counts have not yet been completed. We can only hope that their numbers won’t show the same precipitous decline as their western counterparts.

The odds are not in our favor.

Last year, the monarchs overwintering in Mexico exhibited a 53% drop.

The details of each population’s decline are slightly different, but the big picture holds true: their de-mise is driven by loss of habitat for overwintering, breeding, and migration; and by pesticide use.

In the past, it was easy to blame our southern neighbor for the declines. Illegal logging in the mountainous butterfly preserves of Mexico was a major problem, but that has largely been addressed by the Mexican government.

There is still more to be done with supporting the region’s economy so the locals won’t need to extract resources from the protected forests, but the biggest challenge to the monarch’s struggle for survival is no longer across an international border. It is right here in the U.S., in the ever-more-productive Corn Belt where I grew up.

In early spring, monarchs will head north again, hoping to lay their eggs on fresh milkweed plants in Texas be-fore they breathe their last butterfly breath.

But what if there isn’t any milkweed? Drought, cold weather and habitat loss have all caused its decline. And the challenges continue as generations of monarchs leap-frog north into the Midwest.
Farming practices have changed a lot since my Grandpa Warren hunt-ed pheasants among habitat-rich fence-rows and pastures in southern Iowa.

Since the first genetically modified (GMO), herbicide-resistant soybeans were introduced in 1997 (with GMO corn following shortly after), there has been an 80% decline in milkweed in the Midwest, and a concurrent 81% decline in monarchs.

In Iowa, one biologist estimates there has been a 98% reduction in milkweed on the landscape.

While GMO products have garnered support among some scientists, the changes that GMOs have caused in our farming practices and the subsequent habitat loss for many organisms (not just monarchs) are a significant bit of collateral damage.

Although habitat loss is the biggest problem, it’s one that you can help address!

Now is the time when eager gardeners start making plans for spring. Every additional back-yard milkweed plant and unsprayed flower garden could host one more caterpillar, and provide nectar for hundreds of pollinators.

But gardens like these are not going to make up for millions of acres of corn and soybeans. Large conservation efforts – and sustainable farming practices – also are necessary. You can help there, too, by choosing carefully at the grocery store, by supporting the organizations doing good work, and by letting your representatives at all levels of government know that you value conservation efforts.

Should we work hard and make sacrifices just to save a single species of butterfly?

Well, yes. But we also should work to save the monarchs because in doing so we will be conserving nature for ourselves and for our kids.

Emily Stone is the Naturalist/Educa-tion Director at the Cable Natural His-tory Museum. Her award-winning second book, Natural Connections: Dreaming of an Elfin Skimmer, is now available to purchase at cablemuseum.org/books. Or order it from our friends at redberybooks.com to receive free shipping! For more than 50 years, the Cable Natural History Museum has served to connect you to the Northwoods. The Museum is closed, but our Mysteries of the Night exhibit is available online. Connect with us on Facebook, Instagram, YouTube, and cablemuseum.org to keep track of our latest adventures in learning.