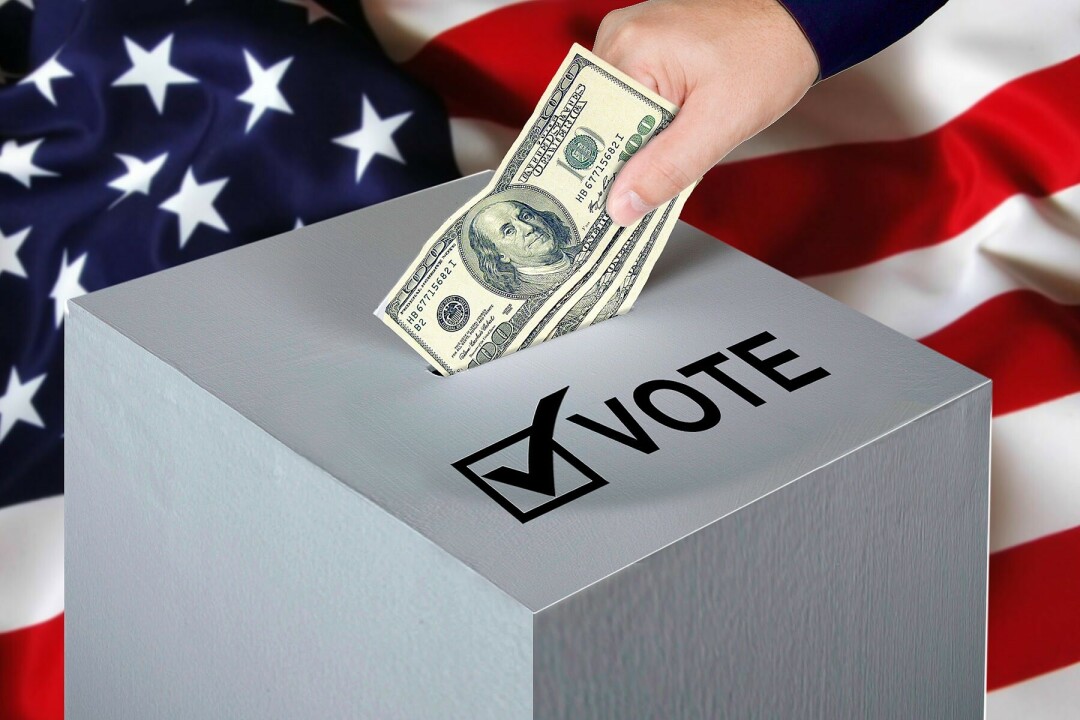 President Biden’s plate is overflowing with crises to address. But there is one problem that is critical to all the other issues. This is our elections.

EVERYTHING ABOUT HOW WE CONDUCT ELECTIONS IS BROKEN. Until this is fixed many other critical issues will languish in legislative gridlock. None of the essential reforms will happen as long as big money and corporations rule and the will of the people means nothing. No progress will be made until gerrymandering is ended. Creating a real democracy is essential to achieving and sustaining all other reforms.

So the first and most important objective of President Biden and the Democratic majority in Congress must be comprehensive electoral reforms. And NOW is the time to do it while they have control of Congress.

It is time to ensure that our elections are open, fair, secure, verifiable, and easy for voters. No one should have any doubts about the integrity of any election in the future.

Abolishing the Electoral College is a key element of this agenda. The Constitution was written by slave owners intent on maintaining slavery. The authors were the landed gentry and wealthy merchants who were afraid of real democracy and the power of the “mob.” They wrote into the Constitution “checks and balances” to limit the political power of the people. This is the reason we have an archaic, undemocratic Electoral College for presidential elections.

During this election another even more outrageous scenario was a possibility. Because of the number of too-close-to-call states there was a possibility that neither candidate would get a majority of the Electoral College. When this happens the House of Representatives chooses the winner. BUT the Constitution says for this purpose EVERY STATE GETS ONE VOTE. In this situation it does not matter if one party has more representatives and “controls” the House. Currently there are more individual state congressional delegations with a majority of Republican representatives.

This election we very easily could have had a president who failed on THREE measures of popular support or the will of the people. Ultimately Biden won by a good margin. But the outrageous possibility that he could have lost to a three time loser should be the last straw for the Electoral College.

Getting the money out of politics is also essential to establishing a real democracy. We all know this and polls show wide popular support for campaign finance reform. Now is the time to overturn the Citizens United Supreme Court decision that allows unlimited spending on elections by corporations. There is too much money being spent on elections and there is no doubt that this has a corrupting influence on public policy and our elections.

Gerrymandering is another practice that must be abolished. Gerrymandering is manipulating political boundaries for partisan advantage. In Wisconsin, after the 2010 census, Republicans drew up the legislative districts in secret and crammed the undemocratic result through the state government they controlled. The result is that the state legislature continues to be controlled by Republicans despite the fact that most citizens of Wisconsin vote Democratic. Voting district boundaries must be established with a fair, non-partisan process based on sensible guidelines and not political power.

The last election has many examples of rigging the vote through various voter suppression tactics. In states Republicans controlled they hindered voter registration, arbitrarily purged large numbers of voters from existing registration lists, opposed same day registration, limited early voting days, interfered with voting by mail, and manipulated the number and location of poling places for partisan advantage. Their advocacy for voter ID law has never been about preventing individual voter fraud (proven to be almost non-existent). It was intended to be another obstacle for people voting. Like Jim Crow pole taxes and literacy tests, all this made it harder for poor people and people of color to vote. Even having Tuesday as the election day is an archaic, undemocratic relic that makes it harder for working people to vote.

Fixing our elections should include a number of positive improvements to modernize the system. These would increase citizen participation, make voting easier, fairer, and more secure. We need elections with convenient features like voting online, voting by mail, voting over a period of time, automatic voter registration and standardized federal, state, and local voting procedures and registration requirements.

Everything else in our economy is being done online and via the mail. There is no reason voting can’t be the same.

Any technological solutions must be trustworthy. Mistrust of the voting machines is engendered by private companies controlling the software. There must be paper trails that allow recounts and auditing of elections. Elections are public functions and must be controlled by public, non-partisan, civil service employees.

We need a 21st century electoral system that is open, easy fair, secure, verifiable and truly democratic. Now is the time to make it happen.