Don’t plan the parade yet 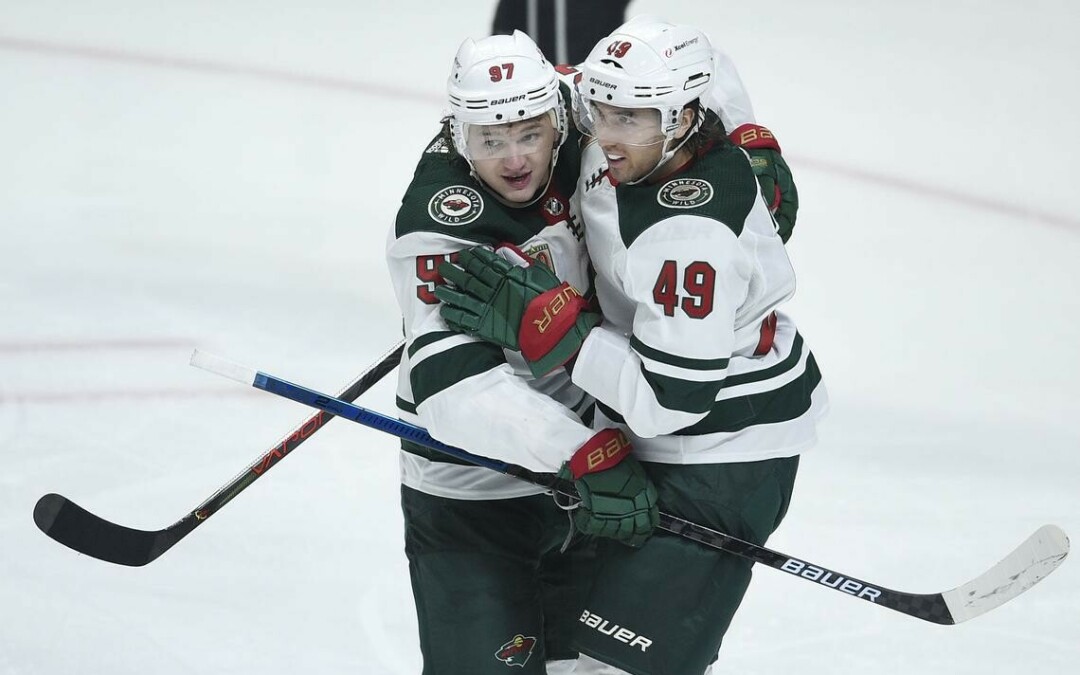 Leveaux Mountain – The Minnesota WILD has finally begun the 2021 NHL regular season. Before the season, there was a buffet of mixed opinions about how the club would fare this year. Well, there still is. At this point, there are only two games complete. And they weren’t exactly works of hockey art. On the good side, the team came away with four hard-earned points. On the downside, it wasn’t against the strongest of competition. So, let’s break it down.

The team was coming into this campaign with a noticeably changed roster. Eric Staal is gone, Luke Kunin, Ryan Donato and Devan Dubnyk have all been dealt away.

It will be the first season in 14 years to not have former Captain Mikko Koivu on board.

Coming to the team are only two players who are “newcomers” to the organization, and the remainder of the new faces are players who have been in the system but couldn’t break on to the big roster based on who was there and holding down spots. Goalie Cam Talbot replaces Dubnyk, and Marcus Johansson comes back from BUF in the Staal deal.

On the back-end were; Suter, Spurgeon, Dumba, Brodin, Pateryn and Soucy.

I’m not going to spec-ulate as to whether this is a championship roster. It appears to be a bit thin on the bottom six at forward but does feature a defense that is more than capable.

I can’t say what Talbot still has in his game, and for the most part, he comes across to me as a goalie whose individual strength at this time might not bail the team out when they are having an off night. Instead, I see him as a goalie who will have to understand the group and system in front of him and make the most of it. If he can do that, I believe he will be more than adequate for this team.

The team got off to a good start when they scored first, in the first, on a tally by Jonas Brodin. From there, they gave up a late goal in the first. (3 seconds left, arrrggghhh!) And then allowed LA to get both scores in the second for a 3- 1 lead.

So. I am observing this and thinking, “same old Wild.”

But that was last year and so many games before the team finally signed the new Russian wizard Kirill Kaprizov. Without expounding on this kid, I was skeptical. I was mostly because no one had seen him against the best players in the world, which is the NHL. I had seen a fair amount of video on him, and it wasn’t hard to see the tools. But then, the NHL is a whole other beast, and he hadn’t faced it yet.

I’m pleased to say that the kid appears to have “it.” As in, he could change the team’s fortunes around, and quicker then even they envisioned. He has all of the things you would want in an upper-level player regarding how he plays.

His skating, shooting, passing and hands are at another level than most of the rest of the league.

He sees the game so well that I can see a time frame whereby his teammates are going to have to adapt to him and the level he plays at. If he sees that you have a play, he might have a vision on that before the player he is sending his pass to does. He looks to be that good.

As a result of the quality of Kaprizovs play, last year’s surprise, Kevin Fiala, looked a little bit lost out there. You could still see the skills he has, and he got 7 SOG in this tilt. But I kept thinking that Coach Evason has to find a solid player to accompany Fiala as a safety valve and fellow playmaker.

When on the ice in the opener, Fiala looked like he was playing “alone” quite a bit. That can’t happen when you have a player of his talent. It’s still a team game. If he is Batman, Dean-o needs to find him his Robin.

The Wild got the game tied up by the middle of the third, and then a very opportunistic Kaprizov manufactured himself a breakaway in the OT frame and got his first NHL goal, an OT GWG at that. Wow, simply wow.

G2 on Saturday eve played out quite similar to the opener. The Wild scored 21 seconds in by Matt Dumba.

They allowed the Kings to obtain a 3-1 lead by the 2nd INT. They then tied it up, but with a bit of flair involved. Ryan Suter got the tying score with 2 seconds left in the period to obtain another frame. This night’s OT hero was Marcus Johansson, who scored off of a one-timer set up by the Russian wizard, and the club put another 2 points in the bank and was off to Anaheim for a two-game set versus the Duck beginning this evening.

Can I conclude anything yet after these two tilts? Perhaps a few things.

First, I qualify all opinion by stating that every team in this league is fairly good and at a level no other league has. The LAK are clearly in a rebuild of sorts. So are the Wild.

OK, Talbot gave up six goals against a team that was 28th in the league last season in GF. That raises my eyebrows and also raises concerns about the Wild’s overall team defensive game.

The Wild will score some goals this year. They were 14th in that category last season and might be better that this year.

The team will not miss Staal or any of the other players not with the team this year.

The Kaprizov kid? It’s a crying shame that no fans will be allowed in at the ‘X’ until possibly later in the season. Because this kid is going to make this fanbase love him. His talent, game, personality and the quality of his character will elevate this franchise to places it has never been before. Is that some high praise and hyperbole? Yes, it is, and I don’t exactly hand it out freely, especially when it comes to hockey.

After two games, my thoughts on this edition of the WILD aren’t fully crystallized yet. It’s too early into the campaign.

I believe they will get one of the four playoff spots available in the West division. I also feel that it has been a while since this club has had this much potential and upside. Finally. Yes, finally...

I SAW ABOUT 12 games since the opener last week. Who was the best? Hard to say because, for the most part, none of the top clubs played one another. I did like TAM, COL, VGK, and NSH, though. I am most happy that another season of the NHL is finally here! PEACE