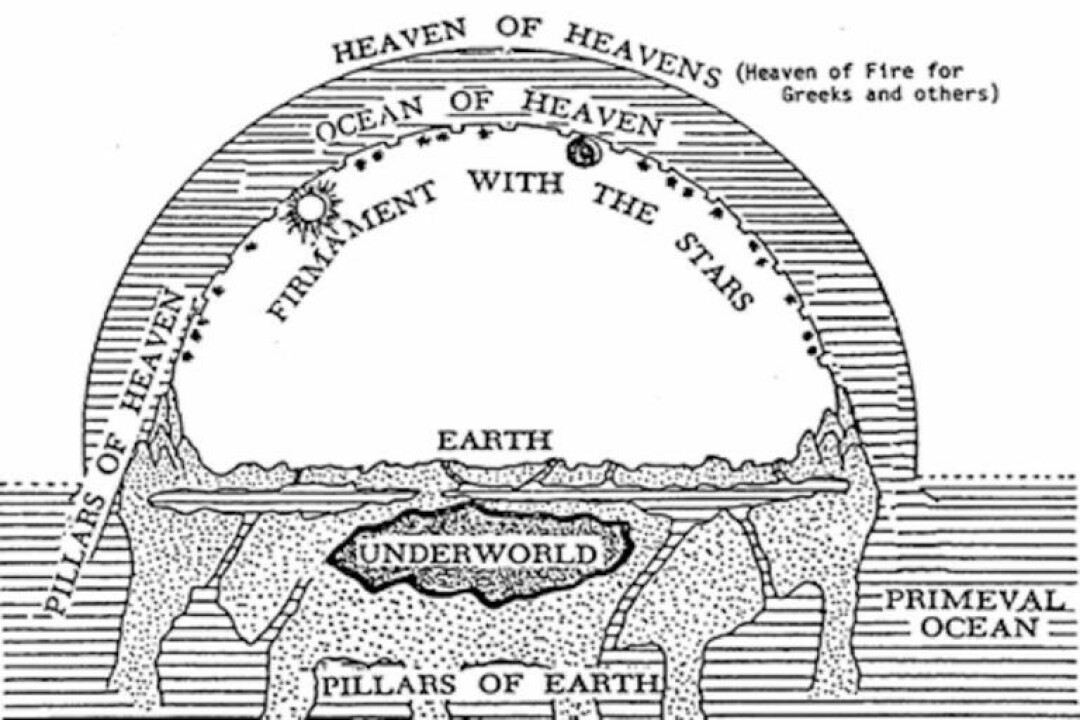 God threw down the gauntlet at science from the beginning, when he planted the Tree of Knowledge and told humans not to eat the fruit.

How many people, I wonder, lost their religion when the Church insisted that the Earth was the center of the Universe? They finally gave that position up, so now there are people who will accept the Bible as allegory — I had a professor of anthropology who taught evolution, but still claimed to be a Christian.

The evangelicals who fawn all over Trump are not that kind of people. They will insist that their followers believe the Bible as literal truth, because believing that makes it easier for them to believe that the preachers are doing “God’s work” when they send in their money.

Kansas may be the most mean-spirited state, but Kentucky isn’t far behind, if only because of their two Senators, Mitch McConnell and Rand Paul, both of whom fight tirelessly for the rich. Curious, because Kentucky is one of the poorest states in the union. The problem, of course, is that they are also the most ignorant. Nothing demonstrates that more than the Noah’s Ark exhibit.

By acknowledging that dinosaurs once actually existed, they apparently think they are being “scientific.” Saying that Noah had them on board is not ignorance, it’s stupidity, since the last dinosaur died over 60 million years before Noah could have possibly existed. Still, it’s better than their former explanation for dinosaur fossils—that God just spread them around to fool us into sinful thinking. Unfortunately, I think this is still the explanation for humanoid fossils.

The problem with the animals is bad enough, since kangaroos and llamas were unknown to the men who wrote the Bible, but the water problem is insurmountable. Where would it all come from, and where did it go after? God does not get a pass on physical laws. That is, our universe does not allow magic, so you can’t invoke magic to explain anything. And that includes a man living in the stomach of a fish.

I have a drawing that was made by a creationist which was purported to explain the water problem. It shows the Earth as covered by the dome of the Firmament. Water is forced up over the Firmament, which has huge floodgates which open to flood the Earth, where it drains through and is recycled over the Firmament, presumably in readiness for the next flood.

The Firmament is shown as covering the sun, moon, planets and stars. Most people would have a problem with this. This drawing was made by a grown-up and presumably sane person.
I think the Church might finally have come to terms with the Earth going around the sun, but they are still struggling mightily with the idea of evolution. The evidence is surely there, for anyone willing to look at it.

When you were a tadpole and I was a fish
In the Paleozoic time,
And side by side on the ebbing tide
We sprawled through the ooze and slime,
Or skittered with many a caudal flip
Through the depths of the Cambrian fen,
My heart was rife with the joy of life,
For I loved you even then.

And that was a million years ago
In a time that no man knows,
Yet here tonight in the mellow light
We sit at Delmonico’s.

From “Evolution” by Langdon Smith

Ok, that poem brings up another belief, although not necessarily religious—reincarnation. I took a philosophy class in which a guy said he was not religious, but he had to believe in reincarnation because he couldn’t imagine a universe without his ego in it. Obviously, the Universe would have a big hole to fill, but I suspect it could do that as easily as it survived the billions of years before his birth.

Any number of people have reported alien abductions. The aliens are usually described as humanoid, with big heads and eyes--we’ve all seen the pictures. I won’t demean these people, they all seem sincere in their beliefs, and most of them appear to be sane and sober. Many of the ones I’ve seen also claim to have been subjected to anal probes. What if, rather than aliens, these are people from the future? They are obviously humanoid, so they could be part of our evolutionary path. If the clock stops at the speed of light, it must go backwards as velocity increases beyond that.

A man from the Island of Wight
Could travel much faster than light.
He departed one day
In a relative way
And returned on the previous night.

Whether aliens or time-travelers, for these things to actually happen, SOMEONE has to have discovered faster-than-light travel. It seems evident, the way things are going, that Thanksgiving dinners in the future will be kale and mashed potatoes smothered in marinara sauce. Our descendants will be as curious about our diet as we are of the Neanderthal menu, and with time-travel, they won’t have to dig through our old outhouses picking out coprolites. So, reworking an old poem:

Tickerly, tockerly
Homo Superior
Keen on exploring his
Ancestor’s guts,
Sends out his legions of
Archeo-buggerists
Greasing their fingers for
Probing our butts.