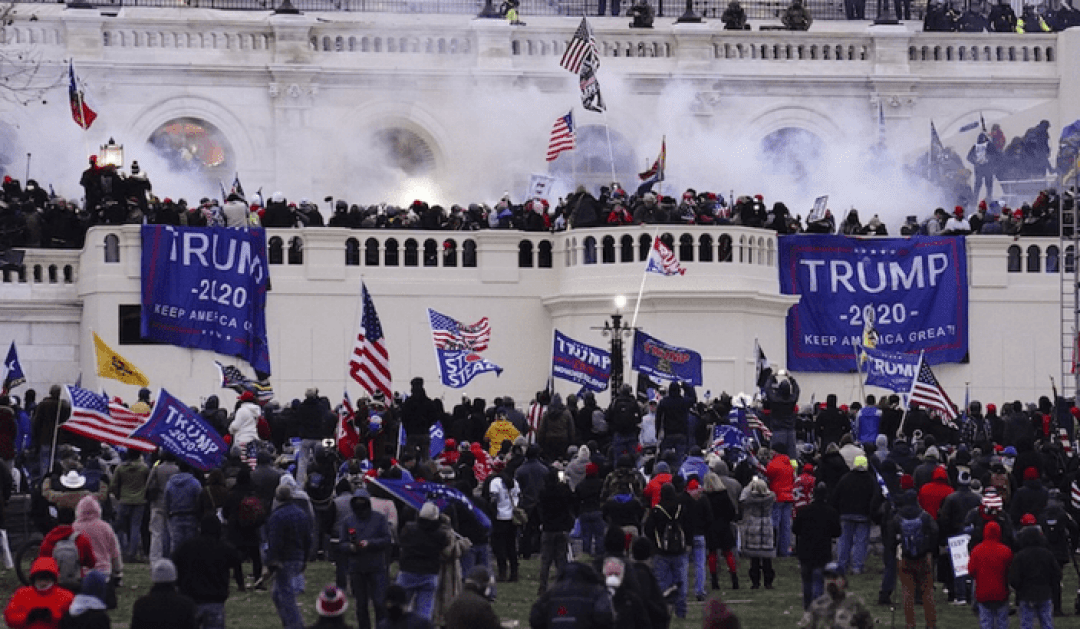 “Congress shall make no law…abridging...the right of the people peaceably to assemble, and to petition the Government for a redress of grievances.” – First Amendment

“Sedition: conduct or speech inciting people to rebel against the authority of a state.”

We have a constitutional right to “petition the Government for redress of grievances.” Taking to the streets to object to, or advocate for, government actions is as all American as apple pie.

All through our history no political or social progress has happened without protests, demonstrations, strikes, boycotts, and sometimes civil disobedience. Recent Black Lives Matter protests are only the latest example.

Fredrick Douglass said that “power concedes nothing without a demand.” And people in this country have had to make many demands over the years. This includes advocating for many legal, social, economic and public health and safety issues. Things like the basic right to vote, equal rights, and fair consumer and labor laws. It has even been a struggle to have clean water, clean air and decent housing.

Historian Howard Zinn teaches that we must take action when government fails to do what is right and necessary for people. He says, “According to the Declaration of Independence – the fundamental document of democracy – gov-ernments are artificial creations, established by the people, “deriving their just powers from the consent of the governed,” and charged by the people to ensure the equal right of all to “life, liberty, and the pursuit of happiness.”

Furthermore, as the Declaration says, “whenever any form of government becomes destructive of these ends, it is the right of the people to alter or abolish it” (“Dying for the Govern-ment,” The Progressive, June 1, 2003).

He says people and our democratic ideals – not the government – are what should be primary. He rejects “our country, right or wrong!” He says by adopting this attitude, “We have thrown away the most valuable asset we had – the individual’s right to oppose both flag and country when he believed them to be in the wrong.”

Henry David Thoreau in his 1849 essay “Resistance To Civil Government” (also called “Civil Diso-bedience”) says unjust laws are the fault of the government. Government should anticipate problems, encourage citizens to point out faults, and act to create a better society. He asks, “Why does [government] always crucify Christ and excommunicate Copernicus and Luther and pronounce Washington and Franklin rebels?”

BUT the angry mob that stormed the Capitol was not a legitimate protest. They were not pushing to reform injustice. They were not fighting to preserve the “integrity” of the election. They were angry their candidate lost.

There is no comparison between the mob violence at the Capitol and the recent, legitimate Black Lives Matter protests. The BLM protesters had REAL grievances. These protests were a reaction to numerous recent cases of police killing people of color without justification or accountability. Black Americans are more than three times more likely than whites to be killed by police.

Despite the negative news reports about looting, the vast majority of BLM protests were peaceful. According to The Armed Conflict Location and Event Data Project (an international research group), 93% of the 7,750 BLM demonstrations were peaceful. News reports say 14,000 of these people have been arrested in 2020.

We have a long history of suppression of dissent of all kinds. Activists seeking social, economic labor, gender or racial justice have always faced excessive use of police force. People of color have been the victims of a long history of racial inequality. Historically the aggressive, militarized crowd control tactics used by police created more violence than it controlled. Tear gas, police dogs, fire hoses and rubber bullets only escalated the anger and contributed to the violence. Beating and mass arrests of peaceful protesters has been common.

There are sharp contrasts between the motives of Trump supporters vs. the BLM protesters. The white supremacists, armed “militia” groups and other right wing organizers of the Capitol rally are known racist hate groups with a history of violence. They want to maintain their male dominance over racial minorities, immigrants, LGBTQ people, “liberals,” and women. Two studies done in 2016 concluded “high levels of anti-Black sentiment” were the best indicator of a Trump voter.

Peaceful social and racial justice protesters are trying to address ine-quality and known social problems. They want to IMPROVE society by pushing us to live up to our democratic ideals.

There are sharp contrasts in how police reacted to the white rioters vs. recent Black Lives Matter protests. Many news reports and videos document these differences. BLM protesters were met with large deployments of police in riot gear and overwhelming force. In contrast the protection for the Capitol building was tepid. Obviously capitol police were not prepared and had too few officers on duty. The use of force was minimal. The images of Trump supporters wandering the halls taking selfies tells it all.

There is no doubt who is responsible for the violence at the Capitol. This was the intended result of Trump’s blatant appeals to racist attitudes, his continuous false accusations about the election being stolen, and his call for his supports to “fight like hell” to overturn the election. The many Republican politicians who amplified these messages aided and abetted the crime. This was sedition. It must not be ignored. All those who promoted, abetted, or participated in the violence must face the legal and political consequences.