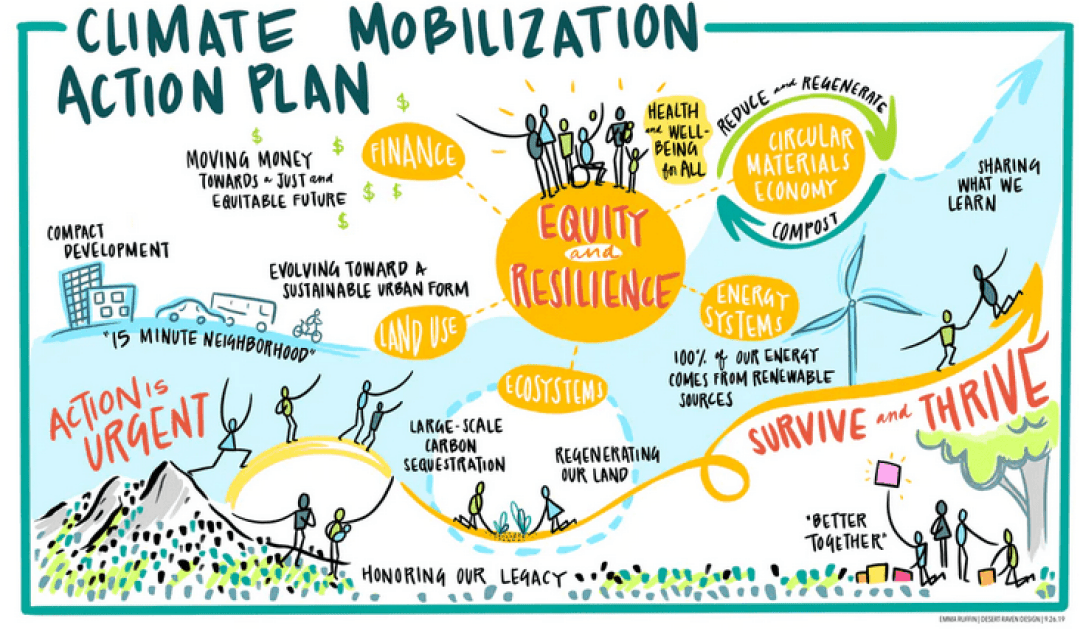 This month, Scientific American and Frontiers in Conservation Science published articles from the scientific community that expressed concern about the current climate emergency. And in both articles, the scientists stated that we need a massive-scale mobilization to address the climate challenges we face in trying to create a sustainable future.

On Jan. 6, Scientific American reported that the climate emergency is accelerating more rapidly than most scientists had anticipated. It cited that in the past year there had been floods and landslides in South Asia that dis-placed more than 12 million people, extreme wildfires in the Western United States and Australia, and a Siberian heat wave with record high temperatures exceeding 100.4 degrees F within the Arctic Circle.

The scientific community declared that there must be greater progress on the six steps of climate change mitigation, which included phasing out fossil fuels, transitioning to a carbon-free economy and a dietary shift toward eating more plant-based foods.

On Jan. 13, an article in Frontiers in Conservation Science, co-authored by 17 scientists, provided an overview and assessment of the planet’s future as a result of biodiversity loss, climate disruption, human consumption and population growth.

Paul R. Ehrlich, with Stanford University’s Center for Conservation Biology, discussed the scientific community’s demand for a “World War II type of mobilization” to increase awareness of climate change and to be prepared for more pandemics in the future. Corey Bradshaw, with Australia’s Flinders University, stated, “the problem is compounded by ignorance and short-term self interest, with the pursuit of wealth and political interests stymieing the action that is crucial for survival.”

The authors stressed that climate change demands a “full exit” from fossil fuel well before 2050. And they questioned if the leadership in any of our political or economic systems is prepared to handle the predicted climate disasters, or even capable of such action.

Lester R. Brown, in his book Plan B 4.0: Mobilizing To Save Civilization, emphasized that a business as usual approach is no longer feasible, that we need a new mindset and that we don’t have as much time as we think we have to effectively address climate change.

Given the call to mobilize, there is a growing number of cities around the country that have declared a climate emergency and are moving forward with various climate programs, policies and plans.

On July 23, 2019, the city of Boulder, Colo., declared a climate emergency and then developed the Climate Mobilization Action Plan (CMAP). This plan stated that to fully address climate change it will “require immediate, system scale action to create an equitable future, rapidly reduce emissions and accelerate technological innovation.”

Boulder began to ask a series of questions to mobilize the city. How can we design communities to reduce consumption of all resources? How can ecosystem stewardship help to recapture and draw down carbon from the atmosphere? How can we go beyond our recycle, compost and landfill approach to create a closed loop of goods and services in which nothing goes to waste?

Two goals of this plan are for their city government to reach 100 percent renewable energy and reduce city emissions by 80 percent by 2030. And Boulder declared that equity and resilience would be the core elements of all climate programs and policies.

In Duluth, it would appear that we are not adequately prepared or sufficiently mobilized to respond to the growing severity and complexity of climate change.

While we have a sustainability officer in city government, there is no department, commission or task force that is focused on climate change in our city or county governments.

Also, within the walls of the Duluth Chamber of Commerce, there appears to be no signs of life when it comes to discussing or deliberating on the impact of climate change on the business community and local economic development.

So, Duluth, where’s the beef? Like the old Wendy’s commercial back in 1984 that questioned other food companies about the lack of beef in their hamburgers, we need to ask why our city and county governments, as well as the business community in Duluth, aren’t following the lead of other cities and counties to address climate change.

When will the local governments and Chamber of Commerce step out of their comfort zones, and engage in an open and transparent conversation about what the city needs to do to mobilize all of its resources to move forward in hopefully creating a more resilient, sustainable and environmentally just city?