News we could use 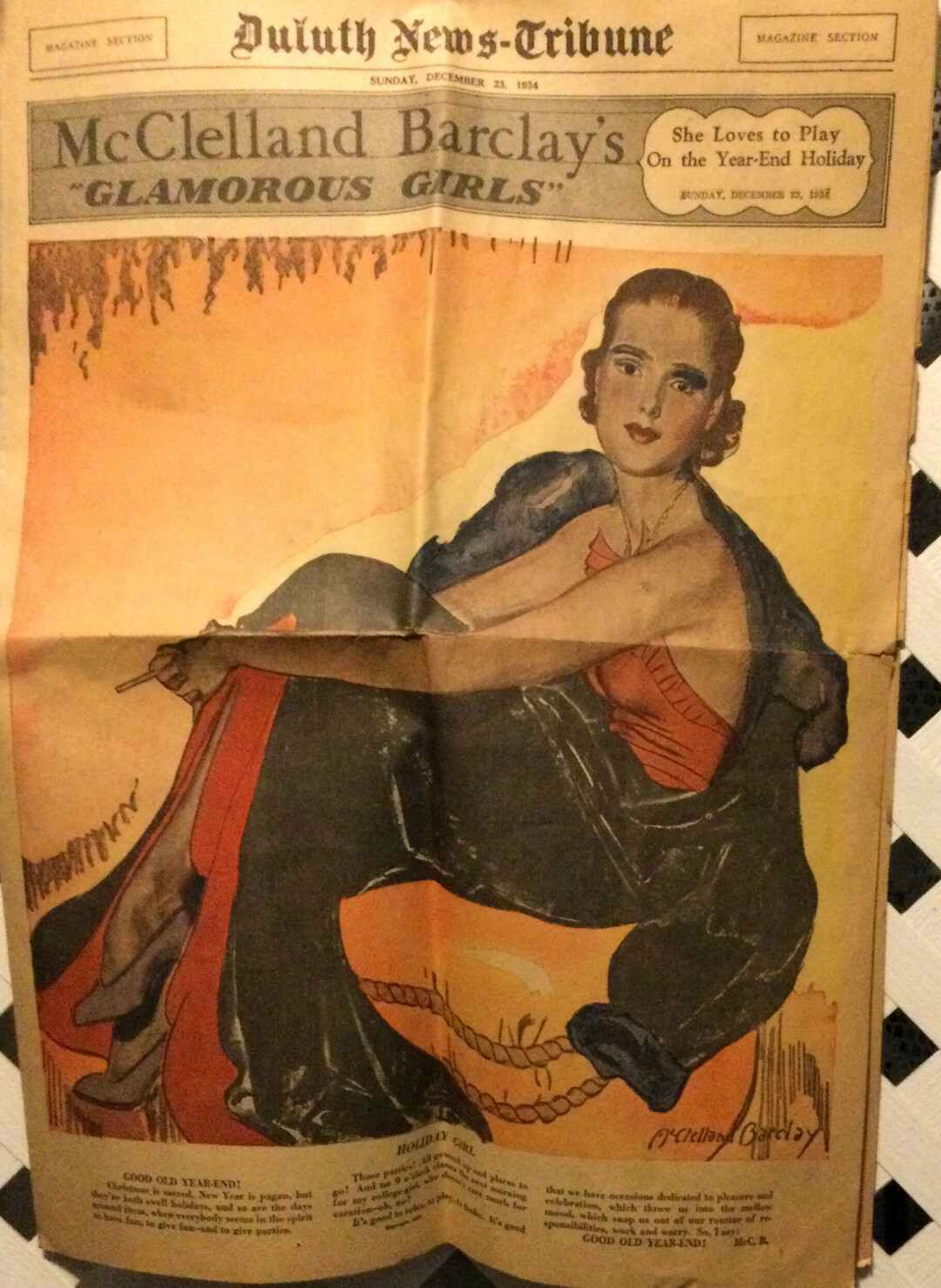 I have a motley collection of old newspapers, some I saved myself, and others I found somewhere around the house. Most are of historical events, such as ITALY SURRENDERS from Sept 8, 1943, and the death of FDR on April 14, 1945.

I’m not sure of the significance of the Minneapolis Star-Journal from Dec. 7, 1939. The headline on that paper describes Finnish and Russian soldiers fighting with long knives in the dark of Finnish winter, amid Finnish charges of Russia using poison gas. Nazi bombers tried to bomb the British naval base at the Firth of Forth in Scotland, but were turned back by British fighter planes. The Germans and French were fighting along a 100-mile front.

The German consul secretary, Dr. Walter Engelberg, was practically decapitated at his home in, interestingly enough, the Jewish section of Brooklyn. A search of his home found large quantities of liquor, weapons and pictures of nude men. A Swedish Canadian boxer later confessed to the crime, suggesting that it was prompted by “improper advances” by Engelberg, although police reports indicated that he was asleep when the attack occurred.

The first I remember saving was from March 6, 1953. It was an issue of the Duluth News-Tribune, in their largest print all across the page: STALIN IS DEAD. I followed that paper up with July 10, 1953 with BERIA PURGED in slightly smaller letters. This was when Soviet leaders knew they had to act fast to eliminate Secret Police leaders, unlike the later ones who let Putin slip by.

I know a lot of people now get their news from TV or (worse yet) from social media. But when your banner headline is shouting that Howie is running for mayor, that should embarrass an editor who knows what news is. It certainly must have embarrassed Howie, because he decided against running. (Later he changed his mind again and got back in the race, only to lose in the primary.)

My favorite old paper is the magazine section of the DNT from Dec 23, 1934. I obviously didn’t save this one. I think it was saved because there was an article about Marion Nixon, a Superior native who was a Hollywood actress. She says they live very simply for a Hollywood couple, and only spend weekends on her husband’s yacht. Her husband directed her and Billie Burke in “We’re Rich Again” and was the director of the musical “Roberta” with Irene Dunne. She talked about spending summers in Duluth. There was also a short piece about two men who appeared in Duluth stock productions and were now in a Charlie Chan movie. The man playing Charlie Chan was a Swede named Warner Oland.

The most amazing part of this section was the front page completely taken up by a watercolor painting of a stylish (for 1934) young lady. About two-thirds of the back page contained Tillie the Toiler comic strip, and the rest by a strip called The Van Swaggers. I recall the Tillie the Toiler strip, although it was a strip I thought was for girls, so I didn’t follow it. The other strip probably disappeared at the start of WWII.

I have been a subscriber since long before it became an essentially newsless paper. When I was first married, they had two editions, the morning Tribune and the afternoon Herald. My wife and I had our first argument over which edition to get. My preference was the Tribune, hers was the Herald, so we made the usual compromise and got the Herald. (She was Irish, so there were only two possible outcomes in an argument with her, and the other would end with one of us in jail.) They later dropped that edition, so I won that argument posthumously, as it were. Now they have gone to two papers a week, delivered by mail, so essentially she is getting her way again, also posthumously.

This does not present the problem it once did, because by now, the only things I value are the sudoku, the cryptogram and the comics page. My morning tradition was to get the paper, look at the sports section, read the funny comic strips plus Garfield, and then go to the recliner, wait for the cat to leave, then do the puzzles while I drank my coffee. It was pointless to try to do anything before the cat left, because she would release her inner goat and head butt anything I was holding if I didn’t pay enough attention.

When they went to two papers a week, I almost dropped them, until I found that the full complement of important stuff was still printed. I just had to spread them out so I still have one page a day. I can do that.

Back in the good old days, a woman wrote to them, complaining that she didn’t like that they printed clues to the Cryptogram, which made solving them too easy. Shortly after that, they solved that problem for her by printing the wrong clue. The clue said x=g. After a lot of head scratching and furniture banging, I deduced that x actually equaled r. I wrote them a polite letter which said, “I had a hoggible time solving youg cgytoggam.” In return, I got ... nothing. No correction, no apology, no explanation. Apparently, the problem was solved by ignoring it.

At Bayfront, you can hear the Blues.
To feel them, just pick up the News.

I’m still a little miffed that the people in Fargo felt it necessary to buy out our local paper, The Pine Journal. Now the Cloquet Pine Journal contains articles on the Twins and Vikings which would normally be in the DNT, so they’re all mixed up. Thankfully, we have an independent paper again, The Pine Knot, which is covering the real local scene. 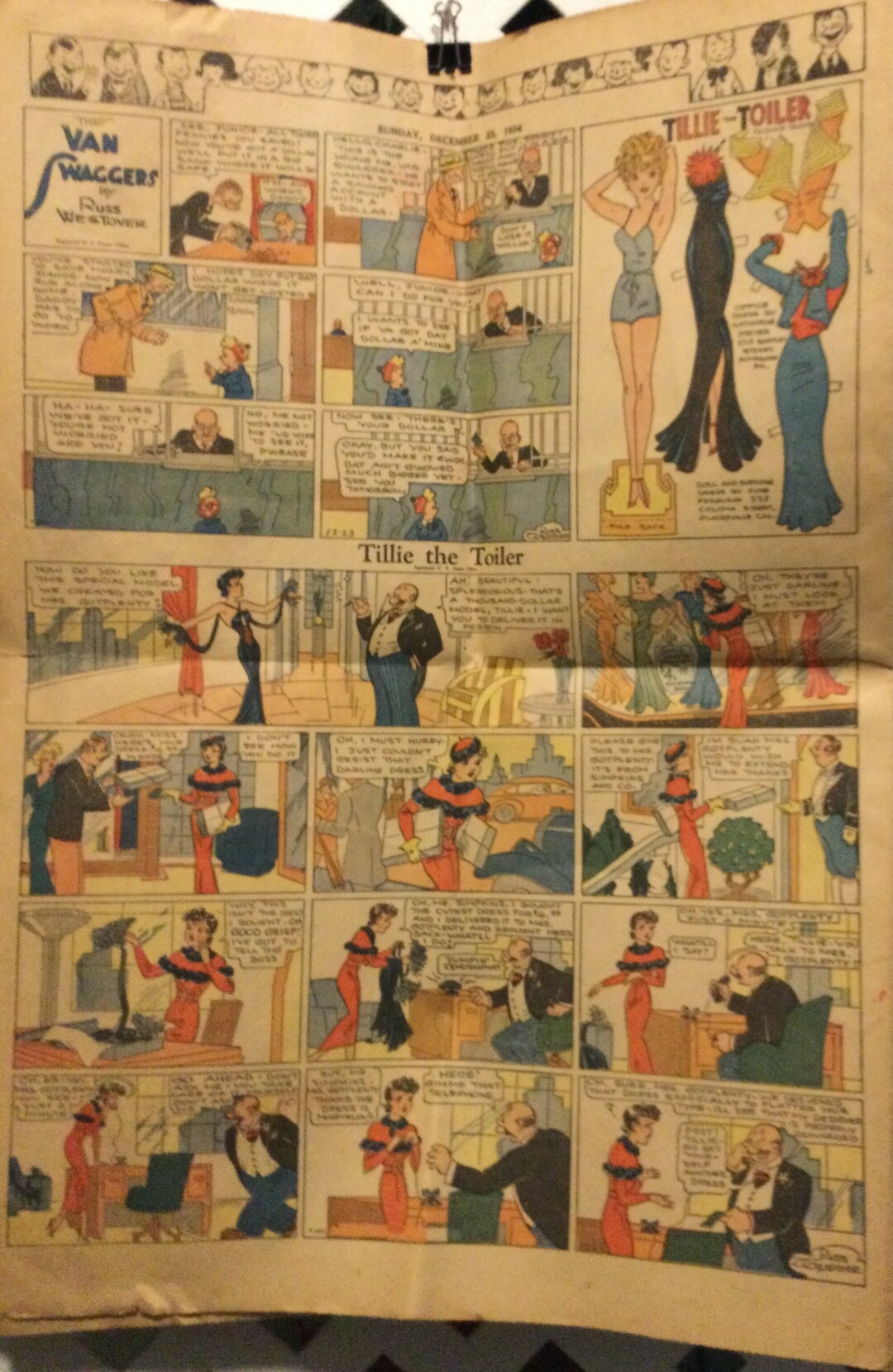