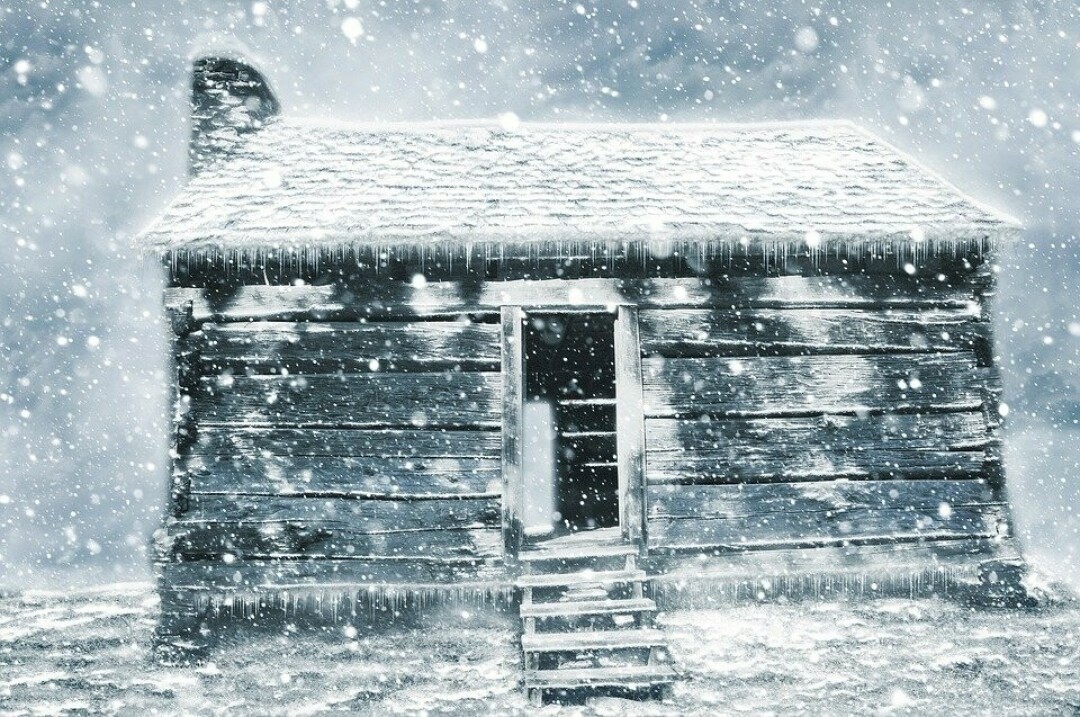 With all the intended and scripted chaos surrounding the 2020 presidential election, I figured it would make sense to see how we handle our own sacred vote during the annual election for the post of Exalted Shack Master, a significant position in the realm of Camp Shack life.

There are lessons to be learned.

We would only hope that the Trump Cult and the politicians of the New Conservative Neanderthal Party (NCNP), formerly the Republicans, would pay attention.

The Exalted Shack Master is somewhat like a spiritual leader, dishwasher, disciplinarian and camp cook all rolled into one.

One camp far to the south keeps their booze in a little shoebox, dozens of those tiny airline bottles. Whenever we visit and they haul them out from under a shelf it sounds like a box of icicles.

Other camps simply refuse to come to the door when we arrive, hiding in the darkness of their shack until they believe we’ve left. We are very patient visitors, however, and as soon as a lamp is lit and we see them stir we’re back to pound on the door and demand entrance and a drink. They just don’t understand patience is a virtue and will simply tolerate us until we’ve finished the last sip.

After the votes were breezily counted the reigning incumbent Exalted Shack Master was voted in for the 82nd consecutive year. He did the standard lobbying of the delegates, trying to prove he was most worthy, but in the end it wasn’t that he split the kindling better than anyone else or that he always kept the outhouse stocked with the finest Canadian toilet paper. It was the simple fact that with all of his idiosyncrasies, his foibles and shortcomings, his high-and-mighty attitude, it’s just easier for everyone that he’s Exalted Shack Master.

He kind of looked like Napoleon standing there, head tipped back and hand on his chest when he said, as he does every year, “I like the sound of Exalted Shack Master. There’s some meat to that title.”

During his victory parade around the shack, what with all the royal waving of the hands and looking down his nose at the little people, he spilled wine on his shirt. When alerted, he gave an exasperated sigh, as if we were the ones that did it, not he.

We told him to relax, he had at least five clean shirts still left, all hung carefully on hangers near his bunk. He smiled, started the parade again and continued to goose-step in a hale-and-hearty dictatorial fashion. He was right back to his old self again.

After reading the label of the offend-ing bottle of wine, he proclaimed that our shack would start an importing company called the Intergalactic Wine Co., and we would all travel to France on business.

The shack has begun to lean again. There appears to be a little more gravity on the east side of the building than on the west, so one of the Exalted Shack Master’s first decrees was, “The shack shall be leveled before next deer season.”

“The Camp Shack Drum and Bugle Corps shall once again visit our other shack friends in their deer stands next November, just to see how the hunting’s going. Everyone loves our drum and bugle corps.”

There was a bit of sarcasm in that last statement. Over the years we have come to be known as the “Noisiest shack west of the Dago,” and we all enjoy the notoriety that brings.

Hunters have stopped by to tell us to quiet down, that we’re always banging, pounding, marching that stupid band around, shooting, burning, trail building and creating all sorts of mayhem for the local deer.

Well, when we hear that, we just get noisier. The deer are used to it. The deer expect that.

The other hunters who only show up to their camps for a few days during deer season just don’t understand that.

“Blow the horn and strike up the band. We shall play ‘Amazing Grace’ and the ‘Deer Kill Polka’ until the hunters weep openly in their stands,” the Exalted Shack Master proclaimed.

We all know that you pretty much toe the line when dealing with the Exalted Shack Master. Provide him grief or dismay and you could be banished to the coldest, windiest, loneliest stand “where never a deer shall roam.”

Nobody wants that headache. Toe the line. Play the game and bow before the Exalted Shack Master before you are told to.

To the Trump Cult and the NCNP politicians, go sit on your hands until you learn to behave during an election.