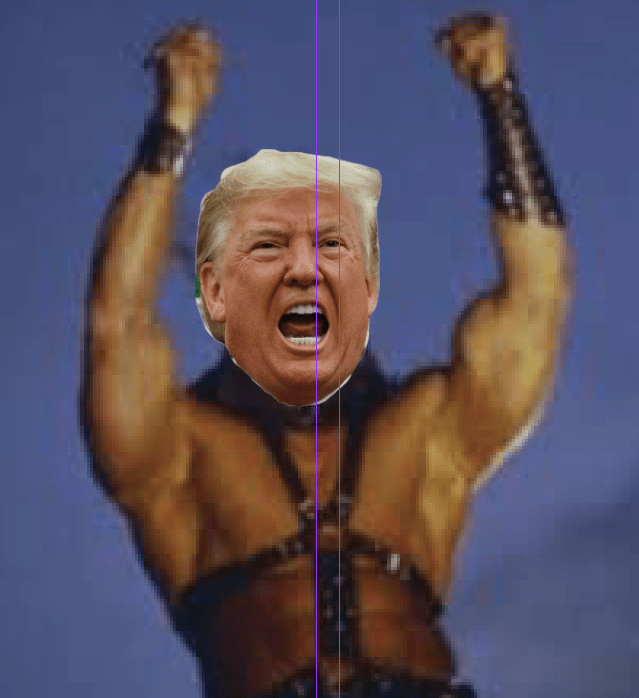 My first experience with Trump and his supporters was when I covered a grim and ugly campaign rally in Green Bay in August 2016.

After the 45th President of the United States incited the chaos that took place in Washington, D.C., on Jan. 6, I had to go back and look at what I said about this character before he became president.

While I never believed he had a chance of winning – despite the weak Democratic candidate he was up against – I’m surprised by the prescience of my tone in that 2016 piece about the Trump rally.

I noted that the nicest people encountered at the rally were the Secret Service and local security cops who frisked the photographer and I when we entered the convention hall where the rally was being held.
We were then escorted to a big pen at the back of the hall, the place where Team Trump decided the media should be herded.

Throughout the rally – at least the part I stayed for because I could not stomach staying for the whole thing – Trump supporters would turn around to give us the finger or shout something at us, sometimes at Trump’s prompting but not always.

“Welcome to Thunderdome” was the headline of the piece I wrote about that rally, because I had made several references in the story to the Australian Mad Max movie series – movies 2 (Mad Max 2, aka Road Warrior, which featured the evil brute Lord Humungus, and, of course, No. 3, Mad Max Beyond the Thunderdome).

I started the piece with a quote from Hunter Thompson’s 1972  classic campaign reportage, Fear and Loathing on the Campaign Trail: “Those who fail to learn from the brutal stompings visited on them in the past are doomed to be brutally stomped in the future.”

I justified its use by saying “Fear and loathing seems to be the modus operandi in this campaign.”

Of course, at the time, I did not foresee him being taken seriously by any real Americans, other than the angry, lunatic fringe mobs showing up at his rallies. I hadn’t a clue this country was weak-minded enough to elect a loser as large as Donald Trump, and that we were in for four years of fear and loathing.

My thought about the Trump campaign was that real Americans will see through his posturing and recognize that he has nothing to offer. Even his campaign slogan – Make America Great Again – was stolen from the new face of the Ku Klux Klan when it rose to prominence in the north and south in the 1920s by, along with its racist leanings, promoting hatred of Papists (Catholics) and immigrants.

All of this was amusing to me at first. And then the goof was actually elected. Yikes! Then I knew we were in for a tumultuous four years.

But back to the rally. I noted that at this rally, “There was no policy insight or inspiring thoughts about leadership under Trump-Pence. Instead, it’s just constant negativity about Hillary, Obama, the media, the economy and world affairs in general. The Trump-Pence mantra is that we’ve been chumps led by weaklings. The world is a scary place and we need tough leaders. We need Lord Humungus.”

A few paragraphs later, “Any pretense of congeniality was gone once we stepped inside the big cement garage the Trump campaign had rented for the rally. The room seemed to reek of fear and loathing, and the rally hadn’t even begun. I felt I had left Wisconsin and entered the Thunderdome of a dystopian future.”

And so on it went until I finished with the line “Trump would be a terrible president, but he would make a great Lord Humungus.”

A newspaperman I know in Illinois contacted me after the Jan. 6 Capitol riots to remind me that three-and-a-half years earlier I had said to him that Donald Trump as president would leave a giant shit stain on America.

Yes, but I thought it was so obvious to anyone paying attention that this is a man with no moral compass and no mooring to real life in these United States that this could never happen.

So sad that so many were so fooled by such a reprehensible snake oil salesman who doesn’t have a lick of respect for or understanding of this country he was elected to run.

However, there is one bright spot that was brought to my attention by a former Trumplican who finally admitted Trump should resign after inciting the Jan. 6 chaos. Her comment was, “too bad he also wiped out the political futures of his children,” to which I replied, “Yay! America wins!”