Capricorn rules: My way or the highway 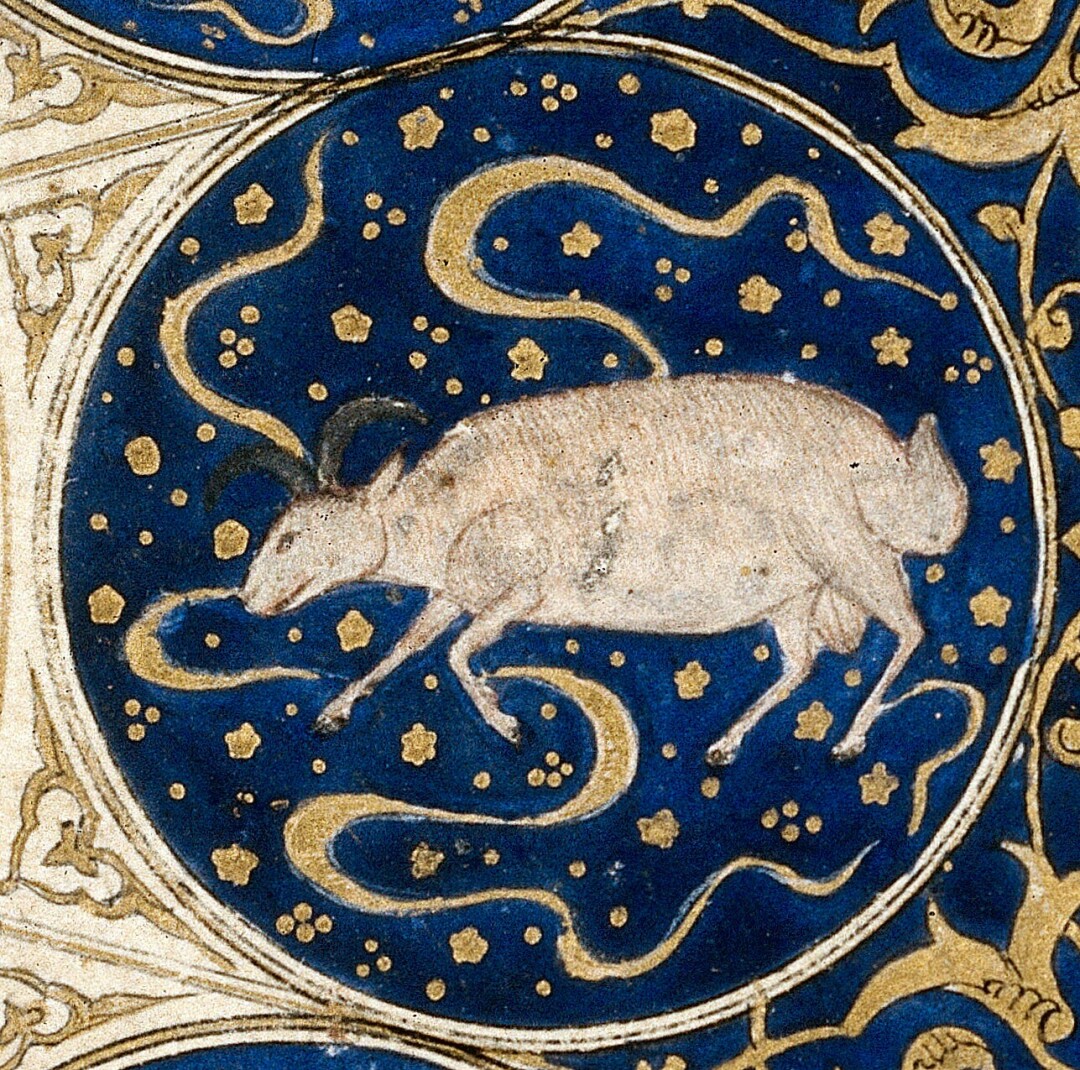 Some of us didn’t make it. Covid-19 can suck a d#@*. Strange times await, and one of the strangest and only about once every 800 years event is the conjunction of Saturn and Jupiter in 0 degrees Aquarius on the Winter Solstice/Yule, Dec. 21.

These are the movers and shakers of the zodiac. What it stands for is a complete transformation of the world. Heavy stuff, but necessary for real growth. In short, hang on to your butts.

If you resist, you suffer. Strange times, indeed. Buckle up.

I love Lord of the Rings and all the prequels and sequels, and well – you get it, And Tolkien got it, too.

This classic Capricorn lived in another world, literally. Sober and gloomy in this world, he learned to rely only on himself and his innate greater sense of purpose. His remoteness of spirit, often mis-understood by others, and even de-scribed as “cold passion,” was the motivational force behind the faith in his abilities, a sturdy determination to climb to the top, just like the symbol for Capricorn, the mountain goat or in the Tarot – THE DEVIL!

In a way, that archetypal symbol describes the Capricorn as well, or at least their attitude toward life and their role in it.

“Their way or the highway” is a rule with them. Frequently judging people according to their position in society or the amount of money they earn (sounds like a Kardashian).

These would be the people who inadvertently put their ex’s sex tape on the internet, or sell Gramma’s wedding ring for a few bucks, or happen to accidentally walk out of Wal-Mart with an extra item or two, always thinking that others have it way better than they do, justifying their bad or suspect behavior by the axiom “Snooze, you lose!”

Usually ending up bitter and feel-ing alienated, the Capricorn can’t understand why they have an innate mistrust of life and people. Mr. Burns from The Simpsons comes to mind (complete with the attack dogs scenario).

Hierarchies are undoubtedly important to Capricorns, but they can, if too focused on ambition, end up being a guru or Svengali-type cult leader like Bo and Peep of Heaven’s Gate, or at minimum, a huckster ad man selling the latest My Pillow!

If the Capricorn in your life hears about a new money-making scheme, they are on to it like Miley Cyrus on a teddy bear.

Hair-brained schemes are common-place for these folk, but their ideas lack focus, and usually die on the vine, after all they are no Aquarians.

These people are the most pessimistic individuals in the zodiac. Just read some of their ACTUAL posts taken off Facebook.

These people are overly cautious, and way too realistic, which, I won’t lie, is sometimes to their advantage, but they more often than not confuse their tendency toward pessimism with the truth. Debbie Downer comes to mind.

YOU: “Hey, who wants to come over for a Christmas party at my place?”
DEBBIE: “You know, Christmas trees have been responsible for starting more fires, and burning down more homes than just about any item in the home.”
YOU: “Come on…it’s just a few drinks and some socializing.”
DEBBIE: “Are you sure you’re not an alcoholic? I’d get tested for STDs if I were you.”
YOU: “Forget it.”
I have often wondered, after a sleepless night of Googling funny cat videos (yes, I was bored) if Grumpy Cat (R.I.P.) isn’t a Capricorn.
GRUMPY: “I had fun once…I hated it!”

Those born under the sign of Capri-corn often find that they can’t develop their more spiritual side without first learning to live in society. Sounds like Professor Langdon in Dan Brown’s The Da Vinci Code, hell bent on establishing his cred, but hesitant to actually embrace the esoteric side of life until he’s deeply in the shit.

Being a Cardinal sign, people born under this influence can be a force for social change, after all Joan Baez is a Capricorn.

They are often a beacon of light in a darkened room, a motivational energy for the rest of us schmoes – the Al Gore of Global Warming, even going so far as to “invent” the internet. Sorry, I had to.

Another Capricorn from a while ago is Ray Bolger, the infamous Scarecrow from The Wizard of Oz.
I never thought the Scarecrow was anything other than a sidekick of Dorothy’s on her journey to see the Great and Powerful Oz! But, seriously, was he her love interest? Geez! The underpinnings of a wholesome movie.

Bet she could knock the stuffing outta him. Just sayin’.

But let’s look at the Scarecrow more closely, and put the kidding aside.

He had a strong sense of duty and responsibility, a need to prove himself, and almost become the leader of the gang of misfits. Classic Capricorn.

Disasters and setbacks that would faze some astrological signs are com-monplace to Capricorns. They are the problem solvers and the solution makers.

To quote the Scarecrow as he tells the Lion: “I’ve got a way to get us in there, and you’re gonna lead us!”

I’ve singled out the Scarecrow, and in closing I’ll let this Capricorn have a shot at me:

Lady Ocalat is a Professional Astrologist, Reiki Master, Minister, and Tarot Reader. She can be reached at 218-722-2240, or at Lady Ocalat’s Emporium in downtown Duluth. ladyocalat.com.