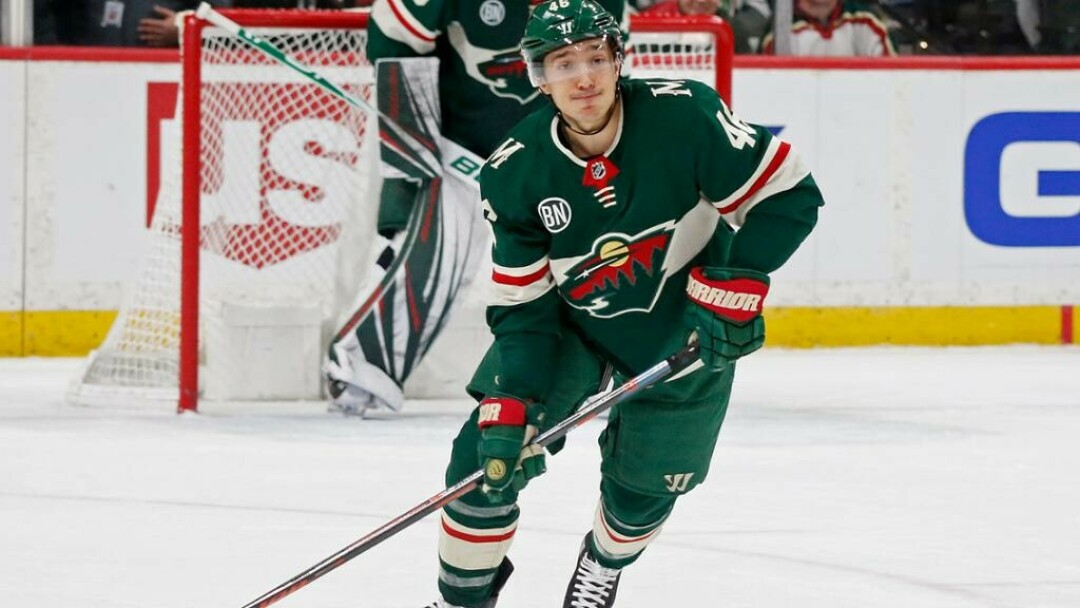 LESTER PARK – Well, friends, Happy New Year. Tonight, for the better part of three hours, I watched Team USA and Finland lock horns on a hockey rink, and it was a magnificent game. The USA won 4-3 in what turned out to be a seesaw battle that had all of the intensity you would want out of a World Junior semi-final.

But in watching the U.S. team against the Slovakians and this evening against the Finns, I started thinking the U.S. was playing like a team on borrowed time. A lot of pundits acknowledge the quality of the roster and are right to do so. Yet, even after downing the Finns to advance to the Gold Medal tilt against Canada, I kept saying to myself that this team had a better game in it. And then the question; can they play that game against an upper-level Canadian squad?

The U.S. entry appears, at times, to be lethargic in the offensive zone. Like many teams, they take ill-timed penalties that leave you and their coaches chewing on fingernails. They’ll elevate the game pace at times, leaving their opponents in the dust, and then right when they can finish a game off and play out the clock, they don’t. Fortunately for the Americans, they have some upper-level guys who can bring it when it’s needed the most.

Case in point; tonight, against Team Finland, the U.S. took an untimely delay of game penalty assessed to defender Henry Thrun with 4:42 left in the final frame. Finland tied the game at three each 59 seconds later on a goal by Roni Hirvonen. And for much of this tourney, this is how the team had you feeling as a fan. It was a coaster ride of epic proportion. They would bring you up to that top of the rails, then speed you back down that big dip, full speed, with your heart fighting to vacate your chest.

OK. That’s part of being a fan, I guess. But holy schnikees, Batman. This team had everyone thinking they had this thing nailed until they suddenly didn’t. And then, one of their high-quality players would rise to the top once again.

On this night, that guy would be Arthur Kaliyev, who would hammer home the GWG a short 1:27 later for a 4-3 lead and the win. Certainly, my son William and I were burning up the cellular lines with equal doses of frustration and joy. So, the Finns are a tough out no matter the year, and we should consider ourselves lucky to have gotten past them. It is no consolation, but my hats off to them. They have had a high-quality national program for quite a while now. I admire them immensely. It is no secret that the American program has modeled some of the Scandinavian programs to reach for the upper levels of hockey dominance.

Team USA versus Team Canada takes place roughly about 19 hours from right now. How in the world would you call this one? Sure, on paper, you’d have to favor the Canadians. But they are playing at home in a hockey-crazed country, and every single bit of the pressure will be on them to grab that Gold and flash it to their citizens. That pressure can do funny things to great players. As I’ve stated recently, some everyday types of players rise to the top. Some who have had great expectations placed upon them falter at unforeseeable times. You never know; there are no early warning systems for this type of situation. That’s why scouting isn’t an exacting science. It’s all about repetitive viewing. It’s about getting a feel for a kid’s abilities in different scenarios. And it’s about your gut. That line can be finer than most fans will ever know.

With a sports world still in a bit of flux due to the pandemic situation around us, this game might have one heck of a lot of eyes upon it tonight. Am I willing to offer up some hockey prognosticating on this tilt? Not a chance. Not touching it...

MINNESOTA WILD DEFENSEMAN JARED SPURGEON has been named as the 2nd permanent Captain in franchise history. He replaces Mikko Koivu, who wasn’t offered a contract extension and subsequently signed with the Columbus Blue Jackets. The non-extension for Koivu has been passionately debated already, and there is no point in any more discussion about it. Are there many similarities between Koivu and Spurgeon?

I believe both would rather lead by example instead of getting in a player’s face that they felt wasn’t doing his job for the team. But Koivu could be a physically imposing figure compared to the diminutive Spurgeon, as witnessed by the Koivu-Kevin Fiala run-in last season. That occurred twice as it seemed Koivu wasn’t pleased with the results he saw after the first verbal lambasting aimed at Fiala.

Could Spurgeon pull that off if need-ed? I do not possess a concrete answer to that. With Spurgeon, I’d envision a quiet but forceful chat somewhere during a cup of java. Koivu told Fiala it was time for him to start pulling his weight or get off of the bus. And he did so right in the room. Fiala’s rise began shortly after that.

Spurgeon is an Edmonton native, played junior hockey for the Spokane Chiefs, winning a Memorial Cup in 2008, the same year he was taken 156th overall by the NY Islanders. For whatever reason, the Isles did not sign Spurgeon, and the Wild invited him into camp in 2010 and did sign him. He got a three-year ELC and was assigned to Houston. He lasted a mere 23 games there before being called up to the Wild and has never looked back.

You will commonly hear phrases de-scribing Spurgeon as “underrated” or “small in stature,” among others. You will also hear about his character as a player and person, his dedication to the game and organization, as well as the effort he puts into being a family man and husband. This describes a lot of hockey guys. But then there is Jared Spurgeon. There were perhaps three other candidates the club was consid-ering, but Spurgeon was the guy who had the universal respect of the team.

I could compare the other candidates and tell you what this choice creates in positives and what it avoids in negatives. But one thing is for sure now, Wild GM Bill Guerin IS remaking this club into his vision of what a championship team looks like. And he isn’t too worried about what anyone else thinks about it. PEACE