Autopsy of a political party 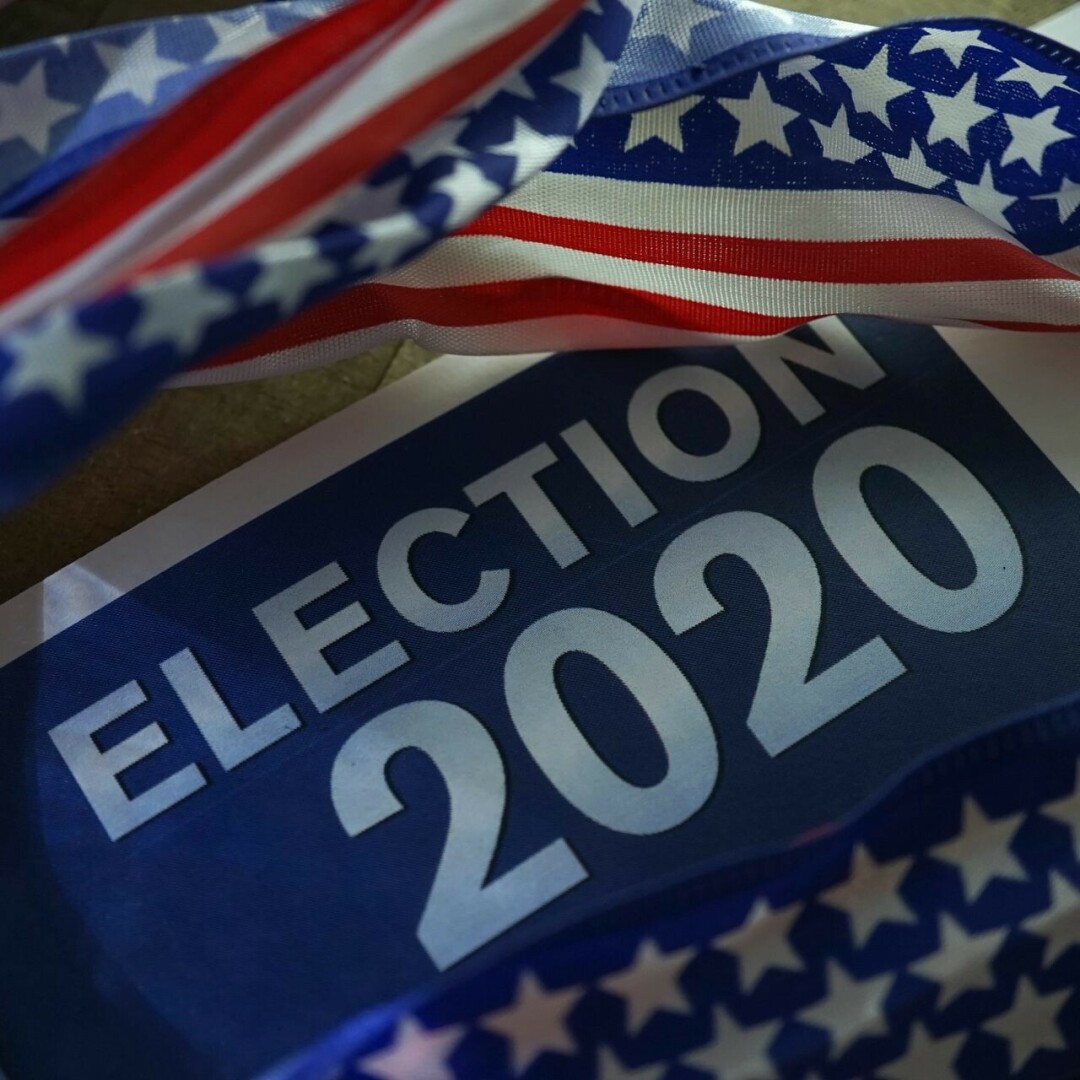 Why did Trump win Robeson County?

Robeson County is in the south-eastern corner of North Carolina, a low-lying area that is in one of the poorest sections of the state. It is the home of the Lumbee Indians, the largest Indian tribe east of the Mississippi River.

The town of Lumberton is near the center of the county. It is poor farming country, and is heavily wooded yet rather swampy. I became rather familiar with the area when our battalion was called to aid the locals in fighting fires in the summer of 1956. The county was about 90 miles southwest of Camp Lejeune where I was serving with the 1st Bn, 6th Marines.

We were fighting fires while North Carolina Blacks were fighting hundreds of Jim Crow laws and what politicians solemnly called “Separate but Equal” facilities. That meant Whites went to schools made of brick and Blacks went to tarpaper shacks.

The blacks in my machine gun platoon, several decorated veterans of the Korean War, had to walk in the streets instead of on the sidewalks in Jacksonville, NC to avoid beatings or worse. Things have changed, but not much.

The question for the Democratic National Committee and Joe Biden: Why did Donald Trump get a higher percentage of votes in Robeson than the other 99 counties in the state in 2020?

Why were the lawns and ditches, telephone and utility poles, and highway signs all covered with Trump MAGA posters, signs, flags and American flags and symbols?

And mixed in with them were pro-gun, pro-life, pro-military and anti-NAFTA signs?

Why Is The Democratic National Committee in The Twilight Zone ICU?

Ballotopedia, an organization that analyzes election data, collected data from 206 counties in the Divided States of America (DSA) that they named as “pivot counties,” counties that voted for Barack Obama in 2008 and 2012, and then switched to Donald Trump in 2016 and 2020.

Minnesota’s Winona County was one of them. Most of the 206 in 33 states are in the northern Midwest. These are also called purple counties, a blend of red and blue.

I thought of the first lines of Katharine Lee Bates’s song “America The Beautiful” when examining the data: “O beautiful for spacious skies/ For amber waves of grain/ For purple mountain majesties/ Above the fruited plain.”

It’s an excellent description of many of them. That’s where the grain of the country is grown.
The major question is: Why didn’t Joe Biden, who beat Trump by 7.2 million votes, swing those counties back to the Democrats after they had voted for Trump in 2016?

The fact is Trump had an economic message that resonated among the voters who had not received a decent raise in wages for 40 years in those purple counties. The pivotal counties that had suffered the most were concentrated along the Mississippi River and its tributaries in Illinois, Wisconsin and Minnesota.

These were counties that lost manu-facturing companies to Mexico, Can-ada, and China because of NAFTA and the Democrats between 2008 and 2016 had failed to control the greatest economic inequality in the industrialized world.

Trump talked to the voters about trade wars, selling more soybeans to China, keeping cheap labor from entering the country, and bringing factories and high-paying jobs back to the DSA heartland.

Biden promised to restore the “soul” of the country. “Soul” does not put food on the table, bedrooms for the kids, cars in the garage, or a vacation at the lake.

Biden also talked about bringing things back to “normal.” Who in hell wanted normal? Billionaires and Wall Street! Workers struggling to survive at half of the pay they used to get in manufacturing jobs wanted change.

Piss on going back to normal, so many of them joined the 73 million who voted for Trump.

How many voters really wanted to go back to Biden’s ‘normal’?

What did “normal” mean to the swing and independent voters in the pivot counties still suffering from the Bush Recession of 2007-2008?
1. Normal is having 420 million firearms available in the streets and homes killing 40,000 and wounding 100,000 every year.
2. Normal is paying $100 for an insulin dose in the DSA. It sells for $10 in Canada.
3. Normal is Wall Street cheering the selection of Joe Biden as the presidential candidate instead of fearing the nomination of Senator Bernie Sanders or Senator Elizabeth Warren.
4. Normal is having police shoot and kill 1,000 Americans each year, most of them colored.
5. Normal led to King Donald’s election and the spread of COVID-19.
6. Normal is 47 years of stagnant wages and the destruction of private and public unions.
7. Normal is trying to make a living in 27 right-to-work-for-less states.
8. Normal is living in the most expensive and least adequate health care system in the industrialized world.
9. Normal is having politics corrupted by a tsunami of campaign and dark money from corporations and billionaires maintaining their deadly hold on the rigged disaster capitalistic system.
10. Normal is having Republicans scream “SOCIALISM” whenever there is an attempt to build an adequate safety net for the common good while they flop around without spines.
11. Normal is allowing white supremacists such as the Proud Boys, Michigan militias, Oath Keepers, “2nd Amendment” sheriffs, Three Percenters, Iron March, a hundred other “militias,” and the evangelical Christians of Franklin Graham to replace the Ku Klux Klan as domestic terrorists.
12. Normal is forgetting the working class.
13. Normal is forgetting how the college student debt has reached $1.7 trillion owed by 45 million Americans, many of them on Social Security.
14. Normal is not closing down tax havens in the DSA (Delaware, South Dakota, Wyoming, New York) or the hundreds in islands and tiny countries around the world frequented by our corporations and billionaires.
15. Normal is not making climate change the top priority in this country and the world.
16. Normal is not making uniform federal voting laws throughout the country. Normal is closing precincts, cutting election days, requiring complex voter IDs, yelling “Fraud!”, and other voter suppression techniques.
17. Normal is not eliminating the Electoral College in presidential elections. Is it fair that two senators from North Dakota representing 760,000 are more powerful in the Senate than two senators from California representing 40 million?
18. Normal has been exhausted by politicians. The Ninety Percent insist on change. If not, national strikes will eventually do the job.
19. Normal is the growth of the mil-itary-industrial complex that Dwight Eisenhower warned us about over 60 years ago. $741 billion budget? 800 overseas bases? $20 billion aircraft carriers?
20. Finally, normal would be fighting to see that every human being would experience the basic and safety needs as outlined in Professor Abraham Maslow’s Hierarchy of Needs: clean air, health care, food, water, sleep, clothes, shelter, personal security, and emotional security.

FDR’s Four Freedoms – freedom of speech and worship, freedom from want and fear – probably came from Maslow’s work. Currently we have more than 140 million Americans who do not have these needs – and have little hope of ever meeting them.

Evangelical Christians and Catholics need to be reminded that Kurt Von-negut had the right idea about Christ: “Socialism is, in fact, a form of Christ-ianity, people wishing to imitate Christ.”

Why did both parties inspire record turnouts?

The 2020 election had to be the weirdest in our history.

It was Trump who inspired a record turnout for both parties. He traveled constantly to the pivotal states, spreading his economic message, political lies, alternative facts, and COVID-19 air particles to millions of his maskless, MAGA-capped (most likely made in China) followers toting large American flags (most likely made in China) and innumerable red, white and blue banners and posters, creating a Jim Jones-type cult of 74 million.

Meanwhile, Joe Biden hid in his basement, sneaking out “soul” and “normal” messages about once a week.

Chairman Tom Perez and his Democratic National Committee decided that Trump was cutting his own throat by public campaigning and went into hibernation or into a moribund state.

What if Biden had actually talked about the 20 issues I have listed instead of blabbing about souls and normality?

Soul and normal don’t put food on the table, clothes on your back or a roof over your heads.

We might have elected more liberal Democrats and assumed control of Congress and the presidency. Democrats might have even won Robe-son County, North Carolina.

And, then again, maybe not. Trump has been right about one thing. He called Biden the “most boring politician in the world.”

Democrats have recovered the presidency but have not recovered state and federal political seats yet from when Barack Obama shocked the Confederate states by winning the presidency in 2008 and 2012.

The party of Whites – the Republican Party – woke up to the fact that Obama had convinced millions of Blacks to go to the polls. Remember? The night Obama was elected, Mitch McConnell promised the Republicans Obama would be a one-term president because of his color. He failed, but he frightened the White majority into action by the 2010 elections.

Here are a few results:

All of these promises while Biden promised soul and normality.

Ohio Senator Tim Ryan summarized the Democratic problems in the state: “You move Biden aside for half a second and you have a Democratic brand that is completely disconnected from workers. It’s working class, White Black and Brown. We have failed to communicate directly with the rural parts of America.”