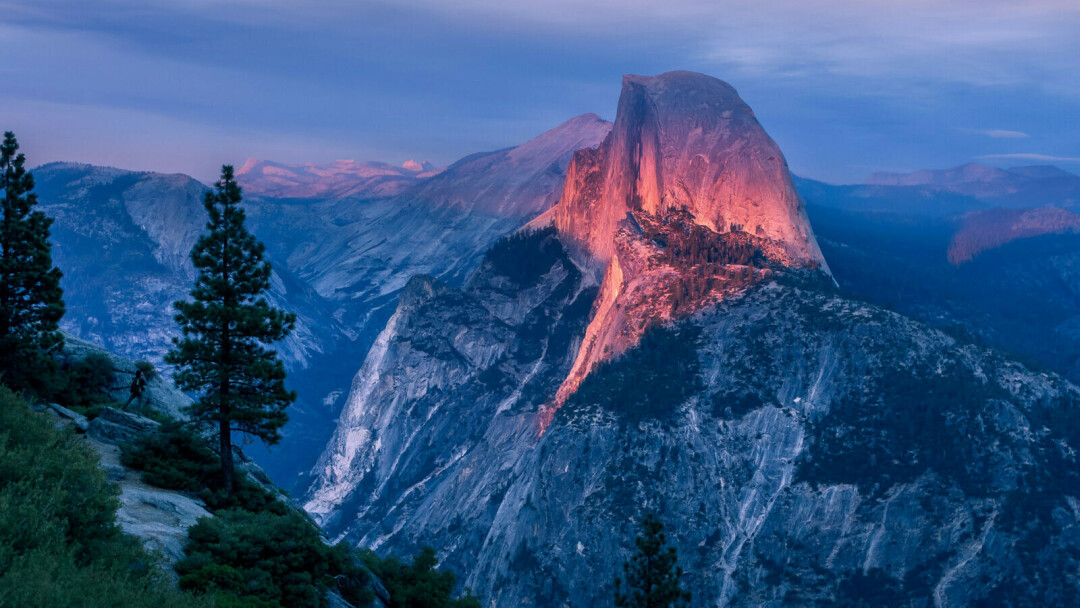 “One of the penalties of an ecological education is that one lives alone in a world of wounds. Much of the damage inflicted on land is quite invisible to laymen.” Aldo Leopold

We’ve been watching the the PBS Ken Burns documentary on the national parks – America’s Best Idea. Our national parks were (and are) a wonderful idea, one that America invented and inspired the rest of the world to emulate.

The series is great and documents the history of the parks and park service. The program is more about the people who worked to create the parks than the parks themselves.

As so often happens in this country good things didn’t happen because many people thought they would be beneficial to all. They happened because dedicated people – a wide variety of them – agitated to protect the scenic wonders, the special places, the ancient trees, the wildlife, the rivers, and the wilderness from profit-motivated commercial interests.

We have visited many of the parks and can attest that they are the crown jewels of our country. It is astounding that protecting these special places – often unique in the world – was so difficult. It should have been obvious that the giant sequoias shouldn’t be chopped down, or the Grand Canyon dammed, or Yosemite turned into a tacky tourist trap, or the Smokey Mountains clear cut, or Voyageurs National Park (or the Boundary Waters) strip mined. But this has been frequently advocated by the profiteers.

From the beginning there were huge political battles between people who wanted to preserve these wonderful places and those who wanted to make money from them – either from mining, logging, grazing or by fleecing the tourists who came to enjoy the parks.

And these battles continue today.

America the beautiful wouldn’t exist – or would be considerably uglier – if the commercial interests had won these battles. Just think about the difference between a KOA or the typical RV park and the campgrounds you find in the national parks, national forests and many state parks.

Think about the difference between the tourist trap kitsch of Wisconsin Dells versus the restful loveliness of Manitou Falls in Pattison State Park, Gooseberry Falls State Park or the headwaters of the Mississippi in Itasca State Park.

Think about the ugly sprawl of every city in this country. Sure some of them have some nice parks or interesting attractions. But most of our cities are ugly, dirty, traffic-choked pits.

It’s been my observation over the years that there is more truth in the comics section of the newspapers than on the front page. Similarly comedians have become the philosophers, and often the opinion makers, of our time. From Mark Twain to Jon Steward there has been a rich body of humorous social commentary. Comedian George Carlin is one such fount of wisdom.

Carlin has a monologue on how Americans turned a beautiful, pristine continent full of diversity into an eyesore. He says, “It was pristine. Paradise. Have you seen it lately? Have you taken a good look at it lately? It’s F#$@*& embarrassing.”

We have driven I-35 to San Antonio a number of times. From just south of the Texas border to San Antonio it is almost continuous commercial sprawl. For more than 300 miles there is a narrow strip along the highway of George Carlin’s “commercial cesspool.” Ugly as sin and not a blue bonnet – the state flower – to be found.

Folk singer Greg Brown expresses the same feelings. In his song “Poets Game” he says, “I watched my country turn into a coast-to-coast strip mall and I cried out in a song…why does good change take so long?” That is a great question that impacts on all of us. There are many examples of much needed “good change” which never seems to happen in this country. Environmental protection is just one of them.

Why is good change so difficult? Aldo Leopold, quoted above, suggests one reason is most people don’t see the damage. Too many people live in artificial urban and digital worlds and don’t understand the problems or see the connections with their lives. In the 1960’s it wasn’t hard to see the environmental destruction. Smokestacks belched black clouds of soot. Rivers were slimy with oil and discolored with chemicals. Dead fish covered beaches. Now we measure pollutants in parts per billion and they are not readily visible. But the problems and the impacts on people are just as real.

Aldo Leopold also said, “We abuse land because we regard it as a commodity belonging to us. WHEN WE SEE LAND AS A COMMUNITY TO WHICH WE BELONG, we may begin to use it with love and respect.”
In other words we are we a part OF nature rather than apart FROM nature. In our capitalist economy everything gets turned into a “commodity.” Only things that can be measured in dollars have “value.”

Too often the only “value” that counts is whatever produces profits for the major corporations and the political and economic elite.

The same short sighted, profit-cent-ered thinking that opposed creating national parks hinders creating the “good change” we need today. Instead of building a wall that symbolizes racism, hate, ugliness and the worst of America, we could build a better, cleaner, healthier, more tolerant society. We could create a more beautiful America. But as with the national parks, people will have to come together to pressure our leaders to make it happen.

As we begin a new year, with new national leadership, we have an opportunity to change our thinking. We can begin to see the land, the environment, our society, and ourselves as a “community to which we belong.” We can get serious about implementing “good change.”