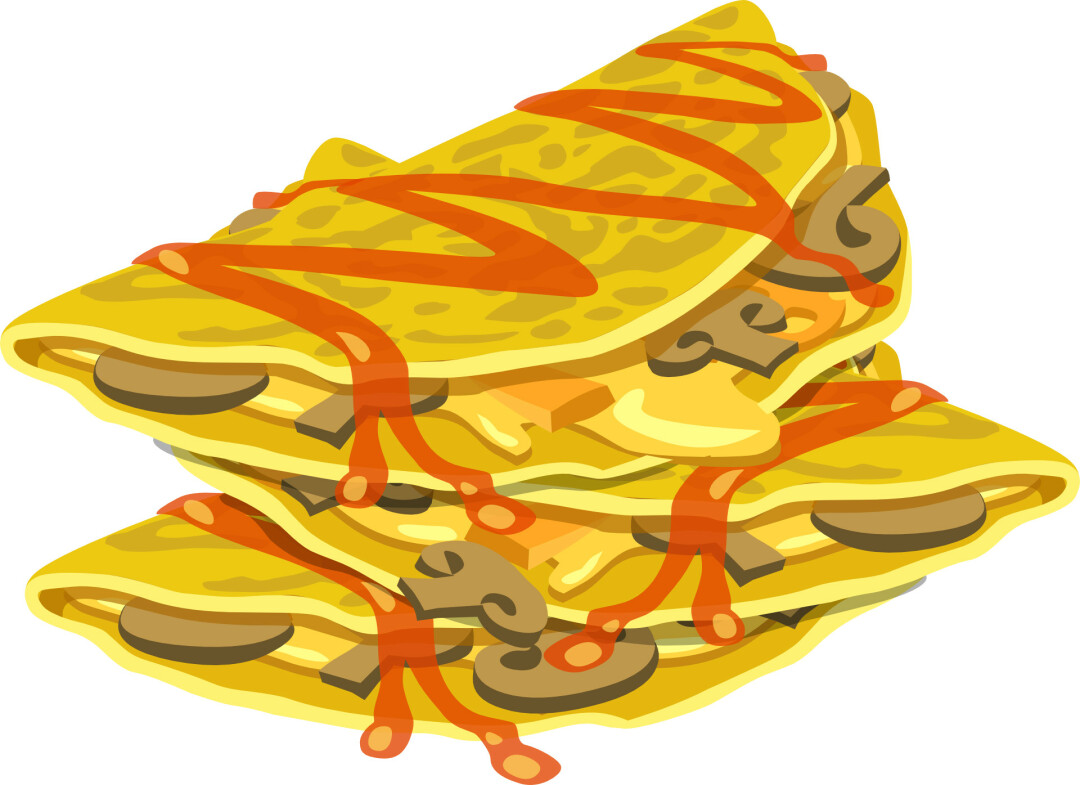 Jibbery, jabbery
Central Americans
Some that speak Spanish and
Some polyglot
They are all proud of their
Multiethnicity
Even the Irish
Believe it or not.

When it comes to adventures in fine dining, I would be the first to admit to being a rabbit. I don’t mean I like rabbit food, I mean I get nervous and jumpy around foreign food. In my youth, I went all over Mexico City looking for a place with an American menu. We did find a place that had turkey sandwiches. It also had a table of gentlemen loudly singing “For He’s a Jolly Good Fellow” along with guitar accompaniment. Before we could finish, one of those gentlemen came over and asked if we would like to join them in the festivities. He explained that they were from El Salvador — he worked at their embassy in Mexico City, and he was being transferred to Florida. Two of his friends had been living there, studying Law and Medicine (one of each) at the University, and the guitarist was Manuel, a Mexican they had commandeered along the way. I can’t recall his friend’s names, but his name was Roberto Walsh, which is hard to forget. It turns out that during the great Irish Potato Famine, some of the Irish migrated to Central and South America as well as to the States.

Roberto’s friends spoke very little English, so there was a lot of sign language. There was a lot of kidding going on about one of them. It seems that he wanted an American car, and he went to El Paso to buy it. He had more than enough cash, but he didn’t know how to count American money, so he held out his wad to the dealer, and said “Here, take it.” Fortunately, the dealer was remarkably honest, and left him enough to buy gas.

After Roberto’s embassy colleagues left, we decided to tour Mexico City with the remaining crew. Manuel’s guitar wouldn’t fit, so we said adios to him, and the rest of us, three Americans and three Salvadorans, piled into a cab. Mexico City cab drivers needed both hands to drive — one to steer and one for the horn, but only one foot for the accelerator, so riding with them was an adventure in itself. Additionally, at that time at least, it seems that word of things like stop lights or stop signs had not reached that far south, so cab drivers worked on perfecting the game of chicken.

Surprisingly, we got where we were going in one piece. Not so surprisingly, we didn’t have a clue where that was, exactly. All I really do know is that it wasn’t on any of the tourist maps. Luckily, our companions were just as friendly there as they had been elsewhere, and we ended the evening swearing to be brothers forever. And just like brothers, they have never called.

It wasn’t until the Zona Rosa opened up in Superior that I found I liked Mexican food, and 20 years later I was driving around Portland, Oregon with an L.A. Chicano, looking for a Mexican restaurant. We never found one, and ended up having to settle for pizza. And now Pedro’s is the only place in Cloquet where I’ve had to wait in line for a table to clear.

There was an old man from Toledo
Spilled taco sauce on his tuxedo
He said with a frown
As he wiped himself down,
After this I’ll stick with a burrito.

An instructor at Sadtler Labs in Philadelphia told us about a restaurant in Philly’s Chinatown that had the best Chinese food he had ever found, and that night he led us all to it. I had never tried Chinese food (of course). He suggested that we all order something different, and then share our meals. If it had been a Japanese restaurant, I would have suspected raw fish, which I was not about to eat, but for Chinese I went along. I can’t say I much cared for any of it, fish or not. Even the dishes with chicken in the title looked like plates of bok choy and snap peas to me, with a few noodles thrown in for variety. A few years later, my wife would bring food home from the Chinese Lantern, but I still had that same opinion, so she would eat Chinese while I fixed myself some Polish sausage, the one non-Scandinavian ethnic food I really liked. Oh, and sauerkraut. I love sauerkraut, wherever it comes from.

A young sausage maker named Hearst
Wed a lovely young maiden, but first
She needed to learn
How to handle a churn.
They were married for butter or wurst.

I grew up next door to my Norwegian grandmother, who baked molasses bread that was great when hot from the oven, boiled potato dumplings (kumla) and made lefse, also from potatoes, on top of her wood stove. My sisters and I all loved these dishes, probably because they were so unhealthy. Dumplings were eaten covered in hot bacon grease and butter; lefse with butter and sugar. I learned how to make the dumplings, but I buy my lefse from the store. I have a friend who inherited a lefse factory located in Windsor, MN, just Northwest of Bemidji. His son runs it now, but I always check the lefse I buy to make sure of the manufacturer. Regardless of label, it’s still his plant.

If my grandmother ever made lutefisk, she was kind enough to keep me from smelling it. My grandfather was Swedish, but I don’t recall eating anything that was considered a Swedish dish except for Swedish meatballs. I have never visited Sweden, but I have it on good authority that beef is difficult to come by there, so the main dish is most likely pickled herring. For this reason, I have always said that I refuse to visit, no matter how much the Swedish Bikini Team begs me to come.

When travelling through Sweden and looking for pot roast
You can bet that the meat you’ll be getting is not roast.
Herring that’s pickled is tops on their menu
There’s no red meat to be found in this venue.

Apparently, I was a little more adventuresome in my youth, because I remember holding a sardine up by the tail and dropping it into my mouth head first. If I tried that now, I’m afraid the head coming up would meet the tail going down.