A pretty good view from here 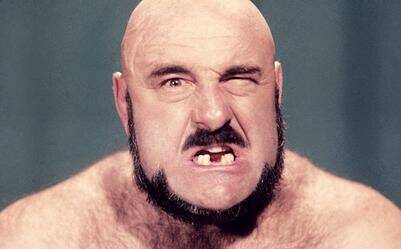 PARK POINT – The last three major holidays of each year are the ones that, maybe more than the others, encourage us to look back, reflect and look ahead, too.

Thanksgiving, Christmas, and New Year’s are some big days each year that give all of us a chance to engage our minds and allow them to go where they may.

I often think of the holidays of my youth in St. Paul and of how special they were. My family and I were fortunate, with much to be grateful for. Whether it was a meal out at an old-time diner or local restaurant, or a train trip to visit others in our family, a holiday movie release or sports event, there are a ton of memories, and all of them bring a smile.

Across the street from us was a Christmas tree lot and the biggest attraction to me was the 15 x 15 shack that sat on the corner of their space. Inside it had an old kerosene stove that threw off plenty of heat and, of course, that familiar scent of burnt fuel oil.

Somehow it seemed as if I was spending a lot of time there and quickly became the workers go-fer. I made many trips to the bakery and King Henry’s coffee shop for pastries, coffees or lunches to go for the guys. I was suddenly the young working lad on West 7th, having a good time and making a little bit of pocket money.

I recall one Christmas day when we had gone downtown to take in a new movie, and upon coming out of the theater, it was dusk, and there was a dusting of new snow on the downtown streets. We were going to grab a bite to eat and then head for the cab stand nearby to go home.

My brother Paul suddenly let out a loud “hey,” as he found a five-dollar bill on top of the fresh flakes. We went to the nearby cafe, and he insisted on paying for our meals. And back then, the five dollars covered the whole tab and a tip.

It was a precious memory, just the four of us together. With most family still back in the Land of Lincoln and our Swedish family over in south Minneapolis, we were often together by ourselves or with our dear neighbors, the Zamberlettis. We were very tight and fortunate beyond belief.

I recall some sporting events on Christmas day in the Sixties, but way back then, they were far and few between.

I think the first Vikings Christmas day game ever was a playoff tilt in 1971 against Dallas. It was a home game out at the old Met. The Vikings didn’t prevail (20-12 loss), so the next couple of days were fairly sour post-game.

Times would evolve, and money and entertainment would slowly take hold of the sacred day. At this point in time, Christmas has become the most commercialized holiday of them all. I think a certain percentage of Americans don’t realize why this day exists.

With the pandemic still forcing us to be separated and battling a medical issue that has diminished my mobility, I’m at home most of the time or the clinic. It gives me a lot of time to think and contemplate the world around me. Old memories and new thoughts are abundant.

In fact, I find these truths to be self-evident: The Ramones were most likely the best act ever in the Punk category. They were true pioneers, and their early work still sounds good today. As famous as they were, they would eventually tire of a lack of commercial success. At that point, they started to write a lot of material they thought would appease the Top 40 charters, and the music was just flat out bad, with a bunch of cover music mixed in. I felt for them.

The late ‘60s-70s edition of the Vikings was arguably one of the best rosters and teams in league history. Sure, the four Super Bowl losses still grate on me. But it must be acknowledged that they are one of 22 teams with multiple appearances, of which only 20 have a minimum of one victory. They were also a dominant team, appearing in 3 of 4 SB’s in the mid-‘70s.

I was a keen observer of pro wrestling for years. Not so much because I believed it was a sport because I viewed it as entertainment art. My viewing ceased around 2001, but until then, I was into it.

Considering all of the changes since the mid-‘80s hostile takeover by the WWF, I understand now that the Twin Cities promotion, the AWA, was probably the best ever. I mean, it was Verne Gagne’s AWA roster that Vince McMahon Jr. stole the most talent from.

There is no Gagne-trained talent performing anymore that I know of, but they were the best when there was. Kenny Jay was the best “loser” ever. Mad Dog Vachon was the best bad-good guy in wrestling history, and Bobby “the Brain” Heenan was the finest on the microphone there ever was. Marty O’Neill and Gene “Mean Gene” Okerlund were nothing short of the Gold Standard of all interviewers.

Want to debate that? You’ll lose.

If you are home alone, with a dried-out chicken or turkey wishbone on hand, it is just not sporting to grab both ends of that wishbone and make a wish for yourself. It just ain’t right. I mean, what would you get? Half of your wish comes true?

The BLT is most likely the best sandwich ever invented. That’s just the way it is. Serve with a couple of high-quality pickle spears, and you are in food heaven. Add some piping hot, lightly salted crinkle-cut french fries or Old Dutch chips, and you must have double food heaven. Now, add some deep-fried sliced turkey breast to make it a Club Sammy, and you are surely en route to food nirvana. As a kid, this was my go-to while onboard the Empire Builder between St. Paul and Chicago.

Was there anything better than old-time Stanley Cup playoffs? I recall the ‘60s-‘70s playoff era because, in most series, the first game was about 60% hockey and 40% fighting. Once that was out of the way, the remainder of these series were some pretty excellent hockey. Three-hour games were not uncommon.

My little brother was scared out of his wits by the flying monkeys in The Wizard of Oz when we were kids. I’m serious.

The Porsche 911 is my fave sports car of all-time. Sadly, I don’t have one. Yet. I do have, though, my second fave, a Chevrolet Corvette. I think I’m upgrading soon. Both are pretty cool, though.

I also have a pretty great family. And a pretty amazing group of friends. My inner circle isn’t big, but it’s very high quality. I know how lucky I am. I hope that luck is with all of you as well and that this will be your best holiday season ever.