Stauber hitched his wagon to the right-wing political mule 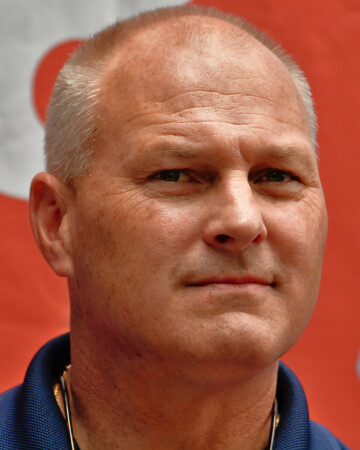 As a constituent in the Eighth Dis-trict I hope you’ll hear me when I say that signing on with Donald V. Rumpt and his team of power-hungry lackeys makes you one of those very lackeys.

I would hope somewhere in your heart you understand that the faux-billionaire president, who is far in debt in both money and soul, is a boob, one not to be trusted. A charlatan with absolutely no moral bearing. A man who cheats on his wives, his taxes and golf. A playboy who opted out of military service through the help of the family doctor for supposed bone spurs. Bone spurs bad enough to keep him out of the military but not out of the posh clubs of high society New York.

Why any veteran would vote for the guy is beyond me.

You have to see through the sodden veneer of the man. But maybe you don’t or can’t, depending on how you hitch your wagon to the right-wing political mule.

I wrote you a couple years ago when you stood at the podium with the Liar-in-Chief and gladhanded to your heart’s content in the hopes that the Rumpt base would vote for you.

I said at the time you had a long way to go before you’d gain my trust again. Now that you signed your name to a bogus political stunt to try and erase votes in states other than your own, your standing, in my opinion, has fallen to rock bottom.

Your recent diatribe in the local paper was another ploy right out of the right-wing talk radio, fake conservative playbook. Blame, blame, blame. There was no attempt to solve any problem through your words other than to blame the other side.

Instead of blaming the “radical left” perhaps you should go have a talk with old Mitch McConnell, Mr. Stick-in-the Mud Obstructionist himself. If you want to help this country deal with the economic effects of COVID then go talk to McConnell, who seems to think that any COVID measure is but a “blue state bailout.”

Hey, that’s our state, according to the last election. Blue state, red state, it’s all about people.

To ignore the needs of everyday Americans and nearly every local, county and state government because of some goofy political description is criminal.

Oh, by the way, by signing on to the Texas Attorney Generals amicus brief to the U.S. Supreme Court you have hinted there was voter fraud even though you’ve kept a tight lip about what you actually believe.

Even though 50 states worth of secretaries of state have said the election went off smoothly you have the audacity to suggest otherwise.

Throughout your term in office you pointed to the fact that you spent a career in law enforcement. I thought law enforcement officers stuck to the facts, just like officer Joe Friday said all the time in the old TV series Dragnet, “Just the facts ma’am.”

You seem to be doing the opposite. Matter of fact, you’ve sided with a president who stuck to anything but the facts, making up his dark reality at will and dragging all of us along his horizon of denial.

Your actions simply lead more people down the rabbit hole of denial.

You’ve chosen to side up with a liar and a cheat. I keep trying to believe you’re not made of the same cloth but you keep choosing that same kind of fabric.