How ambitious is Duluth? 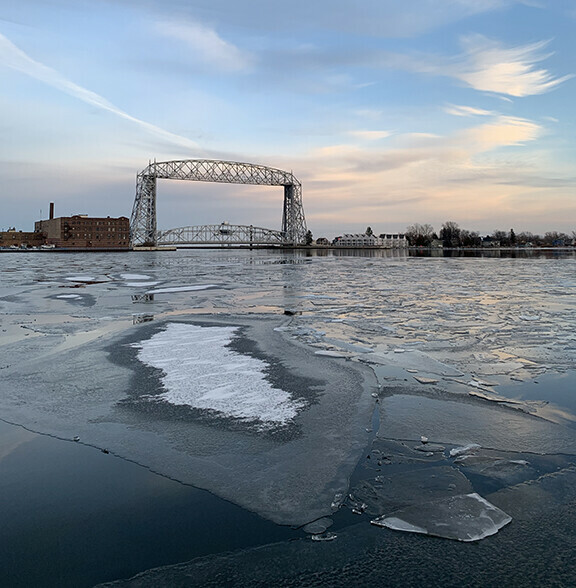 On Saturday, Dec. 12, the United Nations and United Kingdom co-hosted the 2020 Climate Ambition Summit on the fifth anniversary of the Paris climate agreement.

This online event brought together a number of world leaders to review what has happened the past five years and to identify where things stand at this moment in the global initiative to address climate change.

There was a general consensus that most countries were behind in their commitments to combat CO2
and carbon emissions, and that the international community has only about 10 years left to take some significant steps in confronting our global climate crisis. Antonio Guterres, the U.N. general secretary, urged all countries to declare climate emergencies.

In their book "The Future We Choose: Surviving the Climate Crisis," Christiana Figueres and Tom Rivett-Canac wrote, “Who we understand ourselves to be determines the choice we will make. That choice determines what will become of us. The choice is both simple and complex, but above all it is urgent.”

Having led the negotiations for the United Nations during the Paris Agreement in 2015, they expressed concern that the current actions of many governments have fallen short of what needs to be accomplished to successfully reduce global emissions.

“Every day that passes is one day less that we have to stabilize our increasingly fragile planet, by now on it’s way to becoming uninhabitable for humans. We are running out of time,” stated Figueres and Rivett-Canac.

So, Duluth, maybe we need to ask ourselves if we truly understand and appreciate that we don’t have until 2050 to figure this out. And if we are now given about 10 years to transform how we live individually and collectively, how can we embrace each day to help create a healthier and more resilient city?

How ambitious are we in working together to build a more sustainable and environmentally just community for everyone?

Immediately upon hearing about the Climate Ambition Summit, I reached out and began asking people around Duluth what could we possibly do during the first 90 days of 2021. What steps, actions or initiatives could we undertake within our neighborhoods or throughout our city that could prove to be pivotal in transforming Duluth into a city for the future?

So, here are a few things that we could do or begin working on within the first three months of 2021.

• Convince the city council to pass a climate emergency resolution.
• Support the Duluth Citizen’s Climate Action
Plan or the Highway 61 Revisited initiative.
• Find several empty storefronts in the center city and turn them into creative arts exhibits about the environment and climate change.
• Read the 2018 climate vulnerability report and share that report with local social service organizations that serve the most vulnerable populations in Duluth.
• Organize psychoeducational groups for adults and teenagers who are experiencing anxiety, stress or depression.
• Develop an incubator for new small businesses and entrepreneurial ventures focusing on sustainability.
• Create a free adult school on the environment and climate change.
• Contact the local papers and television stations to request more news and information about climate change.
• Organize a neighborhood project to build bird houses and create natural habitats on lawns.
• Volunteer or make a donation to such groups as Duluth For Clean Water, the Sierra Club, Minnesota Interfaith Power and Light, Citizens Climate Lobby or Minnesota 350. • • Go to the city government’s website and read about the sustainability director’s efforts.
• Check out the monthly zoom meetings for the Earth Harmony Bookclub or the Climate Emergency Poetry events.
• Watch the Climate>Duluth series on PACT-TV.

For Duluth to successfully address climate change and move forward, we must look at the growing number and intensity of climate events around the world and put them into context as to what these events mean for our city and this region. We must study the events so that they can teach us how to build a more resilient, sustainable and environmentally just city.

Tone Lanzillo coordinates the Duluth/365 project asking people to engage in climate change actions within the next 365 days. Contact him at risson1954@gmail.com.