Mine pits and mind pits 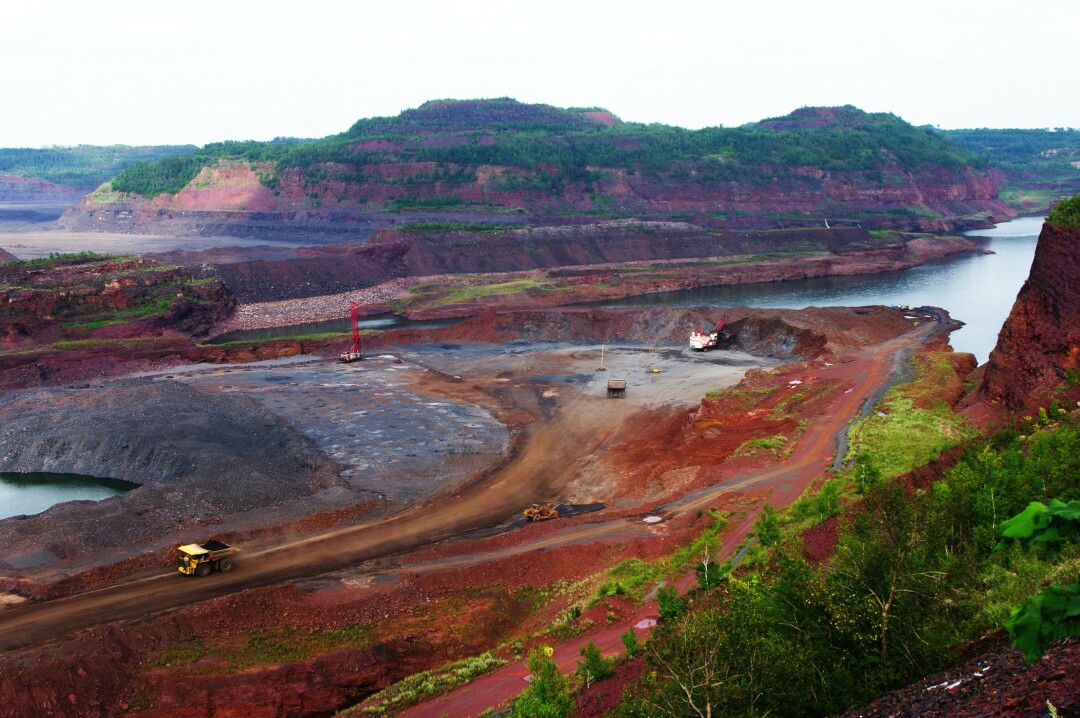 When I ran for public office (thank God I lost – appreciated by the public and me) I was at a meeting where a retired college instructor educated a plow truck driver on his job and how to do it.

The instructor was articulate and well-regarded; a nice older woman. The driver was not of that type and somewhat wearily explained things of which the learned one (as most of us) had no idea. The driver did more than just steer his modern plow, which for its part did more than bully snow off the road. The embarrassed instructor took offense at being what she felt was talked down to. The driver didn’t care. He’d no more yield to her complaint than to snow; “Out of my way!”

Afterward there was some complaint about the driver’s “patronizing” attitude. (Patronizing is used by those desiring to be pissed-off.) Righteous noises were made to see the driver be counseled (aka reprimanded) by a superior (one wonders if superior is patronizing).

In his job the driver likely had little contact with the public, making attitude small in terms of his work. But you know the song (is that patronizing) and how it’s to be sung (again).

Once the glaring need of human relations education among plow truck drivers was made known, well something had to be done.

If I know a thing about truck drivers and people in general I’d suggest they grumbled but obeyed and sat through their sessions with growing resentment that people sitting behind desks had nothing better to occupy them than patronize (useful word, that) drivers and waste their time.

Is it bad for truck drivers to get HR training? No, but if the lower orders (that is patronizing) must be improved why does no one say their improvers should be put behind the wheel for a 10-hour lesson during a blizzard?

Why no, the supervisors would say.

Human Relations training is for the good of all. The good of all as determined by some who see HR programing work so well their relating employees are eager for legalized weed to take some pressure off their damaged livers.

If it was truly Human Relations would we be so keen to demean others by telling them how a human should think or act?

Isn’t it somewhat intrusive (patronizing and belittling can also be used) to preach to others about humanity (or in Trudeau-speak peopleity).

You may have noticed I take opportunities to jab at the Premiere north of us-US. Well, he is a nearby and interesting example because when he replaced mankind with peoplekind he was seen as revealing a new and better way to march futureward. (If he can do it why can’t I?)

Since the time of Roman newsreaders announcing in public and speeding up with printed news circulation word-war has been used as much to distract as inform.

Whether Trump’s America First or Obama’s guns and bibles words are selected to skew our view one way or t’other.

So if peoplekind is truly a statement for a new kind of personhood why not say so? I suppose it looks more inventive and fresh to say peoplekind to degender people as a sex-free (or sexless) accumulation (note the difference saying mass or blob instead of accumulation, but is humanity a term about gender?

Apparently J. Trudeau thought it was and took the bold step to embrace peoplekind, perhaps in hope his huge hug would squeeze the chromosomes right out of us and leave us happily free of gender bias.
Good luck with that, J. T. because gender and gender bias is part of us.

Is doing away with that to become an “it” what most persons want? (In some cases this might be OK, but I’d wonder what the world of fashion will do with “IT.”)

Degendering can be said to erase some barriers, but looks to install new and trickier ones. Simply naming all the new genders is a labor.

Would a termite model work with one queen, a few drones for looks, and lots of sexless workers and soldiers? Burrowing away in that mine, what will the joyful future be? (The new rules have a particular bent in their bending allowing Whoopi to play Churchill but DeNiro could not be Abzug.)

I’d be incorrect saying the term humanity has no bias. It does, but for most of us it’s a damned small bias indeed.

For those who see “humanity” and see penis or Y chromosome dominating the X, which is the other half of male gender in mammals.

Far as I know humanity is not a sex specific term.

Those who think it so are free to soldier on thinking so to the doors stating “the milk of human kindness” where they will need to decide whether milk is to be seen as male or female in their world of dialectic.

Not that there is NO issue, but can I say conventional meaning is usually not a major problem. But, no harm in looking at whatever assumptions might rest with terms, is there?

So, you guessed it, I have a candidate for review.

What if a sweet sounding term like “social justice” held more perplexing concerns than “man” in humanity?

First, would the concept be better represented as societal rather than social justice?

A society is made up of social groups, so what do you think?

Worth giving a moment’s consideration, but that’s the easy part because in either view the justice (or judgment if you will) applies to groups. Think about it and decide if you like the prospect of group justice applying to all members of a group.

How do people get into a group being judged, by birth, by giving support, by moving into it, by default, and so on?

I think social justice a flawed concept casting aside individuality in favor of the group. In other words social justice may disguise injustice to the individual. There’s more excitement placing wholesale group judgment over personal responsibility though doing so requires calling injustice just.