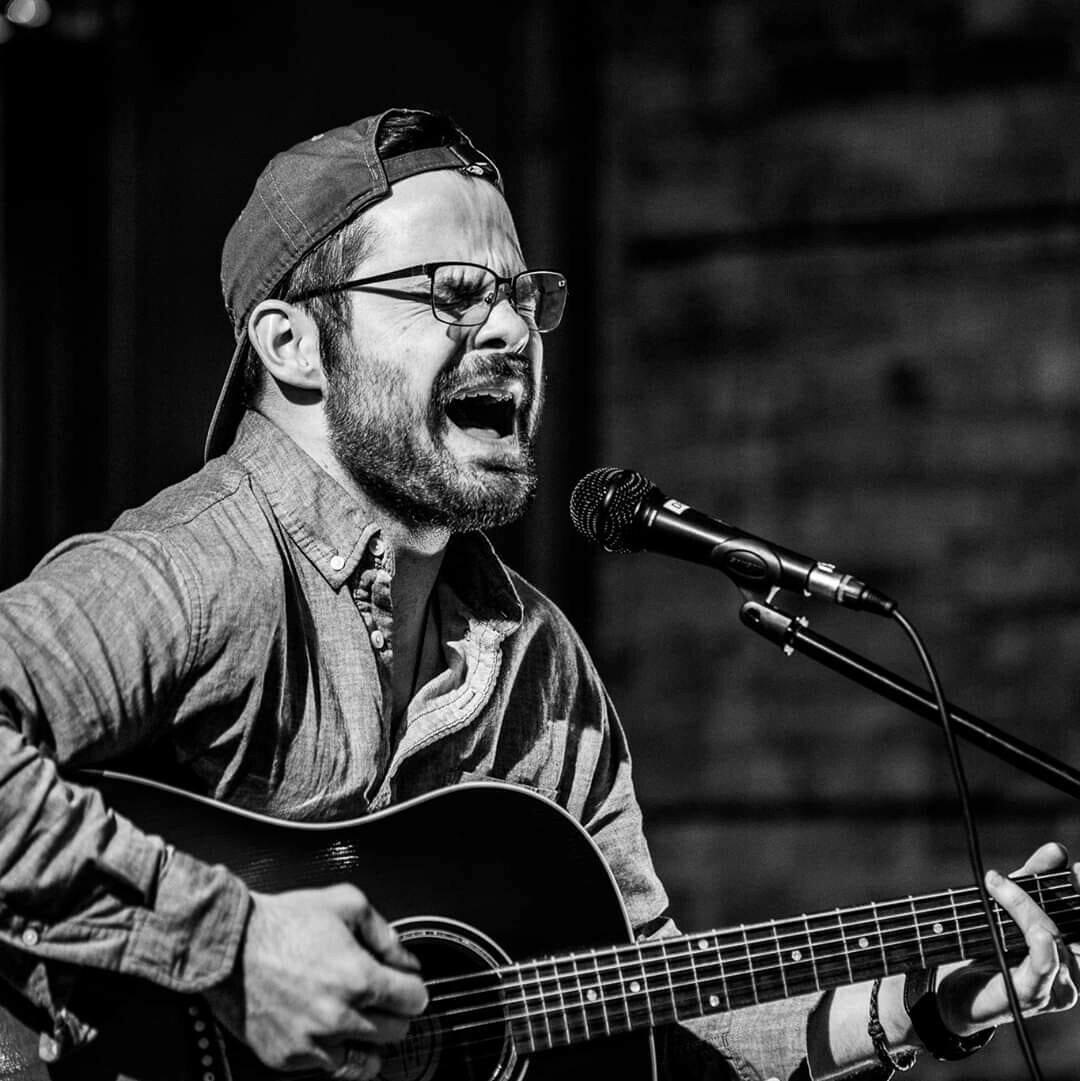 Severio Mancieri is a Duluth-based soloist, familiar to the local music circuit before the ‘rona, and this is his first EP of six songs. Already he has a signature style. While folk singers often have wispy, light voices, he has a full, sonorous baritone like a classic country star (Roy Acuff, maybe) or Mark Farner of Grand Funk Railroad or a deeper James Taylor. The voice almost overwhelms the lone guitar (perhaps he should be fronting a full band or an opera) but he strengthens the instrument with lightning-fast, Spanish-guitar flourishes.

You couldn’t tell from the robust vocals that he was born with underdeveloped lungs. I only found this out because I happened to look up his father, Robert Mancieri, a Duluth musician in the ‘90s (he played in a band called The Heard), in the Duluth News Tribune archives. I found an article from 1999 about Severio, then age 3, leading the March of Dimes walk along Park Point. He was born 12 weeks premature at 2 pounds and spent the first three months of his life in intensive care, but he survived to become a poster child for the Dimes.

“So I was a premi,” he acknowledged when I asked him about it. “My folks put Mozart in my incubator after I was born.” He sees that as the probable catalyst for his musical career. It also helped that his father had guitars laying around the house. Though he was born in Duluth, the family moved to Iowa when he was four, so that might be an Iowan accent in his singing voice. A couple of years ago he moved back for the outdoor and music scenes.

He’s in excellent health now, which (conflict of interest disclosure) I can verify since I’ve gone running with him a couple of times on the Lakewalk. I wasn’t sure I’d like this album, though, since I often find solo acoustic music a bit dull. I would certainly let him know if I didn’t like it, especially if he ever leaves me in the dust, in which case I would wheeze, in between ragged breaths of air, “Hey, kid! Solo acoustic does NOT rock!”

Objectively, I can say that between the voice and the guitar, this is a lively, distinctive first album. It also sounds great, recorded at Christopher David Hanson’s studio in Ely, with just the right amount of reverb, seemingly tailored for his voice.

The first track, “Waste Your Time,” introduces his rapid-fire yet intricate method, a fast song that starts out in minor key and moves to major in the chorus. The lyrics are basic hittin’ on a girl stuff. (“I want to know how you feel behind those blue eyes of yours … Let me open that door.”) Still there are curious dark lines such as “I can see the end is near.” What they mean he couldn’t explain when I asked, since it was written years ago in collaboration with a childhood friend, Trace Ohrt. My favorite part of this song is an apparently unrehearsed moment when he laughs in the middle of a serious line, “I took a walk to ease my troubled mind.” It gives the rest of the album a spontaneous, enjoyably unpolished feel. 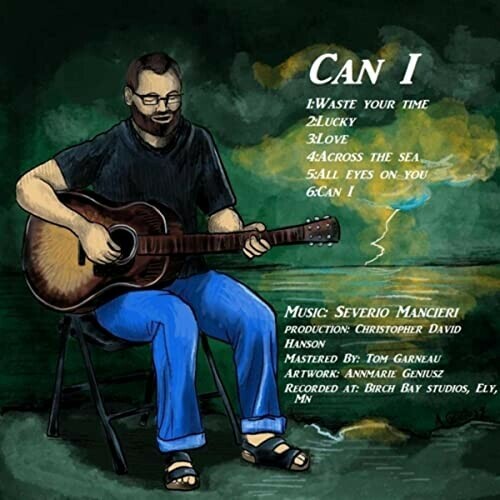 Track 2, “Lucky,” keeps up the brisk pace in a major key. It reminds me of Jonathan Edwards’ acoustic hit “Sunshine (Go Away Today),” which, nearly 50 years ago, brightened up AM radio like a beacon in the darkness of overproduced cheese. Like Edwards’ song, “Lucky” grabs your attention with just guitar and voice, though “Sunshine” has one extra edge, a drum.* So not that anyone ever got rich listening to me, but I would suggest Mancieri get a drummer for future songs like this, the most likely contender for airplay.

The third track, with the generic name “Love,” is anything but generic; it’s slow, lovely and emotional. “Across the Sea” is a showcase for his guitar skills, particularly in the bridge, in which he plays the fast chords at the same time he shreds out the melody.

“All Eyes on You” has powerful lyrics, gradually revealing what it’s about. The first stanza starts cryptically, “You walk into the restaurant, money in your hand / Looking for the good times, the bad times that you had / Can you feel all eyes on you.” In the next stanza, “You walk into a bar, money in your hand / Looking for the one thing that you never had.” Then there’s a bridge: “Where have you been / Have you thought about what you did.” Next you’re walking into a prison, then in the final stanza, an employment line, “hoping you have a prayer that they can try to understand.” The song puts you in the shoes, and mind, of a convict. It doesn’t say what he did, but it makes you feel his estrangement. That all eyes are on him only emphasizes how alone he is.

The final track, “Can I,” is the second slow ballad on the cd, starting out with chords slightly reminiscent of Stevie Nicks’ “Landslide.” The melody is completely different but no less tear-jerking: “Can I see your world? Can I free your soul? Can I take your pain? Can I lend you my name for a while.” The last line implies understanding and empathy.

So this is an impressive introduction and there’s more to come, as he’s got a backlog of material. After you buy this, throw a donation to the March of Dimes, since the music is living testimony to the value of decent health care.

The album is available on Spotify and Amazon.