Close encounters of the nerd kind 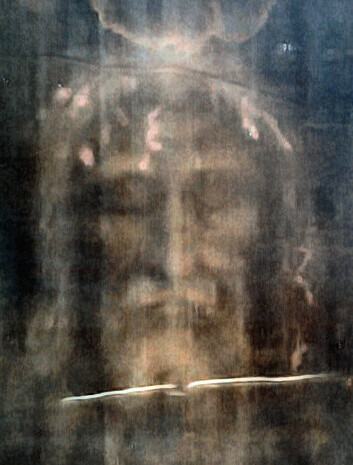 The “scientists” studying the Shroud of Turin made the mistake of giving a small piece of it for Walter McCrone to study. It was a mistake because they were not studying it to prove whether it was fake or real, they were studying it to prove that it was real. Dr. McCrone was a well-known expert on the identification of microscopic particles, and what he found in a piece that was supposed to contain dried blood was particles of ocher and vermilion pigment, commonly used in paint. The finding was undeniable, so the “scientists” immediately denied it and went on studying.

McCrone said that his major talent was in being able to keep together a large group of eccentrics. John Delly, the co-author of McCrone’s comprehensive Atlas of Microscopic Particles, had his office done up in red velvet. An expert in photomicrography, it was his job to put together the picture for their Christmas card, which always featured microscopic colored particles arranged in a Christmas theme. He would spend hours setting up to take a picture, then destroy the setup before the picture developed. He did this, he said, because if he did something wrong, he deserved to have to redo it.

McCrone was a little eccentric himself. I took a couple of classes at McCrone Associates when I was a chemist at Potlatch Research. At 3 a.m. one morning, after dinner and drinks in midtown, he drove me back to my hotel in South Chicago. I don’t know the street, but I’m sure the speed limit was 30, and there were stoplights at nearly every intersection. Dr. McCrone, always the scientist, had calculated that he could hit all the lights green by going 62 mph, and he proceeded to do just that. He wasn’t the least bit concerned about seeing a traffic cop.

At 3 a.m. in Chicago, I guess the cops had more important things to do. Also, a few Chicago cops were known to occasionally and unofficially supplement their income. An Army buddy of mine told me that his father was stopped by a Chicago traffic cop. Amazingly, when he pulled out his license, a $5 bill got stuck on it. The cop handed back his license with one word: “Cheapskate.”

Jocular, ocular
I.R. Spectroscopy
Works by employing long
Wavelengths of light
But if you’re working with
Nanotechnology
You need electrons to
Focus your sight.

When I was sent out to buy a Scanning Electron Microscope (SEM), I had 300K to spend. Since the cheapest SEM, which was not powerful enough for my purposes, was 100K, the most I expected to get was perhaps a mid-line instrument, and then I would try for an x-ray analyzer in the next budget. But I was delighted to find that the people that sold million-dollar pieces of equipment operated exactly like used car salesmen. As this was a game I knew how to play, I came back with a top-of-the-line instrument with an outmoded x-ray analyzer attached. It was a demo with a new warranty, but that is the same as buying a Rolls-Royce with 2,000 miles on it. And when the powers that be found out what an x-ray analyzer could do for them, they gave me another 100K to get the best one available.

When I bought the SEM, examining organic materials was a problem. The sample had to be conductive, so it would be sputter coated with gold. This made for good viewing, but was a hindrance if you wanted to know what it was made of. The SEM was a great aiming tool for x-ray analysis, and the x-rays would identify the inorganic elements present.

Scientists often study things that are not easily explained to senators who haven’t the foggiest notion of what science is all about. For instance, scientists studying the vision of praying mantises put 3D glasses on them. Would your senator fund that? Even more difficult than the funding was getting the mantises to drop off the glasses in the barrel on their way out of the theater.

Focally, fecally
Sarkis Mazmanian
Worked with gut bugs and was
Thrown for a loop.
Said in his view as a
Microbiologist
Health could be judged just by
Looking at poop.

And there it is. The transplants were given to mice that were bred to be germ-free. Before the transplants, these mice had little resistance to pathogens. After the transplants, they were as robust as normal mice. Eventually, this work led to transplants for humans, with good results. Some autistic children with GI issues had improved neurological function after treatment, proving that there is actually a gut-brain connection.