Stauber, et al should be ashamed! 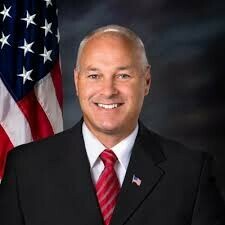 Last week a large Florida newspaper – the Orlando Sentinel – apologized to its readers for endorsing the Congressional re-election campaign of Republican Michael Waltz after he signed on to the Trump-backed Texas lawsuit seeking to overthrow the 2020 election.

The daily newspaper’s editorial board told its readers they had “no idea” the lawmaker “was not committed to democracy.”

The lawsuit started by Texas Attorney General Ken Paxton, who is under investigation by the FBI for using his office to assist a wealthy real estate developer and Republican donor, was also supported by 15 Minnesota Republicans, including recently re-elected Rep. Pete Stauber, representing our 8th Congressional District. (Stauber did not respond to The Reader’s request for a comment on his shameful support of the Trump lawsuit – I guess we don’t blame him, after all, what could he say to defend himself on an issue that all but he and his now besmirched colleagues believe is bogus.)

Before the U.S. Supreme Court threw the suit out on Dec. 11, 17 other Republican state attorneys general had joined Paxton, along with 126 Republicans in the House.

All of these accomplices to the Trump sham of election fraud should know that politicians are held accountable for their actions, and in the post-Trump landscape, things will be different for them. The Bully in Chief will have left the building and they will be alone with their shameful support of his anti-democratic tactics.

Some editorial writers have suggested that since members of Congress swear an oath to protect the U.S. Constitution, which was designed to protect rules for democratic elections, those who supported Paxton’s seditious lawsuit should no longer be allowed to serve in Congress. In truth, all of the signatories to this lawsuit are insurrectionists for attempting to subvert the tried and true rules of our democracy.

Stauber’s support for Paxton’s absurd lawsuit shows that he is sadly out of touch with his constituents.
Unfortunately, the very Constitution that Stauber and his colleagues attempted to subvert also protect them from recall. No member of Congress has ever been recalled because the framers of the Constitution considered but did not include a framework for recalling legislators who fail to represent the people they were elected to represent. But we humans have long memories.

They wrote: “As elected leaders and constituents in the 8th Congression-al District, we are disheartened and dismayed by your recent actions. Your decision to sign on to an amicus brief aimed at overturning the results of a valid and certified presidential election is alarming, to say the least.

Our democracy, the foundation of the United States of America, must be protected from tampering by politically ambitious individuals, no matter their political party. In one stroke of your pen, you destroyed your credibility with your constituents. You have a history of campaigning and working with a bipartisan approach. With this about-face, you prioritized the political power of your allies above the voice of the American people. This action would not only silence millions of Americans across our country, but would, in effect nullify the votes of thousands of your own constituents, many of whom voted for both you and Joe Biden.

It is beyond disappointing that you have made such an indefensible decision to sign onto this frivolous lawsuit which was swiftly thrown out by a unanimous Supreme Court. As you well know, in hockey when the horn blows at the end of the third period, you stop skating and shake hands. We are still waiting for the President and you to do this for our nation.

Our country will move past this dark time in American politics. We will continue to fight for all of our constituents on city, county, state and federal levels. We ask that you remember your oath and support democracy.”

Councilor Forsman added this to The Reader: “I personally felt that Congressman Stauber’s recent action crossed a line that should never have been crossed.”

Here are some other opinions:

Austin (Texas)-American Statesman: Attorney General Ken Paxton embarked this week on his most repugnant stunt to date – one that spent taxpayer dollars to fuel division, curry political favor, and flirted with dismantling democracy to preserve his party’s grip on power.

Fort Worth Star-Telegram: For decades, Republicans have railed against frivolous lawsuits that clog the courts with specious claims...Now, in the increasingly ridiculous tenure of Texas Attorney General Ken Paxton, such suits are apparently part of the toolkit....By Paxton’s strange accounting, states should be able to intervene in their counterparts’ election procedures. It’s a silly argument that the court should reject completely.

Yet that’s exactly what a lawsuit filed by Texas Attorney General Ken Paxton sought to do, the latest in a series of increasingly desperate legal efforts to keep President Donald Trump in office despite his election loss.

Flailing of this nature would be laughable if it weren’t an attempt to subvert American elections and assault democracy itself – and Nebraskans should be embarrassed that Attorney General Doug Peterson was one of 17 Republican attorneys general to sign an amicus brief supporting such a ridiculous claim.

The National Review, the conservative magazine founded by William F. Buckley, in an editorial called the Texas lawsuit “indefenisble” and in a separate story on the suit’s rejection, wrote: While Texas’s lawsuit drew support from multiple House lawmakers, Senate Republicans have not signed on to the effort. Senator Ben Sasse (R., Neb.) applauded the Supreme Court’s decision on Friday.

“Since Election Night, a lot of people have been confusing voters by spinning Kenyan Birther-type, ‘Chavez rigged the election from the grave’ conspiracy theories, but every American who cares about the rule of law should take comfort that the Supreme Court – including all three of President Trump’s picks – closed the book on the nonsense,” Sasse said in a statement.

St. Louis Post-Dispatch: Illinois Rep. Mike Bost touts himself as a moderate Republican whose membership in the bipartisan Problem Solvers Caucus attests to his commitment to bridge the growing political divide in Congress. It appears he got his affiliation mixed up with what should be called the Problem Creators Caucus – a group of 125 Republicans, including Bost and Rep. Ann Wagner of Ballwin, that sought but failed spectacularly Friday to overturn the Nov. 3 presidential election and present an insulting middle-finger salute to American democracy.

The electorate has spoken. President Donald Trump lost. Attempts like those of the Problem Creators serve only to undermine public confidence in American democracy and lend credence to the increasingly bizarre conspiracy theories behind Trump supporters’ assertions that massive election fraud occurred....Trump’s own Justice Department agrees the evidence isn’t there.