Religious freedom in a tech world 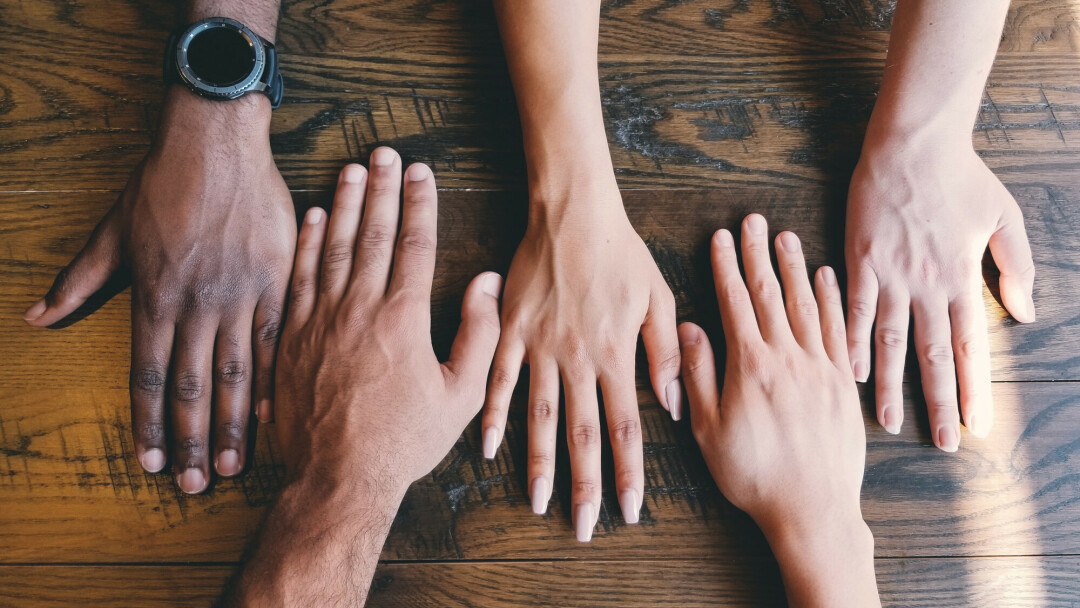 Amazon recently made headlines in the Wall Street Journal when it announced it was going to pay $500 million in bonuses to hundreds of thousands of employees who were working during the pandemic.

It did not announce that CEO Jeff Bezos, who is the world’s richest person at $190 billion, had earned that $500 million in less than one hour on the stock market in May, 2020 when he personally earned $13 billion in one 24-hour period. (When he divorced his wife recently because she caught him having an affair, he made her the 15th wealthiest woman in the world.) Generosity must be his middle name.

When will Bezos think he has enough wealth? He is acting like another mythical King Midas who in a deal with a satyr got his wish that everything he touched would turn to gold.

He first touched a table and chair. They immediately turned to gold. He then ordered a banquet of the finest foods. But when the tasty morsels touched his lips they turned to gold. Then his beautiful young daughter rushed across the room and embraced him. Guess what happened.

While 20,000 Amazon workers have been infected by COVID-19, they have not received any hazard pay for months while working in conditions that love viruses.

Bezos is pathologically anti-union and has spent billions keeping unions out of Amazon in the U.S. But his European facilities are mostly unionized because European businesses tend to work well with unions.

Working conditions in Amazon warehouses are much better in Europe than in the U.S. Bezos has used electronic surveillance, private investigators, and the Pinkerton Agency to keep union organizers out of facilities. The company has fired many of them using other reasons.

Finally, a warehouse in Alabama has met the 30%-of-the-work-force rules of the Labor Department and will hold an election soon to determine if a majority of workers want a union.

About 870,000 other Amazon employees and millions of other U.S. workers will be watching the most important election in decades in the U.S. It may even decide whether we have a democracy or not.

If one warehouse accepts a union, there will be a union “pandemic” in other warehouses in the country. I consider this a close encounter with the future.

What will be on the grave markers in Tombstone, USA?

In a story that would fit with a close encounter with the past, this one would not even sell in Hollywood until now.

In keeping with the fact that we seem to have a shooting in the metro area every night, a Trumplican woman from Rifle, Colorado, who was just elected to congress plans on wearing a Glock pistol on the House floor.

You see, she also runs the Shooters Grill restaurant in Rifle, was highly endorsed by our hero King Donald, and “carries” one of the 420 million firearms while serving her customers in our other dangerous pandemic that kills and wounds 140,000 Americans a calendar year.

The psychopath endorsed her as “a fighter who will never bow down to the establishment in Congress.”
We sure kill a lot of people every year. COVBID-19 will probably knock off more than 300,000 by 2021, 70,000 will die of Sackler Oxycontin overdoses, and more than 1,000 will be shot and killed by cops this year. Well, I guess we live in a “Make-My-Day” world.

As an old Marine with an Expert Rifleman’s Badge, my attention heightens any time I’m around firearms.

Some day in the future this entire country will be another OK Corral if we don’t get control of the firearm pandemic. Every city and town will have a large Tombstone cemetery filled with gunfighters.

Why do 30% of young people want freedom from religion?

I started thinking about God and religion when I was a Roman Catholic eighth grader in 1945 and watched the horrors of Auschwitz, Buchenwald, Dachau, Bergen-Belsen and other death and “concentration” camps on the newsreels in the Falls Theater at the end of World War II.

The images of naked starved bodies of all ages in big piles, the ash-filled ovens with human bones, the bodies in yet-to-be-covered mass graves, and the faces of young children pressing the barbed wire before they entered the gas chambers marvelously concentrates the mind.

I will never forget the answer of a Jewish survivor who was asked whether he believed in God. His response: “Perhaps I will believe in a God if he can satisfactorily answer why he allowed six million Jews and countless disabled adults and children to be killed by Adolf Hitler and the Nazis.”

In those days we were taught in catechism classes that the Jews were responsible for the death of Jesus, so I asked our priest Father Lematte what he thought of the Jew’s answer. He said: “I don’t know. Just remember only Christians go to Heaven.”

That was taught until 1965, long after we had left the Catholic Church in 1960. In the 1970’s the Vatican made a statement that Jews were not “collectively” responsible for the death, but it did not give a blanket answer.

It wasn’t until 2011 that Pope Benedict XVI finally made a sweeping exoneration for all the Jewish people in a book. It only took 2,000 years to come to that conclusion.

On Nov. 28, 2020, Pope Francis held a consistory in St. Peter’s basilica to appoint and promote 13 bishops to the College of Cardinals in the Roman Catholic Church. It is an important and historical meeting each year about the leadership of the Vatican. Cardinals select and elect the next pope before a puff of white smoke.

But for the first time in history the basilica, the largest church in the world holding as many as 60,000, was empty. Everyone involved with the ceremony wore masks and were socially distanced – except for two candidates who were quarantined in their countries.

The Vatican, even with all that prayer power, was carefully following the rules of the Italian government because Italy was in another “surge.”

Meanwhile, back in the Divided States, five Roman Catholic geniuses on the Supreme Court voted that they alone knew how to fix the pandemic, that it was a hoax created by the Democrats, that it was what it was, and that socialism brought it on.

In a midnight Friday press release they wrote they knew more about COVID-19 than five world-renowned epidemiologists who had fought similar pandemics around the world for decades. Does that sound like somebody we know?

Chief Justice John Roberts, trying to save “his” court from future political oblivion, dissented with the three wild-assed liberals left: “It is a significant matter to override the determinations made by public health officials concerning what is necessary for public safety in the midst of a deadly pandemic.”

It was a nice way of saying “You have ruined my court for a decade with that decision. It was time to listen to experts, not bishops and rabbis wearing crazy hats and waving Bibles.”

New York Solicitor General Barbara Underwood defended the actions of the governor at the court: “Indoor religious services tend to involve large numbers of people from different households arriving simultaneously; congregating as an audience for an extended period of time to talk, sing or chant; and then leaving simultaneously – as well as the possibility that participants will mingle in close proximity throughout.”

Who has to go to church to pray, sing hymns, read the Bible, participate in online services, instruct children, and do good works in the neighborhood? No one. You can pray and sing hymns in your living room.

You can even put money in the collection plate by sending a check. Chief Justice Roberts in his dissent reminded the majority that customers in “operating grocery stores, banks, liquor stores and laundromats neither congregate in large groups nor remain in close proximity for extended periods.”

1. Should a hospital chain owned by the Catholic Church be allowed to deny treatment to members of the LBGTQ+ community?
2. Should atheists be allowed to deduct from their property taxes the costs of providing fire and police services to all religious institutions in the city?
3. Should pharmacists and pharmacies be required to keep morning-after Plan B drugs available for sale at all times?
4. Should a Christian baker refuse to bake a wedding cake for a same-sex couple?
5. Can an agent refuse to rent an apartment to a married same-sex couple?
6. Can a Christian medical facility refuse to perform an abortion on a woman who is suffering from an immediate life-threatening situation?
7. Do you consider health care a privilege or a right?
8. Can a state or school system require students to be vaccinated for certain diseases?
9. Can a pharmacist or pharmacy be required to sell contraceptives, condoms, etc. to teenagers?
10. Can a city tell a citizen how many dinner guests he can invite to his home?
11. If women are equal to men in our Declaration of Independence, why has the Vatican banned women from ordination, priesthood, and pulpit?
12. How many same-sex marriages have been conducted on the altar of Fargo’s St. Mary’s Cathedral where Corky and I were married in 1954?
13. Do you agree that “street sweeper” shotguns with ammo drums should be banned? Do you approve of selling .50 caliber sniper rifles that can destroy an engine block?
14. What are the relationships among the human sex drive, the celibacy rules for priests, the sexual abuse cases, and the bankruptcy of dioceses across the country?
15. Do you believe that the LBGTQ+ community is “intrinsically disordered” and that all members are going to Hell?

We have come a long way from the Constitution of 1787 when only white property owners had total domination over our society. Going back to that original language really doesn’t make any sense. The new administration in 2021will be made up of humans of different colors with very different experiences. Many may not even own property. As an example, members of the LBGTQ+ community have been elected and will represent their constituents in governing cities, counties, states, and the country. A 25-year-old Chinese bisexual person was elected in November to represent San Jose in the California Legislature. Democratic Socialists of America endorsed 26 candidates elected to state legislatures. Astronauts living on the International Space Station were able to vote on November 3. A contract was let to a private company to remove “junk” from space to make it safer for space travel. Originalism and textualism in interpreting the Constitution is Middle Age stuff.