Ruminations on the future 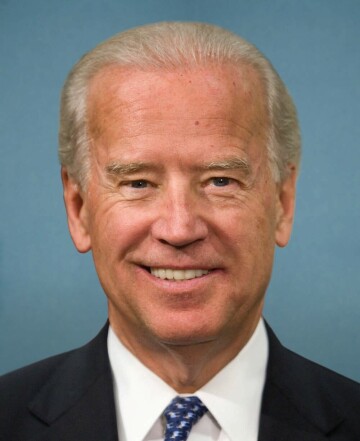 Biden must not make the mistake of seeking to get back to “normal.”

The election is over. But the struggle for a better America continues.

It will be a long, uphill struggle to undo the damage of the last four years. In order to have any chance of making progress, Democrats must lead with a bold agenda that addresses the real needs of the majority of the people. They cannot succeed by pursuing policies from the past. They cannot succeed by seeking to return to a fictional “normal.”

They must aggressively pursue new solutions to the old problems that impact all of us – including the 74 million who voted Republican.

The truth is Democrats barely defeated the worst president in our country’s history. The final popular vote and Electoral College count gave Biden the victory. But this result came very close to going the other way.

Biden won three states by very small margins – Wisconsin by about 20,000, Arizona by 12,000 and Georgia by 10,000. These 41 electoral votes would have given Trump the presidency 273 to 265. In all three of these states the Libertarian party received enough votes to keep Trump from winning. The far right wing Libertarian party, by “throwing away” their votes, gave Biden the election.

The country can breathe a sigh of relief that we will not have to endure four more years of Trump’s totally disastrous leadership.

But Democrats have little to celebrate. More people voted for Trump this election than in 2016. Trump won more states than Biden. More states have Republican- than Democratic-controlled governments.

The Senate will probably remain controlled by Republicans and they picked up some House seats. The country is more divided than ever.

It is astonishing (and depressing) that 74 million people voted to continue the obvious misrule of the last four years. In doing so our friends, relatives and neighbors said it is just fine with them that the president is a raging self-centered, lying, corrupt asshole!

It is OK to use his office to funnel money to his private businesses and ignore numerous laws. It is OK for the president to openly encourage racists and armed domestic terrorists. It is just fine that 240,000 people have died because of his mishandling of the the pandemic.

This list is only the beginning of the outrages. How can 74 million people be so blind?

So it is easy to be very pessimistic about the future. The problems are huge, there are many obstacles, and the country is hopelessly divided.

No amount of “reaching across the aisle” or “coming together to heal the nation” is likely to change the political realities – certainly not one marginal Democratic victory in a presidential election.

President Obama wasted most of his eight years in office in a futile effort to find compromise and bipartisan solutions.

President Biden must not make this mistake. Trump is not going into obscurity and Republicans are pledging to obstruct everything coming from the new administration (even routine cabinet appointments). Biden must fight for what is right and needed from day one.

Biden must not make the mistake of seeking to get back to “normal.” There is no normal anymore. Harking back to the Clinton and Obama administrations is a mistake. Their centrist, Wall Street and mega-corp friendly policies are part of the problems not the solutions.

Real solutions must be about what is important to people’s everyday lives. Biden must work on kitchen table issues that affect everyone, whether on main street, suburbia, farm country, big cities or the ghetto. This must include the rural, small-town farmers and small business owners who supported Trump.

Reinventing the Clinton and Obama policies will also alienate the liberal wing of the party.

Biden can’t make this mistake. Many of these people worked hard to get Biden elected. They deserve a place at the table. Biden will need them for the fight with the obstructionist Republicans. Biden cannot take these people for granted.

Biden and the Democratic party need a long-term program to rebuild and reinvent the social contract with the American people. They need to show people what it means to govern for the best interests of everyone. They need to build respect and trust with people across the whole spectrum of society regardless of the political party.

This will require a bold, visionary, positive agenda that puts the needs of people first.

Democrats don’t have the power to enact this agenda but they do have “agenda-setting power.”

Biden can LEAD even if Republicans, and half the population, refuse to follow. Biden can do this with issues that a majority of the public support. For years polls have shown the public is more liberal on specific policy issues than the close partisan elections would indicate. These issues provide a place to start building a new paradigm.

Here are several to illustrate my point.

• Dealing with the pandemic is critical. Unfortunately the pandemic is out of control. The mess has been made and we all have to live with the consequences. But one needed action is possible – stopping the drug giants from making a fortune off any vaccine. Do this and Biden will be a hero.

• The majority of people recognize that the cost of health care, drugs and health insurance is exorbitant and unnecessary. Depending on the source, 60-70 percent support some form of universal, government sponsored national insurance program.

• Fixing the broken electoral process is another. The Republicans have railed about election fraud. So it is time to call their bluff. Biden needs to lead with strong comprehensive reform proposals. Overturning the Citizens’ United Supreme Court decision, ending the Electoral College, serious campaign finance limits, and ending gerrymandering are all supported by most Americans.

• The Green New Deal is popular and could be a tool for reinvigorating rural areas and dying small towns.

A national program to bring broadband internet to these areas could be the New Deal rural electrification program of our time.

Republican opposition will make all this difficult if not unsuccessful. But the act of leading, setting an agenda, and advocating for a better vision is essential. Even if you don’t win in the short term you build respect and trust. This will bring hope to the faithful and demonstrate the moral bankruptcy of the opposition.

Where there is no hope and no vision the people perish. Biden must LEAD or the future of all of us is in peril.