Can it be fixed in a blender? 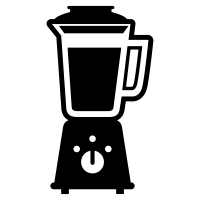 Whatever was at the top of the hole is there no more. Whatever land features, flora, or fauna are gone with the waste rock overburden. The pit doesn’t have a top, only sides and bottom.

Use of pits and mines as an organizational device began serendipitously. But I have to say for me it has grown to a useful device.

We could say that personkind (yay Trudeau) is known in part for its hole digging. As a species (I wonder is that too specific or not specific enough) we are diggers.

Though some imagine a history with a perfect beginning there’s evidence that most peoples started out hunter-gathering. I’d suppose even they did some digging for burials or safe keeping but digging by hupeople (a Trudeauism) was much speeded when demonic individuals began violating the ways of Great Nature by deliberate cultivation and violated the sacred Earth Mother (I wonder would Trudea prefer Earth Parent) by planting crops.

This radicalism was no doubt unwelcome by many who feared, and rightly so, it might spread to the domestication of wild critters into tame.

As pack beings (remind you of anyone) dogs were probably easily swayed to team with us. But not as equals, were they?

Canis domesticatus had to be kept in its place, didn’t it? In that we were firm but generous, as is the ancient tradition people’s kindness toward others.

Sheeps, bovines and others fell into line fairly easily I assume, much more, say, than the giraffe or the grizzly. Give them freedom or give them death.

We agreed to both their demands and do so to this day, so far. I wonder if the real domestication problem was us. With many languages and differing beliefs we are as unmanageable as a herd of Wildebeest. Is that good or bad? Can it be fixed in a blender? Can it be accomplished like a divided tray with elements not getting too close?

I suspect you can look around and see how people actually go about reacting and working together compared to how some think things should be done.

Small bodies politic have a difficult enough time of it. Multi-layer cultures have that much more pit to consider. We can and have dug some monster big societal holes. What then? About the only sure thing I can offer is filling a void can’t begin at the top.

For those suffering along trying to followed my tortured notions I apologize now for a grand inability to not make things easier-simpler.

In the past I’ve pointed to Western versus Eastern societal approaches leaning “reason” on one side and “group” on the other. Trust me, the working difference between the two is razor fine as the recent national election. The reason I can note the divide at all is based on a few hundred years of Western tradition on one side and the American state as one development of that tradition.

In actuality the odds of Western rationality being used are slim. Convenience store ease and popularity favor the group-tribe-partisan approach. Making the tangle snarl producing as a free spinning winch both approaches use or claim of reason, logic, and fact on their side.

Since the time when semantics, logic, oratory, and grammatical order fell from scholastic favor students have been lunched on predigested meals of tender feelings and All-Love.

Lacking training in or even awareness of logic’s response a bruised feeling turns where? An actual or perceived hurt turns swiftly into a harpy attack on the cause.

Why bother to understand if you can do damage instead? Seen any examples of that during your life? You’ve likely done some. I know I have.

The education that motivates me most was gained self-taught. Like many if not most of you I put in long treks down pointless trails before going “Nope, it’s not here.”

As a practical thing, knowing something doesn’t pan out is more useful in an empty belief that it might. A painfully gained conclusion is actually a lot better than a useless conjecture.

Since I’m going to continue with the pit analogy this is a good time to ask what we good people will choose to put into the emptiness of the social pits around us. (Trying not to pre judge is part of the challenge.)

In an attempt to simplify the borders between reasoning and group think let me suggest that asking questions and withholding conclusions is key to reaching a reasoned democratic approach. What are the reasons for putting this before that and are they as valid as we think?

As exceptions pile up reason is overpowered and group or tribal affiliation has sway. A simple way to spot that (and also see its result) is when perceived hurts spawn a spate of accusations and punitive actions.

Accusation and punishment are powerful tactics, but not of democratic governance where the conflicting or competing sides need balanced treatment.

When groups tell us in advance what is good and bad inquiry and understanding will be pushed aside to favor a partisan judgment. It may look as if I’m warning of a danger in group/tribe affiliation versus siding with reason. I’m not signaling out one approach as dangerous because misuse of either is the demon to avoid. Groups we’re personally associated with are hugely important to our humanity in a way similar to a person’s first language forming a matrix influential to thought patterns as are MS and Apple systems. Group, tribe, ethnicity, language, and belief, etc. are intensely human characteristics. I cherish my associations. But I also honor common humanity.

Surrounded by Iron Range pits I know this. Filling them with angry fire produces only slag.