You are getting very Trumpy ... 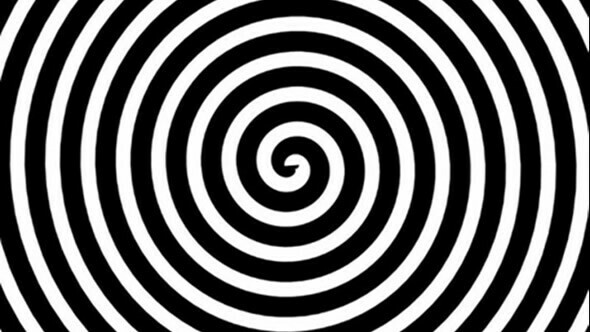 Oh boy, there’s been a show of support for Donald V. Rumpt across the country as schmoozed voters repeat his every falsehood about a rigged and fraudulent election. One lady who sounded like she was hypnotized was interviewed on the radio and said she was so supportive because Rumpt was of good moral character and that he was leading the country in the right direction.

“And he won,” she said. “The election was stolen.”

I knew she would be chanting “Make America Great Again!” and waving a flag with all the other hypnotized people and really believing in the slogans and lies offered by The Man Who Would Be King if we let him.

The hypnotized lady was a true believer, the kind that despots and flim-flam men need in order to make it look like everything is working just fine.

Despots and flim-flam men always have plenty of good slogans to go around. The problem is that most of the time the slogans end up in a place that becomes mean-spirited, meant to strike fear into the hearts of the hypnotized so they remain loyal, in this case, to a man whose calamity of character has been exposed so often.

Those are the truths I hold self-evident about this faux billionaire because they are so evident.

The hypnotized didn’t believe that the Mueller Report did provide 10 instances of obstruction of justice as Rumpt sought to end the investigations. Mr. Clueless Leader likely thought he could dismiss the whole mess just like he’d dismissed so many other messes in his life and lie about it too. Mueller did say that if anyone other than a sitting president pulled off such shenanigans they would be indicted for multiple felony charges. Bingo-bango.

The loyal hypnotized people have been pulled into the void by the Flim-Flam Man and his truth is their truth and you won’t change their mind even if God shows up in a gold Cadillac and shouts into a bullhorn, “This man is a liar and a cheat and I’m not sure how many examples you need before you believe me!”

The hypnotized didn’t believe the many relevant facts brought up during the impeachment.

The hypnotized don’t believe that he’s been a con man not a businessman and owes hundreds of millions of dollars and is being investigated for tax fraud, bank fraud and a suspicious $72.9 million refund from the taxpayers back in 2010 when he claimed losses of over $900 million.

Nope, to the hypnotized he’s a great businessman, a stable genius.

Forget that he lied about the seriousness of a pandemic and ignored public health because he was worried it would harm his re-election bid. It’s a hoax so make a mask another obscene political statement for the hypnotized faithful!

It appears that people will believe a lie told enough times over the dull, boring truth. The Lying-Slogans can manipulate just about anyone into false belief as long as they hear those lies and slogans enough times, over and over, repetitive, populist, god-fearing, fearful.

At some point it appears that people just stop thinking for themselves because the slogan has done that for them and they believe the slogan more than the facts.

Once people believe the slogan it appears as those who create the slogan can move the rules to fit their needs and no one is worse for the wear. The slogan lives, life is going backwards not forwards, and the people are for that because they seem to have stopped thinking and have trusted the slogan.

Rumpt and his kind are the slogan, they exist outside of the truth.

Rumpt supporters I ask, can you think outside the slogan?

The hypnotized lady has taken it upon herself to stand up for a bum. All I can do is ask a simple question: Is Rumpt the kind of person you’d like your son to grow up to be? I know the hypnotized lady would smile and gush about how fine a man Rumpt is and that he’s so smart because he says so.

Please explain why you’d be proud of your son cheating on his wives and cheating on his taxes and lying to the American public on a daily basis. I know my mom would have washed my mouth out with soap if I’d boasted I could grab women down there and get away with it and make up lies with such reckless abandon.

Hypnotized lady, please explain to me why it would be okie-dokie that your son grows up to be a liar and a cheat?

Weeks after the election more than 50 percent of Republicans are said to believe the vote was rigged even though secretaries of state across the nation – Republican and Democrat – have said there was no fraud, that the vote was secure and went off without a hitch given the rhetoric.

The hypnotized live on and will be present long after Mr. Liar and Cheat gets booted from office.

Hypnosis does eventually wear off and just for good measure while you’re staying calm and stating the facts to a hypnotized voter snap your fingers. I’ve heard that it might work to bring a person out of the fog.

Stay calm and state the facts. Snap your fingers for good measure.