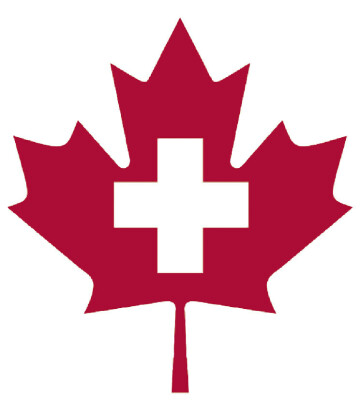 Many reputable national and exit polls after the 2020 election indicated that a majority of Americans have these issues in mind for the next congress and administration – and that other extreme political party, the Supreme Court made up of a majority who want to live in Savonarola’s 15th Century.

1. About 60% of all respondents support a Medicare-for-All health program where all Americans would get their insurance from a single government plan.
2. Sixty-six percent of all voters think climate change is a serious problem and 52% consider it a severe threat and must be the most immediate priority.
3. A study by the Guardian newspaper indicated eight out of 10 Democrats and four out of 10 Republicans supported The Green New Deal.
4. Exit polls showed that 57% of voters support the Black Lives Matter position, 71% said it was one of the most important issues, and 53% believe minorities are treated unfairly by the criminal legal system.
5. Every single Democrat who supported Medicare-for-All was re-elected, and 26 out of 30 candidates endorsed by the Democratic Socialists of America won election.
6. “Corporate” Democrats who supported Biden must be challenged on these vital issues: climate, health care, income inequality, militarism, the prison-industrial complex, private and public unions, and corporate power.
7. Seventy percent of voters supported increasing government spending on green and renewable energy.
8. Sixty-one percent of Americans believe climate change poses a severe risk to people living in the U,S. One in seven Americans have been exposed to unhealthy air this year as a result of wildfires in western states.

These issues must be resolved quickly

1. If U.S. workers were getting the median income of workers in 1975, the 2020 median income would be $92,000 instead of the actual $50,000. This is why we have the worst income inequality in the world. The minimum wage would be $22 an hour
2. Fifty-two percent of Americans ages 18 to 29 live with their parents today, the highest since the information has been recorded.
3. Half of Americans believe if we continue our present tax system, that we will soon have trillionaires instead of billionaires.
4. The top One Percent owes 70% of the unpaid taxes in the U.S.
5. The richest One Percent in the world emit more carbon than the poorest 50% of all humanity.
6. The number of homes for sale dropped 35% from 2019.
7. Tiffany & Co. is offering “ordinary” every-day objects turned into luxurious bone china to those that have everything. A set of two paper cups turned into china sells for $125, but they can’t be used in the microwave! A little bone china box for keepsakes sells for $175. A sterling silver pool-cue chalk holder with blue Tiffany chalk for the rec room sells for $200. Want a Tiffany solid sterling silver golf tee for $200? How about Tiffany-designed sterling silver straws for use at the dining table for $275 each?8. Health insurance company profits have sky-rocketed since ObamaCare passed in 2010. We spend almost twice what other industrialized countries spend, yet we have worse outcomes. The billing system defies description, rationality, and commonsense. How can hospitals charge 16 times as much as other hospitals for the same procedure? It’s easy under our “system.” Drug companies should be known as Far-More rather than PHARMA.

Here are just a few of the thousands of reasons revealed every day in our present “system.”

1. Childbirth costs an average $30,000 in the U.S. Western Europe? $4,000.
2. We are 5% of the world’s population but spend $1 trillion on drugs a year, one-half of what the world spends. It’s often because of high prices, not usage.
3. Our rates of maternal and infant death are much higher than in other industrialized countries because the poor, minorities and children are uninsured and often don’t even receive emergency care.
4. Great Britain spends $3,300 per capita per year while covering everybody and we spend $10,700 per capita covering only about 80% of our population. The Commonwealth Fund is considered to be the best evaluator of health care in the world. In the ranking of 10 industrial nations, it ranks the National Health Service of the United Kingdom the best in the world and the United States “system” the worst. The study ranks access, equity, coverage, efficiency, financing and delivery. Australia and the Netherlands are ranked second and third. We are in last place because we spend $500 billion in just billing and insurance-related costs. The average U.S. doctor spends four times what a Canadian doctor charges for billing alone.
5. We use our jails to house young people with serious mental health illnesses that are treatable. The sheriff of Cook County, Ill., estimates that half of his 12,000 inmates in the Cook County jail system need treatment he cannot provide.
6. We have thousands of young adults who cannot afford insulin because our “For-More” drug companies charge 10 times for insulin what other countries do.
7. 530,000 Americans went bankrupt last year because of extreme medical bills.
8. Imagine this: even a poll by Fox News indicated 72% of all U.S. voters prefer a “government-run” health care plan.
9. In 2020, health care CEOs are paying themselves $2.4 billion in salaries while presenting COVID-19 patients with $400,000 to $1.1 million bills – with $2,000 bills for coronavirus tests! Hollywood wouldn’t dare put these figures in a movie script.
10. If you want to know the history of the attempt to bring universal care to the American people, read Barack Obama’s article in the November 2, 2020 issue of the New Yorker titled “The Health of a Nation.” It is a concise summary of the attempt started by Theodore Roosevelt in 1912, Harry Truman in 1948, Dwight Eisenhower in 1955, Jack Kennedy in 1961, Bill Clinton in 1994, and Obama’s attempt in 2010.
11. A recent Gallup Poll revealed that 34 million Americans in the last five years knew someone who died of lack of medical treatment because they couldn’t afford it.

In the last 50 years Corky and I and some of our kids have traveled the length and bread th of Canada from Pacific to Atlantic, from Ontario to Unavut, from the Northwest Territories to Prince Edward Island, from British Columbia to French Quebec, From Alberta to Nova Scotia. We have met thousands of users of the Canadian health care system in gas stations, campgrounds, grocery stores, hardware stores, garages, police stations, and state and national parks. We have never met a worker who complained about his or her treatment. Yes, some have had to wait to get elective surgery done, but their emergencies have always been taken care of.

This fact will shock Trumplicans. In 2004 the Canadian Broadcasting Corporation sponsored a contest called The Greatest Canadian. The show proved to be a big hit, drawing 140,000 nominations eventually reduced to 10.

Douglas was a socialist politician who brought a single-payer universal care health system to Saskatchewan more than 60 years ago. It was finally adopted by all of Canada in 1984.

The informal name of the system is “Medicare.” (An American doctor Fred Mott, was recruited by Douglas to put his universal-care proposal together!)

A recent national poll indicated that 94% of Canadians consider the health system an important source of collective pride.

A few particulars about universal care in our northern neighbor

One sentence in the 1984 law guarantees that “every Canadian, no matter their health status, their province or territory of residence, or their income level, can visit a doctor or a hospital without having to pay a thing for most treatments and procedures.”

The meaning and language have remained basically the same over the years. The amazing thing is the total text of the complete law is only 18 pages long – and contains both English and French translations!
When Obama’s 2010 Affordable Care Act was passed it took more than 900 pages to cover all aspects and intricacies of our law. Many pages have been added since, and we still do not cover about 30 million Americans.

Canadians believe the brevity of their law represents absolute genius and eliminates a lot of arguments that lawyers can come up with. Every Canadian citizen automatically receives a health card at birth which is used throughout life. (Incidentally, Canadian citizens live four years longer than American citizens. Maybe some day we should determine why.)

Simplicity is the soul of the act. All medical treatment is patient-minded. Health care that is determined to be necessary and that takes place in a hospital, clinic or doctor’s office is provided free of charge, with no co-pays, user fees or surprise billings. Hospitals do charge a small fee if you want a phone in your room.

When we were traveling in Canada we had to have medical treatment on occasion for scrapes, bruises, flu and other ailments. We were either not charged or paid a fee no more than $25 for various advice and treatments. And we were always welcomed by very pleasant people.

Of course, caring for everybody costs money and Canadians complain about taxes, too. But in 2016, when provinces were running out of money for their “Medicare,” 60% of Canadians asked their government to raise taxes to cover the costs.

The major problem with the Canadian system is that it does not pay for drugs, vision care, dental care, nursing home stays or “care” not received in a hospital. Many Canadians would like to see these issues covered.

But the government strictly controls drug prices. As an example, insulin costs one-tenth of what it costs in the U.S. Supplemental insurance may be purchased to pay for these costs, but many Canadians cannot afford health insurance.

The Canadian law has a very interesting clause. There are private clinics and doctors in Canada, but they cannot offer services that the government hospitals and clinics offer. In other words, if you desire real “premium care” instead of “common, ordinary care,” you have to travel to another country to get it!

The Canadian government has done a very good job controlling COVID-19. At this writing all of Canada has lost as many virus victims as the state of Illinois. About 80% of the deaths have occurred in long-term facilities. But just like in the U.S., Canada’s indigenous residents are poorly served by the government. Suicide rates, infant mortality, and chronic diseases are much higher than the rest of the population.

But let’s remember one thing: 94% of Canadians think their “Medicare-For-All” is a very good program.

Note: American doctors are so fed up with the present non-system the 159,000-member American College of Physicians endorses Medicare-For-All because it would dramatically improve patient care and reduce costs. The 2,000-member Physicians for a National Health Program also supports it.