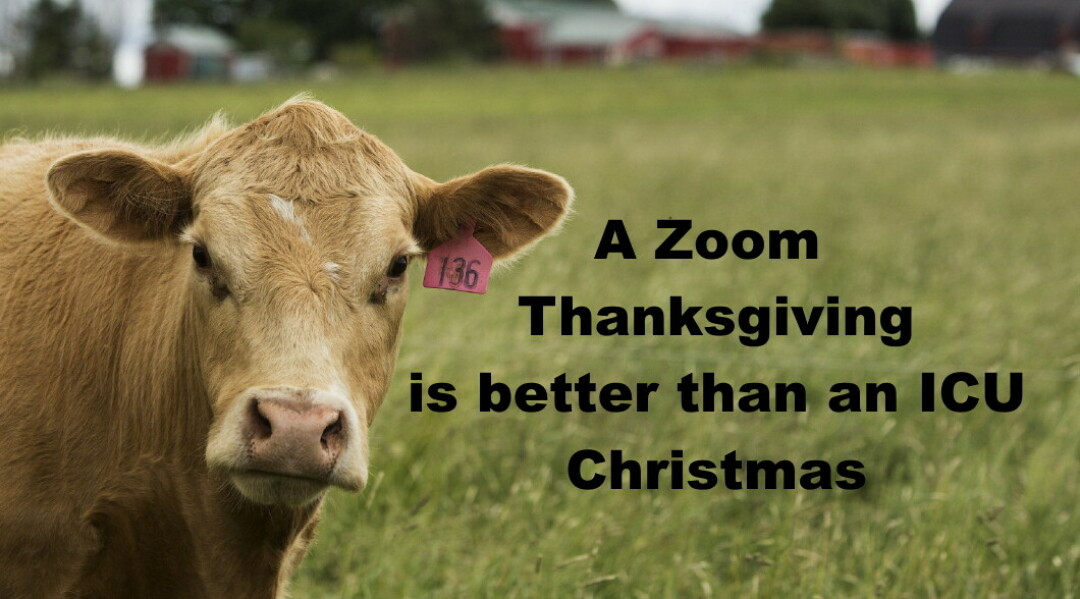 “I’m asking you to look at the data – the real data, not just something you see on Facebook – and realize that the science is real and that wearing a mask will not only protect the gains we’ve made, but also help your family members and friends stay healthy.” Phil Scott, Republican Governor of Vermont

“What the coronavirus has revealed is the power of America’s cult of selfishness. And this cult is killing us.” Paul Krugman

I worry about my grandchildren’s futures. Their world will be very different in many ways. This won’t just be because of technological changes. It will be because we are reeking havoc on their future. They will suffer the consequences of our crazy, irrational, irresponsible behavior.

The COVID pandemic is just one example. The pandemic will affect their future not because of its duration (although it is lasting longer than hoped). Rather it is another example of our unwillingness or inability to do the right thing in the face of world changing problems. We are seeing a wholesale abandoning of any rational sense of the common good. And civil society can not survive without a strong sense of community.

The pandemic is frightening not just because of the rapidly increasing number of cases and deaths. It is terrifying because of the increasing stupidity and selfishness driving many people’s response to the pandemic. The widespread refusal of many people to do even the simple things to help, like wearing masks and avoiding public gatherings, indicates a disintegration of civil society.

If we can’t come together as a people to intelligently combat this disease, how can we possible hope to confront the more difficult problems such as racism, economic inequality, climate change, pollution or endless wars?

Paul Krugman calls this a “cult of selfishness.” He says the conservative belief in the unrestricted pursuit of individual freedom, self-interest, or business profits leads to people becoming emotionally “enraged” by any restrictions on their behavior. Even insignificant or beneficial government regulations are seen as affronts to individual liberty which overrides any consideration of other people’s welfare. He says, “What they call ‘freedom’ is actually absence of responsibility. Rational policy in a pandemic, however, is all about taking responsibility. The main reason you shouldn’t go to a bar and should wear a mask isn’t self-protection, although that’s part of it; the point is that congregating in noisy, crowded spaces or exhaling droplets into shared air puts others at risk. And that’s the kind of thing America’s right just hates, hates to hear.” (“The cult of selfishness is killing America,” New York Times, July 28, 2020)

So essential public health requirements are anathema for ideological reasons. The evidence of this attitude is everywhere.

Reaching all the people who had contact with an infected person within 24 hours is critical and can dramatically reduce the spread of the disease. States are reporting that about half of people contacted refused to provide the necessary information to protect other people!

Even some churches are refusing to accept public health restrictions. What kind of religious leader would sue the government to stop efforts to protect their congregation from disease?

But this happened in a case brought by a Catholic diocese and a Jewish synagogue against the state of New York. The supposed representatives of God’s love argued their constitutional right to freedom of religion prohibited the government from restricting in-person religious services. This week the U.S. Supreme Court agreed with the churches.

Then there are the angry, armed men protesting the “tyranny” of mask mandates and stay-at-home orders. Their minor inconveniences are more important than people’s lives. But they are tolerated and encouraged by conservative politicians. Protesters with serious complaints about police brutality, voter suppression, or endless war are tear gassed and arrested.

The Republican opposition to, and obstruction of, sensible public health measures is another example of this selfish mindset. Their promoting of false information and dividing people over appropriate pandemic responses is encouraging individual bad behavior. This is helping spread the disease. The action of most Republicans leaders during this pandemic has been irresponsible and reprehensible. Given the number of deaths this should be seen as criminal negligence.

Republican Governor Phil Scott of Vermont is an exception. His leadership shows us what could have happened with sensible leadership. NPR did a comparison of the results of his pandemic leadership and that of Republican Governor Kristi Noem of South Dakota. Both states have small, mostly rural populations. Both started the pandemic with slow growth in cases. But there has been a stark difference in the growth rate since then.

According to NPR, Governor Noem is one of the most vocal skeptics of the pandemic. She didn’t believe masks were important or that business shut downs were needed.

In July she hosted Trump’s political rally at Mount Rushmore with 7,000 in attendance. In August she allowed 100,000 people to attend the annual Sturgis motorcycle rally.

Now South Dakota has one of the highest infection rates in the country with 8,000 cases per 100,000. Hospitalizations have quadrupled in the last two months. South Dakota has 10 times the number of deaths as Vermont.

In Vermont, Governor Scott ordered statewide shutdowns and mask mandates. Scott’s pandemic control measures were guided by the data, science, and the recommendations of health experts.

Opening up after the initial shut down was slow and measured. Vermont has recorded a total of 3,310 confirmed corona virus infections since the pandemic began (500 per 100.000) and is the lowest in the nation.

Once again we know what needs to be done but we don’t have the will to make it happen.

People are whining about “pandemic fatigue” and rushing to get back to “normal.” But the disease rages on. Half the population seems to be out of touch with reality.

I am also getting the pandemic blues. It is increasingly hard to be optimistic about the future.