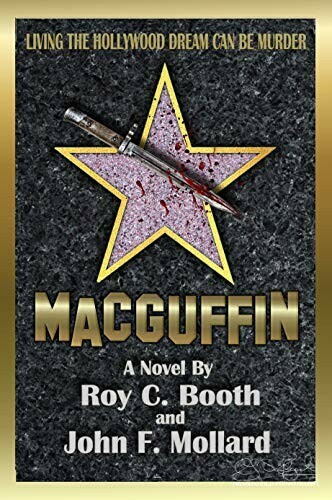 Here’s a novel about Hollywood written by two northern Minnesotan writers, Booth from Bemidji and Mollard from Virginia. They met at Bemidji State University in the 1990s and since have collaborated on numerous film and literary projects. Booth, who runs a comic book story in Bemidji, has over 1,000 publication credits, including 57 plays, according to his Amazon page. This novel is one of their projects they have kicked around, buried, unearthed and reworked over the decades, first as a screenplay and then as a novel, finally seeing publication through a micro-publisher.

“MacGuffin,” a term popularized by Alfred Hitchcock, is basically an excuse to tell a story, something that sets the events into motion but otherwise is not that important. Think of the suitcases in any number of movies (“Psycho”, “Kiss Me Deadly” or “Pulp Fiction”), the droids in “Star Wars” or the Holy Grail in “Monty Python and the Holy Grail.”

In this book, MacGuffin is the name of one of the characters, a wannabe actor. An arrogant A-list star, Christian Rivers, is kidnapped. (Most of the character’s names are showbiz references, likely in this case Christian Bale and River Phoenix.) Seeing an opportunity, MacGuffin convinces a special effects/make-up artist friend, Max Winston (read Stan Winston) to make him look like the missing star so he can step into his role in an unfinished movie. This irritates the kidnapper, who happens to be a serial murderer known as the Hollywood Walk of Fame Killer.

The authors describe it as a “noir” novel, though noir refers to dark crime fiction that usually has a hard-edged realism. Here any semblance of reality went out the window many drafts ago. (In this world, make-up and prosthetic masks are advanced to a “Mission Impossible” level and no one asks why the wearer’s skin looks like latex.) It’s also a horror novel, with heaping helpings of gross-outs, but too far-fetched to be very horrifying. It’s a “meta” noir/horror novel, a self-referential comment on the genres.

The villain is an organ-playing Phantom of the Opera type and an unstoppable killer with ninja-level skills, though he’s a senior citizen covered with burn scars. He maintains an elaborate house of horrors in a huge abandoned hotel, aided by three deformed, none-too-bright henchmen and a ditzy Bad Girl Friday. This team manages to pull off scientific and engineering feats as epic as anything accomplished by Batman. 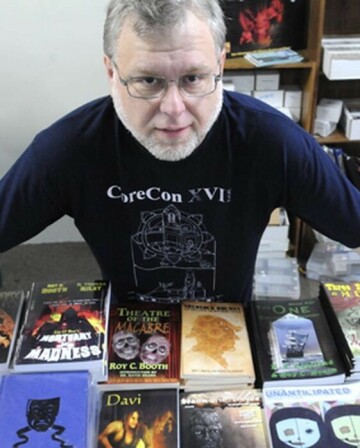 The story is also a police procedural and plays out like an episode of “CSI.” (If the producers of that show ever do “CSI: Hollywood,” Booth and Mollard might have a built-in case for a lawsuit claiming they did it first.) As in “CSI,” the cops are swaggering and glamorous. The lead, “Nuke” Bonaduce (you know, “The Partridge Family”) is a Steve-McQueen-like detective who also runs a custom car and motorcycle shop. His partner on the case is a tough-as-nails hottie named Haley. (After Haley Mills? But what are we to make of her last name, “Murch”?) It’s only a matter of time, or pages, before they get their obligatory sex scene.

Most of the characters are clichés, purposely so since this is a meta novel, but unfortunately that doesn’t help make them compelling or likeable. MacGuffin draws our sympathy at first because he’s poor, chasing a dream, and has a dog. Then he blows it when he jeopardizes the kidnapped star’s life and the police investigation with his ruse.

The cops are only briefly angry when they figure him out, so they recruit him, an untrained civilian, into the middle of the action. (“You know how to use a gun, right?” Murch says as she hands him a Beretta.) If make-up is so effective, why didn’t they just do a similar job on one of the officers? And why do they head into dangerous situations in small numbers when they could call in a SWAT team? But why apply logic to this novel anymore than you would any Hollywood movie?

There’s an amusing twist when it turns out that MacGuffin is not the actual MacGuffin, and this is explained over two paragraphs by Nuke in the middle of a gunfight. The plot itself is a MacGuffin, an excuse to string together movie references, in-jokes, anecdotes and a travelogue about Hollywood. It’s not clear if the authors spent a lot of time in Tinseltown or did their research on the internet, but they pile on the details, sometimes grounding the pace to a halt. 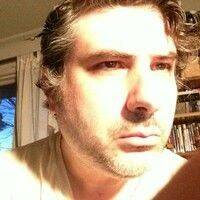 Also unfortunate is that none of this amounts to any insight, really just a checklist for movie geeks. Look, there’s a reference to “Scream” and another to Troma Studios, here called Trauma Studios. There’s also “The Birds”, “London After Midnight,” the Manson Family, the silent film “Sunrise,” “Rebel Without a Cause,” and so on. If this is a “meta” novel it could have been called Meta Without a Point. I wanted MacGuffin to quit trying to break into the movies and instead break the fourth wall, crying out to us readers, “Get me outta this cheesy story! I want to be a real boy!”

By now you might have the impression I hated hated hated this book. (Quick, what movie reference is that? Yes! Roger Ebert!) In fact I kind of did, until I realized I wanted to keep reading anyway to find out what happens next. So I accepted it on its own terms and it became an effective page-turner. Whatever its shortcomings, the authors know how to build suspense and pull off action scenes. More than once these scenes occur simultaneously at two different locations and I enjoyed the narrative cutting back and forth.

The climax was so engagingly nutty that I didn’t even mind when zombies showed up. So if you’re a movie trivia freak and like “CSI” and horror flicks, and don’t mind your horror served with a wink, you’ll dig this book.

But why are these two Northern Minnesotans writing about an overexposed place like Hollywood? Wouldn’t the Iron Range make an equally alluring setting, with its bleakly beautiful minescapes, imposing sandstone buildings, churning windmills and stormy, sordid history? Perhaps, deep in their piles of unpublished or unproduced projects, they already have some stories set here. I’d like to see those unearthed.

The book is available on Amazon.