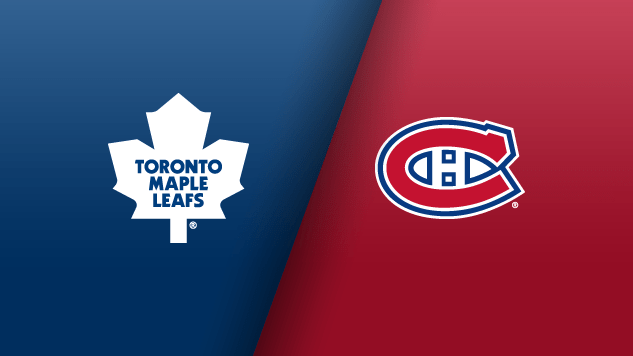 SAWBILL TRAIL – The NHL and the NHLPA have been working feverishly toward a New Years’ day regular season kickoff.

At this point, the parameters of making this happen are well known. Since the league operates on both sides of the border, strict attention will have to be given to the logistics regarding that.

Border crossing is currently shutdown. If you can get into Canada, there is a quarantine to be observed before engaging in any work or play. Due to the restrictions in place, an “All-Canadian” division is under consideration. That has fans on both sides of the border discussing the possibilities.

Canadian fans are fired up at the notion of this becoming reality. And I must say that to this fan south of the border; it is intriguing.

It would involve seven clubs with at least two very longtime hardcore rivalries. The Canadiens and Maple Leafs are one of those rivalries, along with Calgary versus Edmonton. These teams have intense games the way it stands now.

And to roll with the whole spirit of the situation, I’d call it the “All-Canada” division. Just do it.
There are other matters to work out, and the Canadian teams won’t be the only ones impacted by any temporary divisional realignment.

I have heard that the Minnesota Wild would be placed under the Pacific Division banner for the next season and would revert once “pandemic rules” were over.

Of course, I’m not too fond of the prospect of that from a scheduling standpoint. Most divisional road games would be played later in the evening. Since I’m retired, it hardly matters to me, but many fans might not be able to watch all of the later games.

It also appears that this would be done to accommodate a temporary move back into the Central by Detroit. This maneuver irks me to no end. After listening to them complain about being in the Central for years, they will get to move back while we attempt to ride out the pandemic.

I heard that if they were going to make a short-term move, they wished to be placed with old rivals CHI and STL. I guess Original Six teams have more clout and influence than newer expansion clubs do.
Stickier issues are being discussed, as well.

One of those would be in the number of games to be played. A sidebar to that matter is whether the owners could prorate the salaries to the actual number of games played.

Would this be a matter of significant contention?

It was in MLB. In hockey, though, I believe both sides understand the changing dynamics of economic life in hockey without fans in the stands and so forth. It’s a different economy at this point.

When it comes to the games them-selves, the debate centers around clubs playing at their arenas or going back to the successful “hub” models from the recent Stanley Cup tourney. One model involves a hub setup for each division.

The teams would play for a two-week timeframe, take a week off at home, and then go back to the bubble to resume play.

If one could take away any positives thus far, both sides understand what each other is up against and are working in a spirit of cooperation to make the situation flow as well as possible.

I am glad to know that we will have NHL hockey back soon. And that it will be conducted in as safe a manner as is possible. I cant wait!
***
College hockey is back with the Big Ten season openers commencing tonight. The Minnesota Golden Gophers will meet Penn State in Minneapolis and begin their 100th season in the program’s history.
The NCHC will begin competition on Dec. 1, and the UMD Bulldogs will open up for the season on the 2nd against the University of Denver.

Due to ongoing pandemic concerns, this will likely be the strangest season in collegiate hockey history, but I say, at least we will have it. I’m hoping for the best and that everyone involved will be as safe as possible under some extenuating circumstances. Good luck to all involved!

It is American Thanksgiving week here, and perhaps this year, like no other in the recent past, we should all take the time to consider all that we have to be thankful for.

My list is quite a lengthy one when I give it some thought. I’m not unlike anyone else in that I have had my share of bumps on the road of life. But then, I consider the essential things such as family, friends, and some of the truly remarkable things that I have got to do, as well as places I’ve been to, and I have been very fortunate. It reminds me to have gratitude. It reminds me to do what I can for those who haven’t been as fortunate as me.

But for me, I have been to the mountaintop, literally and figuratively, and based on some health challenges I’ve had to go through – I’ve been to the depths of hell.

Not everyone gets to go there and come back.

So, I know that and have vowed to not ever forget it. I’ve seen how the upper crust lives, and sadly, I’ve seen how humans, locked in the misery of destitute poverty, try to make it through their daily existence.

I have witnessed the mockery of people who dared to speak out about the inequality and injustices of the world around us.

I’ve seen the ridicule of those who dared to try to pull the less fortunate amongst us up a level or two in this game of life.

I’m left to wonder where those attitudes come from, especially when considering that one could go from prince to pauper in short order in these precarious times. Cockiness and irreverence seem so unbecoming at this point.

At the end of this life, I think what we’ll remember the most are all of those small things that touched us in one way or another.

Living a materialistic life cannot provide some of the good vibes and karma that so many other things in this world can. Holding my new granddaughter a month ago was a breathtaking event.

Having conversations with her slightly older sister is another of those.

I have many family members who are quite unique. My kids and the rest of my grandkids are a gift from the skies. An exceptional friend in St. Paul and her daughter leave me speechless when I wonder how I got so lucky to have them in my life.

Then, those small touches, does anything hit the senses more than the aroma of an early morning coffee shop?

How to describe the joy of a grandkid with a sterling report card?

Is anything sweeter than a young puppy?

A favorite sports team winning it all?

I could keep adding to this list, and I don’t think I’d be done for a long, long time! Happy Thanksgiving to all! PEACE