Stay calm and state the facts 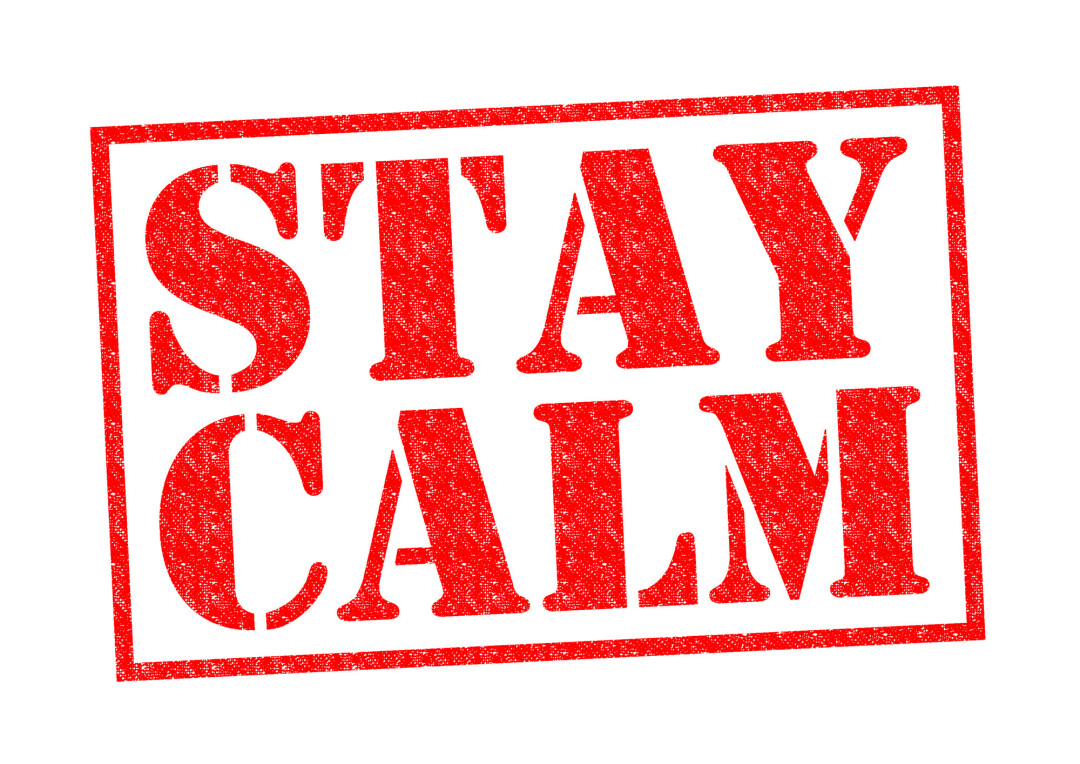 The election is over but we all knew that was just the beginning of the next Donald V. (for vindictive) Rumpt and Cronies Shenanigan Show.

Yes, this real reality show is playing across the land with all the customary talk of rigged elections to stir up the cult-like followers of the best American autocrat ever.
Yes, he’s a champ at being the fake king, dictator, ruler, despot, tyrant, oppressor and a guy that cheats on his wives, his taxes and golf.

The show is far from over and will likely end only when he ends up in prison for all his chicanery over the past decades as a faux billionaire and con man.

I don’t believe he can tweet from prison unless he’s going to sing like a canary and blame everyone but himself for all the trouble he’s caused. He’ll go to his grave claiming he didn’t do anything wrong, that he was framed.

He’s been holed up in the White House except for a sneak out the back door to his golf course in New Jersey where he could wave to his adoring fans from the window of the presidential limousine. Then it was back to the Oval Office to tweet more lies and to putt a golf ball across the carpet and into the “Make America A Laughing Stock” cup.

Sorry folks, but that’s what the Nazis said on their way to power in 1933, that’s what Nixon said during a tumultuous 1968. Craft the narrative about saving the country from radicals while ruining the democracy.

I just read that Rumpt and his minions have rolled back nearly 100 Obama-era environmental protections as the planet warms. Given the fact that policy makers and takers in the Republican party deny that greenhouse gas emissions are causing the climate crisis, it’s no wonder that the issue isn’t on any party platform or in any talking point other than denial.

Yes, the stick-in-the-muds and head-in-the-sands New Conservative Neanderthal Party (NCNP), formerly the Republicans, want people to think that nothing is wrong, that man has no power to alter God’s wishes and orders, that we’re just living here like everybody else so don’t worry about a thing. Climate change is a hoax. Just ask any angry white guy who’s lapped up the angry Kool-aid rhetoric from right wing talk radio during the past 30 years or more.

Listen to what former Michigan state representative Gary Glenn had to say in a recent column in the Duluth News Tribune about climate change, blabbing that lefties were “…chasing the monumental conceit of believing human activity is capable of changing the Earth’s climate.”
Yes, we’re just little bugs in this big, wide world, bugs with cars and power plants and an insatiable demand for more stuff, burning fossil fuels like there’s no tomorrow. Yes, denial comes in all forms. But wait, this fellow Gary Glenn isn’t just debunking a scientific fact, he’s pinning the whole hoax on the left.

Get a load of the following.

He said just think if Al Gore or Hillary Clinton had been elected. “We’d all likely be giving more of our family budgets to the federal government via increased taxes. The federal government no doubt would have added billions or trillions more to our national debt with unfunded liabilities; by funding every left-wing, big government program imaginable; by paying reparations to every aggrieved population in American history… and we’d likely be on a path of no return toward, to borrow President Barack Obama’s words, ‘fundamentally transforming’ the U.S. into the United Socialist States of America … as our streets fill with riots over never-satisfiable demands for more and more taxpayer-funded handouts.”

Did you hear all that was loaded in those words? That’s Rush Limbaugh and Sean Hannity and every other right wing toxic talk radio program. Just listen. Angry, angry, angry. Lies, lies, lies. How do you have a discussion with people like that?

Folks, the election is over. Biden will be sworn in. Now it’s our job to try to let people know that things will be OK, that the Marxists and communists aren’t ready to swarm Washington D.C.

We’ve got to keep our cool and be able to communicate with some of those folks who’ve lapped up the Kool-aid. We all know some of these people.

Bob Trump, my dear friend of 63 years was one of the few people at deer camp this year. We were able to turn Bob a little bit when we reminded him of his union pension and Social Security and when he headed home he half-admitted that maybe he was a little bit of a left wing conservative.

Can’t be angry like the other angry white men. This wacky social experiment called toxic talk radio, Fox TV, social media and local newspapers that allow angry white men to masquerade as conservative intellectuals has taken decades to get a foothold. It’ll take time to reverse that perverse momentum.