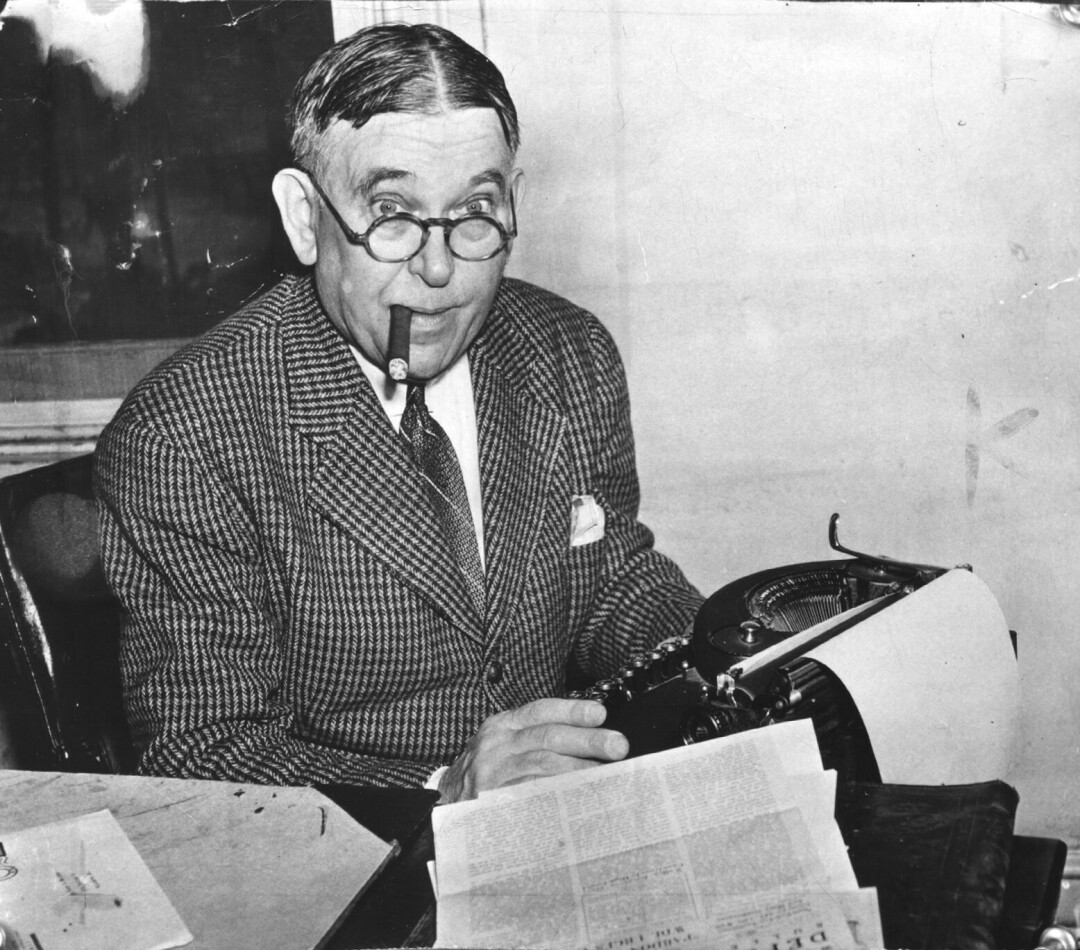 What’s happening to Americans? South Dakota emergency room nurse Jodi Doering says working in a hospital with patients ravaged by COVID-19 is “like a horror movie that never ends.”
She’s been with patients dying of the virus who proclaim with their last breath the virus is a “hoax.” She has had patients needing total oxygen assistance swear they don’t have the virus: “It must be something else!”

She is frustrated and amazed at their dying words: “This can’t be happening. It’s not real. I must have pneumonia or something else.”

They say this even after testing positive for the virus. She adds: “They’re filled with anger and hatred. They can’t believe it’s happening to them.”

South Dakota at this writing is leading the country with the ratio of positive tests. Let’s remember that South Dakota has an “Always-Trumper” Kristi Noem as governor who endorsed the Sturgis biker rally that brought the virus to bikers and friends in many states. So far she has failed to recommend or mandate masks – but she endorses the freedom To Make America Sick Again. Governor, real freedom exists when you think of someone other than yourself.

The governor has attracted Trumpers from Minnesota. Glenn and Cara Geist, formerly of Andover, have moved to Sioux Falls because they wanted more “personal freedom!”

Glenn on masks: “I won’t wear one, period. I won’t. Because they don’t work, and I’m not a sheep.” (Glenn learned all about viruses working for a collection agency!) I’m not here to make you feel better. OK? I’m here to take care of me.”

I bet their Andover neighbors celebrated their exit. Glenn emphasized his medical opinion by refusing to wear a mask when he took Cara to a Sioux Falls emergency room for a troubling heart murmur. After being refused admittance, he waited for her in their car.

Cara said: “I was scared to death because my heart was not being right.”

Glenn said: “It wasn’t like there was anything I was going to do for her in there, other than hold her hand.”

Glenn, maybe she would have appreciated that while her heart was “murmuring.” I see why you love Donald the Lyin’ King.

Evidently Minnesota Senate Majority Leader Paul Gazelka worships his Great Leader. Top Trumplican leaders told everybody in the Minnesota capitol except Democrats that some of them were virus positive. In four short years Donald the Lyin’ King has destroyed character, integrity, the common good, and USA-Minnesota Nice.

My favorite cynic, H.L Mencken, was probably right: “Every decent man is ashamed of the government he lives under.”

“There are literally two Americas. One America is beautiful … and overflowing with the milk of prosperity and the honey of opportunity. This America is the habitat of millions of people who have food and material necessities for their bodies; and culture and education for their minds; and freedom and human dignity for their spirits …

But tragically and unfortunately, there is another America. This other America has a daily ugliness about it that constantly transforms the ebullience of hope into the fatigue of despair. In this America millions of work-starved men walk the streets daily in search for jobs that do not exist. In this America millions of people find themselves living in rat-infested, vermin-filled slums. In this America people are poor by the millions. They find themselves perishing on a lonely island of poverty in the midst of a vast ocean of material prosperity.”

These descriptive words were spoken by Martin Luther King in 1967, but they could have been spoken in 1900 by Theodore Roosevelt or in 2020 by Senator Bernie Sanders.

The times “they are a’changin’,” –but not very much. Our population in 1900 was 76 million; today it’s 335 million. But I bet the ratio of poor to middle class to rich has not changed much.

Right in the middle of an unpredictable pandemic and in an economy equal to the Great Depression, we have 140 million poor or low-income Americans composed of 66 million whites, two million Indians in 600 tribes, eight million Asians, 38 million Latinos, and 24 million blacks scattered from coast-to-coast.

What are our Congressional servants of the super-rich doing about it? Nothing. While 600,000 Americans live on the filthy streets and in shelters each night, while poor blacks and whites in Alabama live with raw sewage in the backyard and black mold in their homes, while Navajos, Apaches, and Sioux live and die on reservations without running water, electricity or sanitation systems, while poor whites and minorities can only afford to live in areas that have been named national toxic dumps, the $14 billion Sackler family, which is responsible for the deaths of more than 400,000 Americans from a tsunami of Oxycontin, continues to live in freedom in dozens of mansions around the world. If you kill one person you might go to prison for life. If you kill thousands – so what? It’s time politicians of both parties determine why the rich live to be 95 and the poor die at 60.

The 2020 election proved that times are changing

Many Democrats are complaining, even if we unceremoniously dumped Donald the Lyin’ King to “Mar-a-Loco,” that they didn’t accomplish enough with almost 80 million voters. We lost several House members and so far have failed to take the Senate.

But many little victories in many states indicated the country will now at least be going in the right direction for a majority of 335 million Americans. Here are just a few of those victories:

• Oregon: 78% voted to limit corporate spending in elections. In other words, dump Citizens United in the trash. Voters also passed a tax hike on the rich to pay for universal pre-k education for all children.
• Colorado: 57% voted to allow workers to earn paid time off; Boulder voters passed a No Eviction Without Representation measure. State voters defeated an anti-abortion bill and approved family and medical leave proposals.

• California: San Francisco voters approved several tax measures,: a surtax on CEO earnings of up to 3% if they earn more than 300 times what the average worker makes, a higher tx rate for tech companies, and a higher transfer tax on property sales valued between $10 million and $25 million. These tax increases were proposed by The San Francisco League of Pissed Off Voters. The SFLPO is an official organization!

• USA: 600 members of the LBGTQ+ community ran for office at the local, state and national levels. At least 160 won.

• Ohio: voters in Hamilton County elected a lesbian as sheriff.

• South Carolina: voters in Charleston County elected a lesbian as sheriff. She was also the first woman elected to that office.

• Florida: although the state voted for Trump, it also voted to increase the minimum wage to $15 an hour.

• Mississippi: 73% voted to approve a new state flag without the Confederate battle flag.

• LBGTQ+ community: eight transgenders were elected to state legislatures in the country.

• Los Angeles: Los Angeles County passed Measure Three which sets aside 10% of the county budget to pay for social services and mental health treatment and housing in areas where racism persists.

The most livable countries combine capitalism and democratic socialism

The Scandinavian countries have topped the world in livability for all citizens since world surveys have been conducted, but we seem to be too dumb to learn from those who utter “uffta” and “speaka-da-Norsk!”

Guess which two countries have the lowest mortality rate from COVID-19 in the world: Norway and Finland. They did it by strict border controls, mask-wearing mandates, mandatory quarantines and detailed contact-tracing. All vacationing was done in their own countries by law.
Governments can work for the welfare of all citizens if capitalism can be used to fund democratic socialistic practices.

Actually, the Democratic Party’s 2020 political platform is a merger of ideas among Chairman Tom Perez, the moderates of the DNC and the Bernie Sanders wing of a diversified party. A majority of young Democrats and Republicans less than 35 now support democratic socialism above capitalism. Thirty-five percent of all Americans now believe democratic socialism is a good thing.

Democratic Socialists of America believe in private ownership of business, contrary to all those North Dakota Trumplicans who silently support a large socialist bank in Bismarck and that socialist mill and elevator complex in Grand Forks, which is now the biggest miller of grain in the United States. Why not put them on the open market and replenish state coffers – while yelling “SOCIALISM” at any attempt to provide universal health care, child care, criminal reform, voting rights, free college education, sick leave, maternity leave, and all those other benefits that “livable” countries provide?

The Democratic Socialists of America endorsed 29 candidates in federal and state races and elected 20. They endorsed 11 ballot measures across the country and eight of them won. The federal House of Representative added eight DSA members.

While millions of American families are living without paychecks during the pandemic, 647 billionaires made almost $1 trillion in profits in the last nine months. More than 44 million Americans owe $1.6 trillion in student debt garnered in the last 25 years. On Jan. 21, 2021, President Biden should pay off $1 trillion of that student debt, and propose taxes of $600 billion on billionaire money stashed in tax havens around the globe to pay off the rest. What a boon for the economy!

Born in 1932, I was lucky to have two of our best presidents as leaders.in my first 20 years. I hope I survive the worst in my last 20.