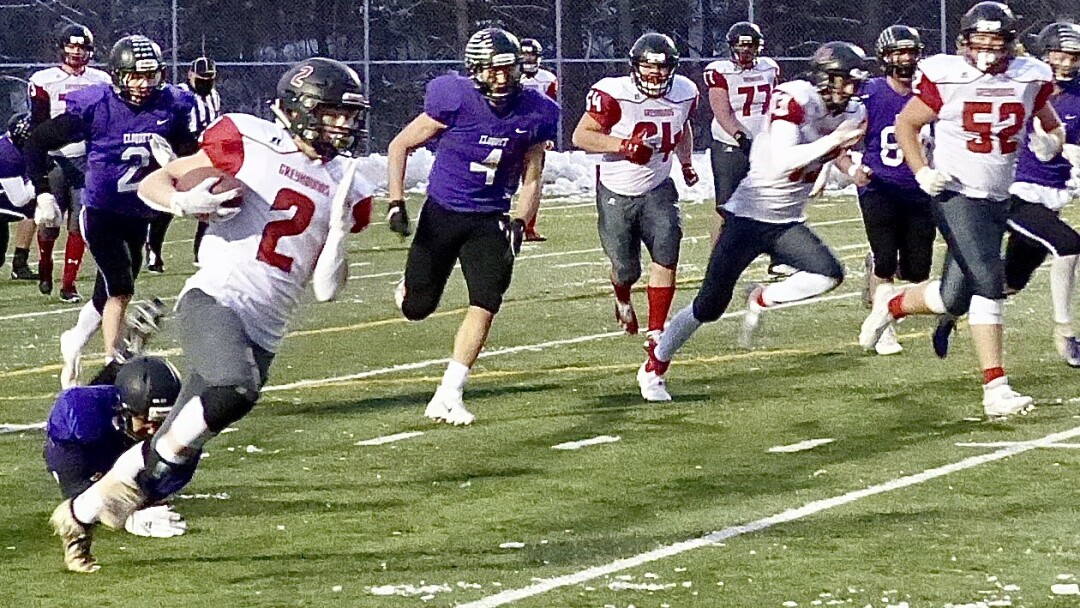 It looked like instant replays as Orvedahl ran 21 times for a whopping 275 yards, and East needed all his scoring to win.

If you can read this before Thursday night, run, don’t walk, to your big-screen television to watch Arizona play Seattle in an NFL game that will determine the best team in the West, and will also put on display the two most exciting quarterbacks in the league — Russell Wilson of the faltering Seahawks and Kyler Murray of the Arizona Cardinals.

Murray might be the league’s MVP, an honor Wilson appeared to have cinched until he started a rash of turnovers that, combined with the Seahawks leaky defense, has meant three losses in the last four games. Murray, meanwhile, pulled off the most amazing finish as the Cardinals beat Buffalo in Glendale, Arizona, with a 43-yard bomb to DeAndre Hopkins, who out jumped the three Bills who surrounded him and caught the desperation finale with 2 seconds remaining for a 32-30 Arizona victory.

That leaves both Arizona and Seattle tied with the Los Angeles Rams at 6-3. And it removed the bad taste left by most of last weekend’s array of games. In Minnesota, we’re suffering. The Vikings beat a Chicago Bears team that proved totally inept on offense right there in Soldier Field, in a Monday night game that was mostly a waste of time. The Bears stuffed Dalvin Cook, and luckily Adam Thielen — who amazingly muffed two passes that turned the ball over and kept the Bears in the contest — caught two touchdown passes from Kirk Cousins. 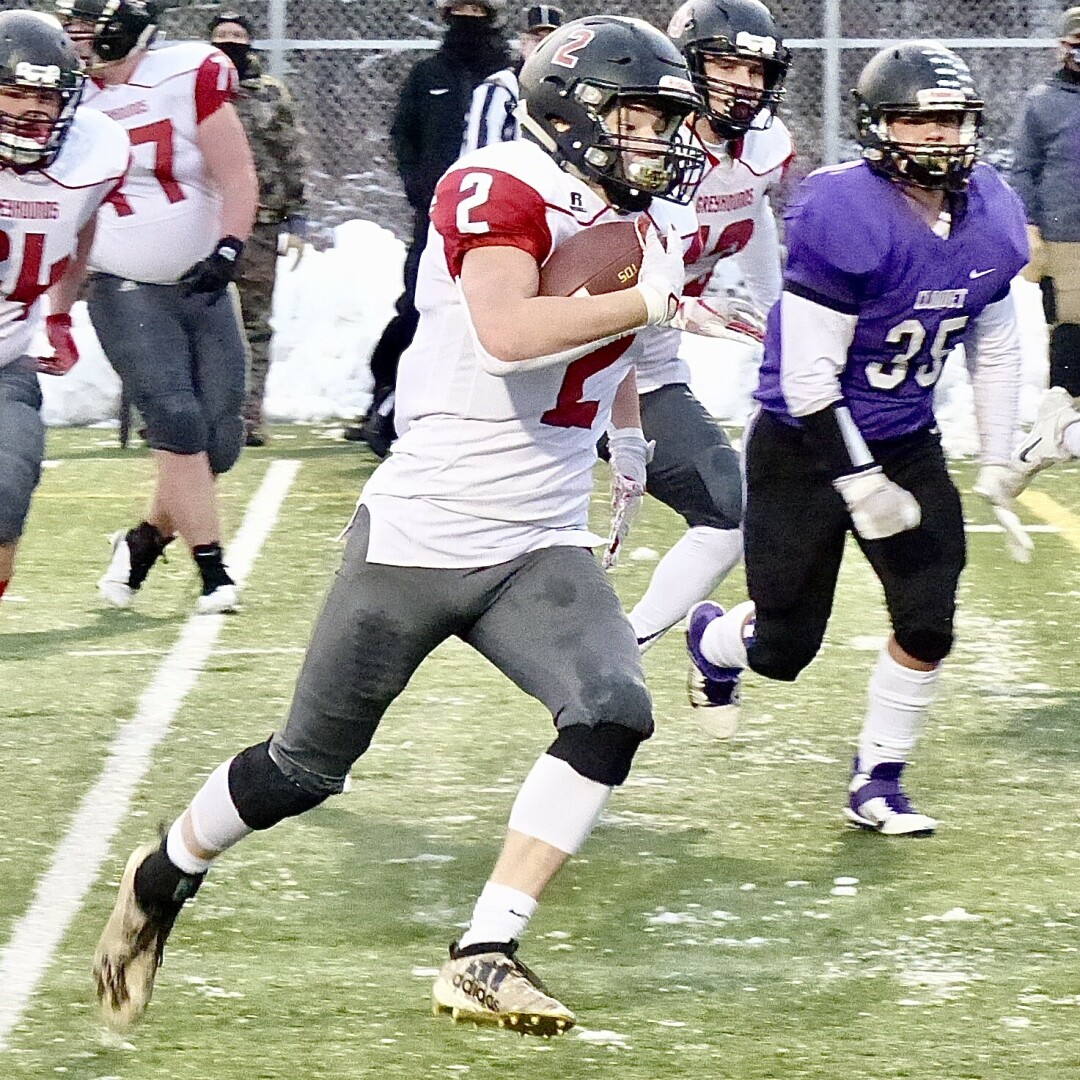 That game was like a continuation of the way the Gophers played against Iowa in a 35-7 loss that wasn’t as close as the score indicated. Minnesota quarterback Tanner Morgan had an awful day, and the Hawkeyes dominated the scoreboard.

Then there were the Green Bay Packers, who got what cynics call a couple or three Aaron Rodgers breaks from the officials, and needed all of them to overcome Jacksonville 24-20. The Jaguars lost their eighth straight game and are 1-8. But the Jags also got quite spectacular play by rookie quarterback Jake Luton. And twice Jacksonville scored touchdowns, only to have a flag appear and penalties nullify the touchdowns. Video replay on both showed there was no foul. The Jaguars scored after the first one, but the second would have won the game for them, but they couldn’t get it back.

Fortunately for those of us who enjoy good football games, we had Detroit following Matthew Stafford to the finish, when Matt Prater kicked a 59-yard field goal as time expired to give the Lions a 30-27 victory over Washington. And the best game of all came when Arizona went back and forth with Buffalo. Murray, who might be the best quarterback playing right now, is for sure the most exciting runner in the NFL. With apologies to Cook, who was throttled by the Bears, Kyler Murray ran for two touchdowns, and his quick, darting moves are an NFL highlight. 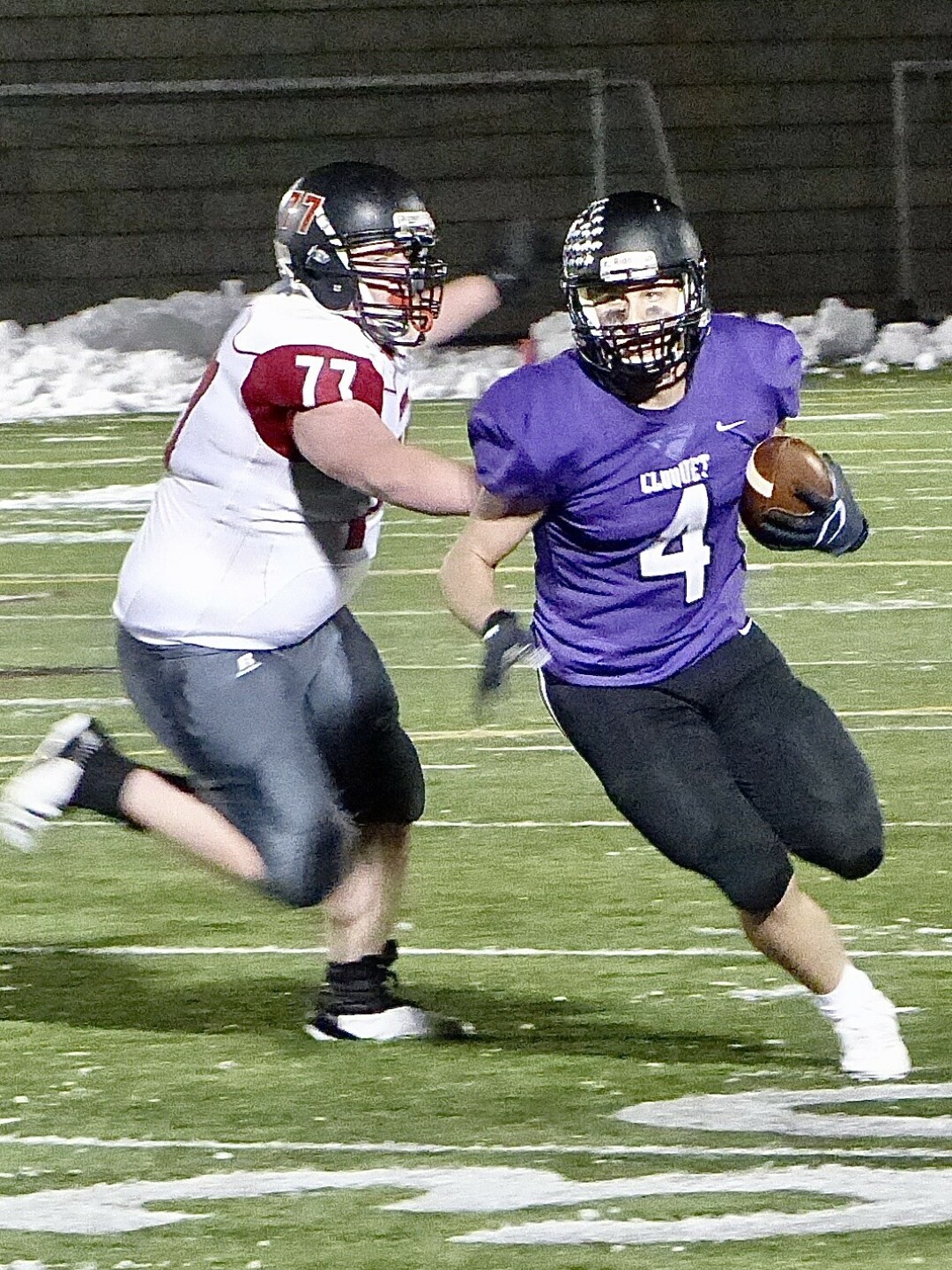 Cloquet's Will Turnbull helped the Lumberjacks rally for all their points in the second half.

But you didn’t need college or pro football to see a stirring performance. Duluth East, eliminated from taking its 5-1 record into any playoffs because of Coronavirus shutdowns, beat Cloquet 27-22 in a game moved from Cloquet to Ordean Field, with Cloquet serving as home team on the artificial turf at Duluth East. While East won its fifth straight game, Cloquet lost its third straight to go 3-3. But the Lumberjacks had their moments worth pride as well, with an emotional second-half rally.

What undid the Lumberjacks was a quick, stocky little sophomore named Austan Orvedahl. He has tormented foes all season, but he was at his best against a Cloquet team that knew of him and focused on pounding him. Orvedahl carried the ball 21 times for an amazing 275 yards. The first half turned into a predictable drama where Cloquet would battle and get in position, but East was start from their half of the field, and quarterback Dean Hudoba would give the ball to Orvedahl and send him around end. He would turn the corner and run 50-some yards, over and over again. He had something over 200 yards by halftime, when East led 20-0. 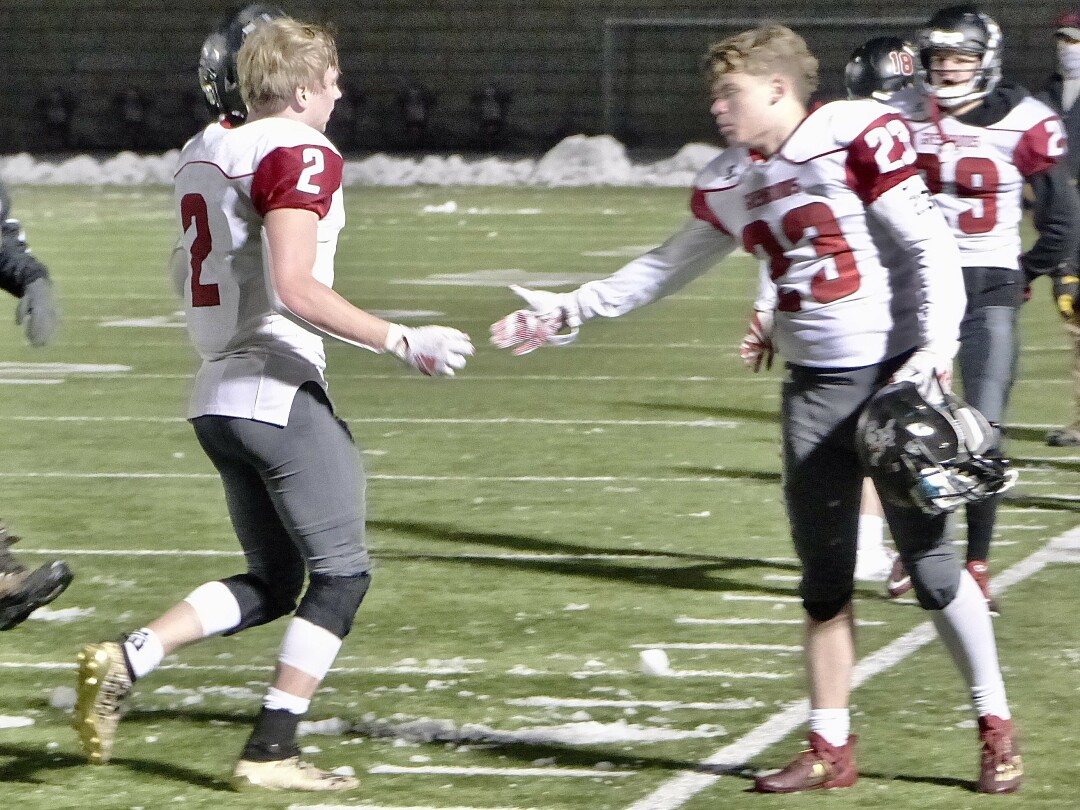 After an exhausting two-way game, East's Aaron DeBeir (23) congratulated Austan Orvedahl as he came to the sideline.

Normally, Orvedahl alternates electrifying runs with Jason DeBeir, who scored the first touchdown of the game, then turned the offense over to his teammate. Orvedahl scored on a 53-yard dash, then on a 28-yarder after a longer run was called back by a holding penalty. Both Orvedahl and DeBeir played spirited defense for East, too. DeBeir made a phenomenal play when he went into full sprint to run down a Lumberjack to save a touchdown in the third quarter, and even though Alec Turnbull threw a touchdown pass to get the Lumberjacks on the board, Orvedahl came right back, winding up wi his third touchdown on a short plunge to make it 27-6 for the Hounds.

But Alex Peterson took the ensuing kickoff and raced 92 yards for a Cloquet touchdown that made it interesting, at 27-14. It got more interesting when the Lumberjacks executed an onside kick better than any pro or college team I’ve seen try it this season, and they recovered to instill more life into the Cloquet bench. The Jacks slammed through the East defense, which had clearly lost the handle on the game’s momentum. Marshall Hayes, who caught the earlier TD pass, scored on a fourth-down plunge through heavy congestion in the last half-minute. Another onside kick try didn’t work, and while the Lumberjacks had an uplifting finish, the Greyhounds ran through 6 inches of snow that surrounded the playing surface to get to the grandstand and celebrate with the small cluster of fans who were well-entertained by the game. 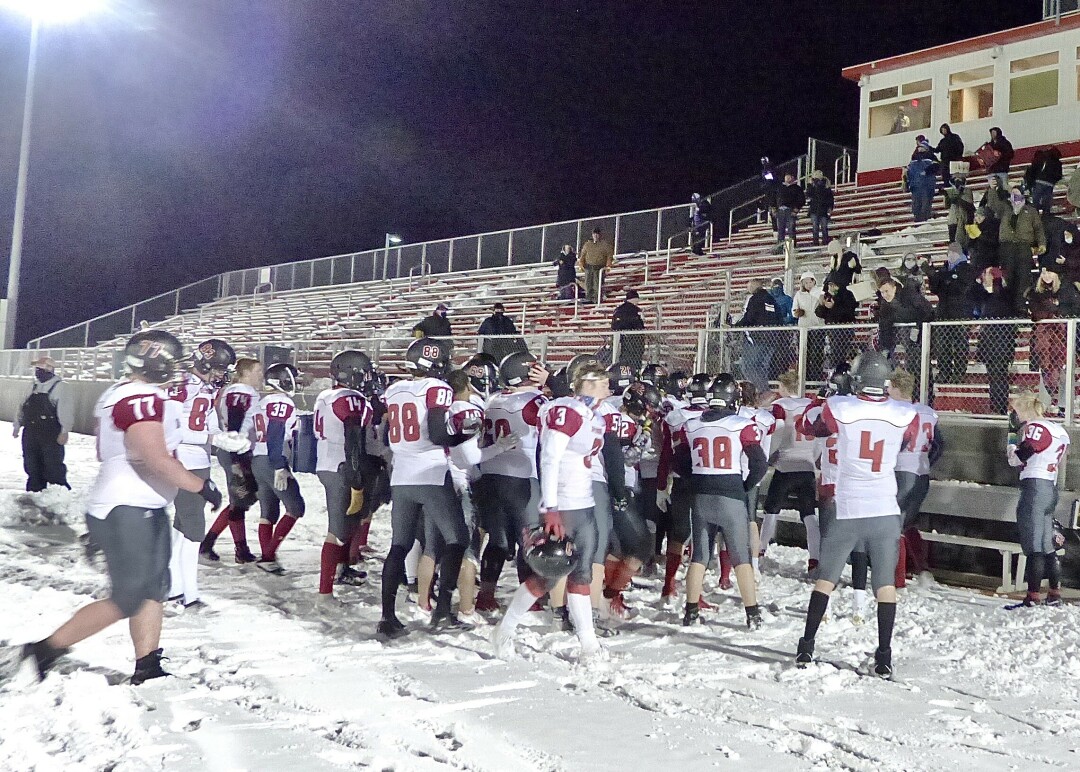 The field was encased in 6-8 inches of snow, and the East team ran through the snow for a post-game celebration.

The UMD women’s hockey team is in a familiar position. Picked to finish fourth in the Bemidji, MSU Mankato and St. Cloud State, but are still ranked behind Wisconsin, Minnesota and Ohio State. The Bulldogs have Swedish senior Emma Sorenson to replace Maddie Rooney in goal, and Gabbie Hughes will ignite the offense. The lanky junior center has proven herself an effective scorer for two seasons, scoring 20 goals, 31 assists for 51 points last season. Ashton Bell, who has turned into a point machine since converting to defense, was picked on the preseason all-WCHA projection.

Interesting that the three Big Ten teams are ranked 1-2-3, with perennial co-favorites Wisconsin and Minnesota and defending WCHA playoff champ Ohio State, while the three NSIC teams are the bottom three in projections. UMD, also in the NSIC, will attempt to stay ahead of the bottom group while trying to return to the glory days of a decade ago when the Bulldogs formed a favored triumvirate with Minnesota and Wisconsin.

Coach Maura Crowell said on the league conference call Tuesday that returning scorers and added depth, plus some impressive freshmen, could make the Bulldogs a candidate to move up.