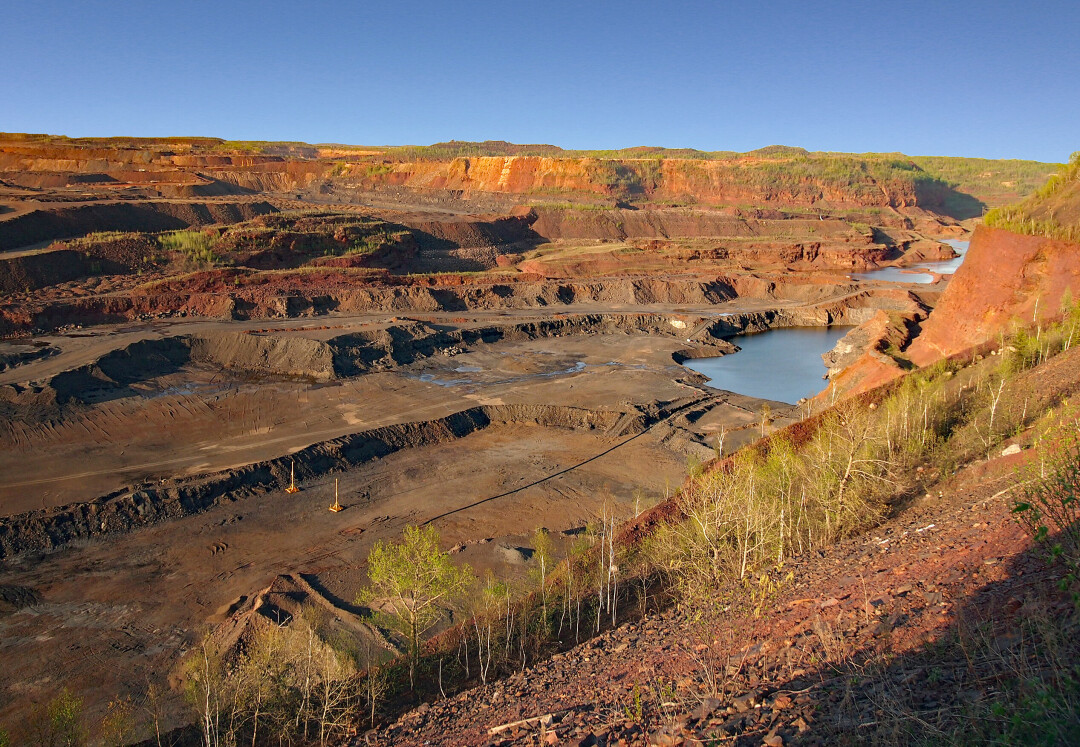 Simple peasants in parts of Central Europe have a proverb. “News distracts us from history.”
Thinking it’s time for a change in my weekly abuse of an unoffending public I’ll try to follow (you know me, no promises) a simple theme of exploring pits. Simple right?

What’s more obviously straightforward than a hole in the ground?

Miners (raise your hand if you personally know one – not many hands up is my guess) will tell us there’s a lot more to it than digging a hole. Think this way. How large does the top of the hole have to be to give sufficient space to work 500 feet down? You have to engineer the pit like a reverse pyramid with its top flattened to a work area. Like pyramid builders there’s the issue of getting up and down to factor in.

A hole is the result, but to have been useful at all that hole had to be engineered. Same holds for waste rock. What base do you need to achieve a multi-layer pile of stable material?

As I see it much of the news we hear is a distraction and like a pit is missing in contents. I’m not complaining and in fact find this quite understandable because as humans we like things easy and uncomplicated.

In an earlier century people would sometimes say “Man is the noblest work of God.”

Today we are inclined to see ourselves above all that. We are too smart and technologically savvy to be a creation. We as creators have no need of superstitious belief in gods, omens, prophecies or portents. Instead we have polls.

It’ll sound wrong to hear modern polling compared to ancient days taking auguries in the flight of birds or portents of the future in the liver of a sacrificial animal. Polls are scientific whereas the guts of a sacrificed beast are not.

Exactly, but are polls as scientifically accurate as we give them credit or are they derived through assumptions solid as auguries seen in bird flight?

Is it science or an augury when we hear stats or polls detailing human behavior according to race, religion, or social class?

If you take out a loan or register to vote are you required to specify race, religion, or class? Why no. In fact it would be illegal to be asked such things, so where do pollsters and statisticians get their results if not from deriving them from calculated assumptions not so very far removed from the work of pontiffs of old assessing present and future in the flight of birds.

In what I hope will be fair I freely admit lenders must have access to a borrower’s financial info. But can they share that confidential information and can it be tied to race, religious, or ethnic elements that were not recorded at all? Seers of old pawed through a sheep’s liver to get at the inferred facts.

Statisticians of today dig through numbers to reach their inferences. It’s more apparently scientific these days, and complex, but deriving numbers and facts remains guesswork with an intuitional bias I suspect was shared by pontiffs reading success or failure on the wing.

Oh, and another commonality; pontiffs and pollsters perform for payment. Remember to put that factor into the hole.

A great failing of news and commentary is its growing disregard for assumptions.

How often and why is it assumed that the leading refugee problem began in 1948 with Palestinians?
There have been far more people displaced in Central Europe, but who mentions them? Hungarians, Ukrainians, and Romanians greatly outnumber Palestinians.

I only mention Central Europe because it is fairly near the Middle East and would be more easily on our radar than population displacement in Asia or Africa.

It appears we accept topical bias as OK.

Political prioritizing of suffering is an accepted on-going practice. Why? Is it because children held in cages are better political fare than children used as legal shields?

Is one of those actually any better than the other, and could it be the caged child is better off than the abducted pawn? Being comfortable with conclusions is a way to stay oblivious.

Oblivious? How can we be oblivious while being so well informed? But is it information or distraction?

An unending cascade of “new” obscures an “old” picture repeating. You may not have heard of Batak, more than a hundred years ago a widely known incident took place there. To show their unruly minorities who was in charge the Ottoman, Turks set a force of converted Bulgarians to teach a lesson to some thousands of their Christian Bulgarian neighbors. The exact number (5,000 a safe number) and whether heads were kicked and sent around or whether some boys were castrated as a warning or some girls taken so the devout could have added wives is not important to a scene (done in a church to drive the lesson home) of butchery as literal piles of bodies overfilled the floor.

The Ottoman Turks wanted the lesson known, so what took place at Batak was not kept secret. It would have less utility if it was. But for now forget the slaughter. We have plenty more examples where that came from.

Simply imagine the convert being told to hack to pieces his share of captives. Did the convert show vigor at the task to impress watchers with his convert zeal? Did the convert strike hard to more quickly end the misery of those being cut apart?

And then look down another 10, 20 or more years of life with those memories. How do people do it?
It seems despite the evidence of their own actions the inhumane convince themselves they are good and others evil.

No American could have written “Myth is the never was that is never absent.”

What we put in the pit is as important as what we took out. An American did write that.