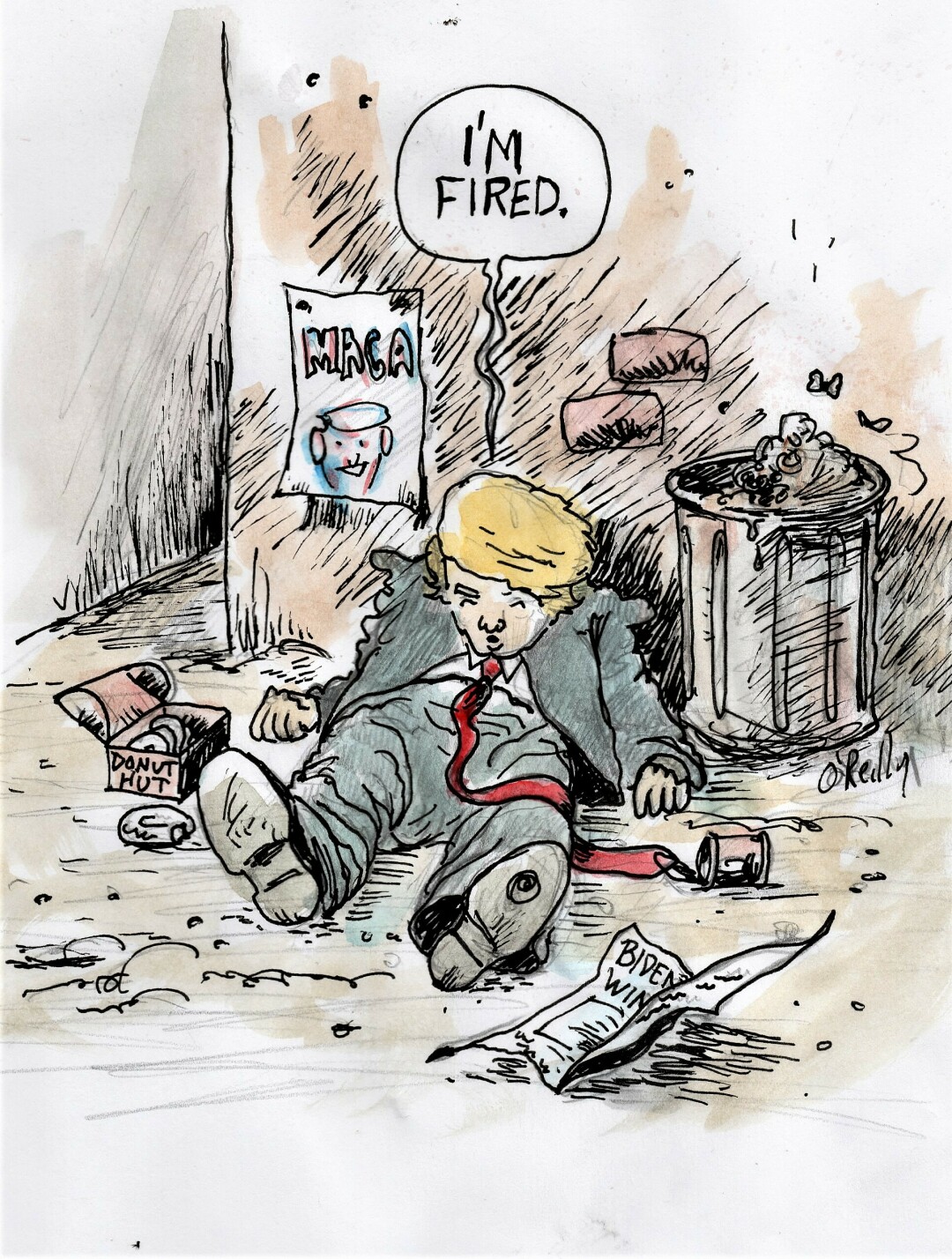 When John Adams became the first incumbent president to lose an election when he lost to Thomas Jefferson in 1800, the concession speech was a private matter between the two combatants. Technology – in particular, telegraphy – changed the concession speech to a more public forum when William Jennings Bryant, the Democratic candidate for president in 1896 – telegraphed his congratulations to winner William McKinley: “We have submitted the issue to the American people and their will is law.”

That established the telegram as the means to concede, right through to Roosevelt’s 1932 landslide that crushed sitting President Herbert Hoover, who in his concession telegram vowed to “make every possible helpful effort” to aid the transition.

The importance of a stable transition is another tradition of this country that the sitting president does not comprehend. John R. Vile, a student of the concession speech and professor of history at Middle Tennessee State University, told the National Geographic magazine that, “When it comes down to it, it’s not the Army or the Navy that keeps the United States together. It’s the notion that we are bound together by certain great principles and that our similarities are more binding than our differences are.”

That spirit is best summed up in the gracious 1860 concession speech Democrat Stephen Douglas wrote to Abraham Lincoln: “Partisan feeling must yield to patriotism. I’m with you Mr. President, and God bless you.”

Or when Bull Moose candidate Theodore Roosevelt lost the 1912 election to Woodrow Wilson: “The American people by a great plurality have decided in favor of Mr. Wilson and the Democratic Party. Like all good citizens, I accept the result with entire good humor and contentment.”

In 1952, Democratic loser Adlai Stevenson offered a prayer for winner Dwight D. Eisenhower: “That you may be the servant and guardian of peace and make the vale of trouble a door of hope, here’s my earnest prayer.”

One-term President Jimmy Carter said this when he lost the 1980 election to Ronald Reagan: “I promised you four years ago that I would never lie to you, so I can’t stand here and say that it doesn’t hurt. The people of the United States have made their choice, and of course I accept their decision, but, I have to admit, not with the same enthusiasm that I accepted the decision four years ago. I’ve a deep appreciation of the system, however, that lets people make a free choice about who will lead them for the next four years …”

President George H.W. Bush said this in 1992 when he conceded to Arkansas Gov. Bill Clinton: “Well, here’s the way I see it … the people have spoken, and we respect the majesty of the Democratic system. I just called Gov. Clinton over in Little Rock and offered my congratulations ... I want the country to know that our entire administration will work closely with his team to ensure the smooth transition of power. There is important work to be done, and America must always come first, so we will get behind this new president and wish him well.”

Some believe the most gracious concession speech ever given was that of John McCain in his decisive 2008 loss to Barack Obama: “The American people have spoken, and they have spoken clearly. A little while ago, I had the honor of calling Sen. Barack Obama to congratulate him on being elected the next president of the country that we both love. This is a historic election, and I recognize the special significance it has for African Americans and for the special pride that must be theirs tonight. Senator Obama has achieved a great thing for himself and for this country. I applaud him for it.”

In 2016 Hillary Clinton handled winning 3 million more votes but falling short in the electoral college, by saying this: “I still believe in America, and I always will. And if you do, then we must accept this result and then look to the future. Donald Trump is going to be our president. We owe him an open mind and the chance to lead. Our constitutional democracy enshrines the peaceful transfer of power. And we don’t just respect that, we cherish it.”

And then there’s Richard Nixon and his sore loser concession speech after losing the 1962 California governor’s race to Pat Brown (two years after losing the presidential race to JFK): “Just think how much you’re going to be missing. You don’t have Nixon to kick around anymore, because gentlemen, this is my last press conference.”