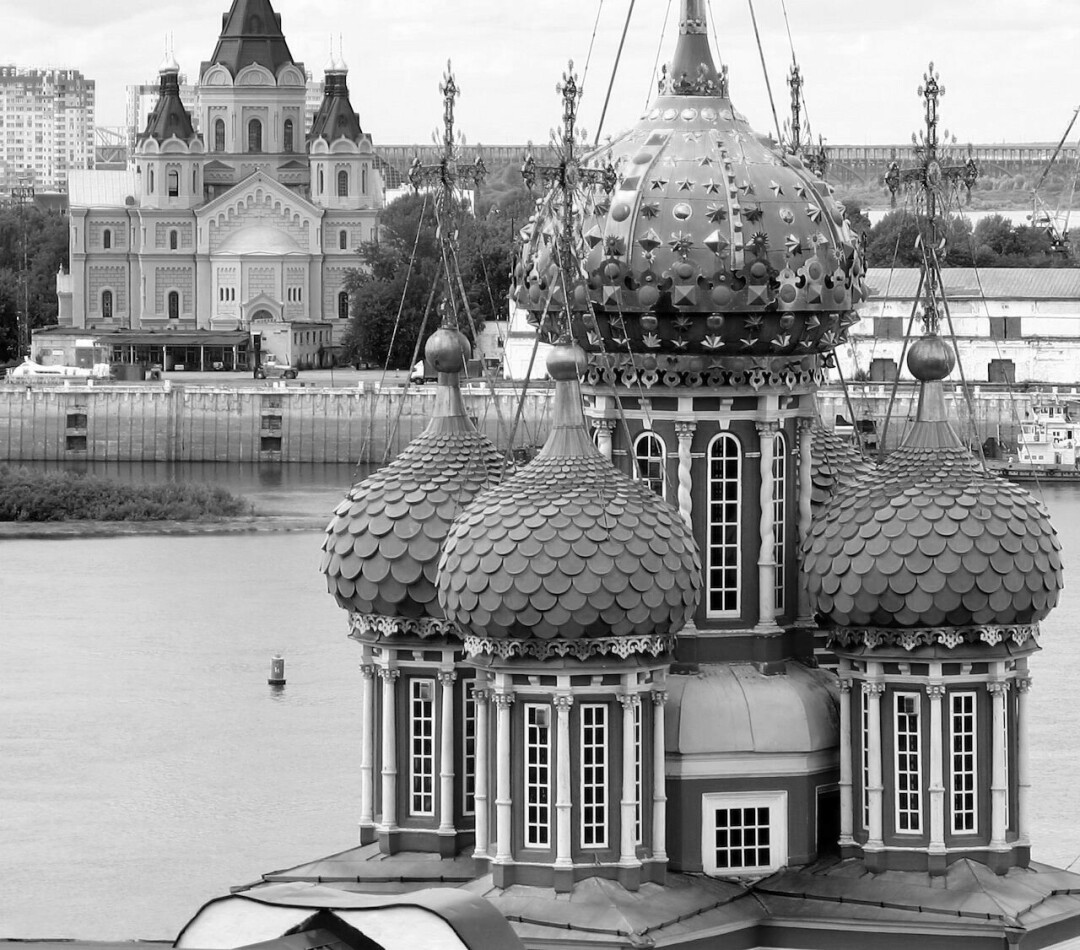 We hear about Russian meddling or Russia-Russia in news and from politicians, but the majority of us aren’t familiar (therefore ill-informed or easily misled) with Russia other than a name often held askance.

I am not an authority, but hopefully having an open mind I might be able to spot the obvious.
Take my title to start.

Consider the cultural slant in nations referring to their state as homeland, fatherland or motherland. You can’t bank on exactly what the difference entails, but surely fatherland and motherland are not equal in suggestive meaning.

That many Russians grow up with an emotional connection to a motherland suggests, if nothing more, an attitude unlike having an Uncle Sam. You sense the distinction as do I, but what exactly to make of it?
Long ago I was told a simple way to tell West from East (which includes Russia).

The East begins where spires with crosses are replaced by onion-shaped domes with a different cruciform. Western culture and belief is built partly on Rome (Catholicism and Protestantism have the same Roman root). Biology uses Latin terms as does our legal system.

Western civilization descends from Roman and Greek origins. These beginnings have been much expanded, modified and revised over time, but the parent stock remains stamped with its original genes. (All cultures carry birth and history scars. The difference is in how hidebound some are compared to another cultures’ openness to change.)

When I had students (yes, there were such unfortunates) they’d often growl and grimace over a sweeping generalization.

Expected, because we human folk prefer sure things. I’m of firm and arguably acceptable footing with the assurance that there are no fish on top of that hill as opposed to a general sweep saying “look in Lake Superior.” While each is true, ruling out the hilltop carries a sense of immediate practical utility. (Though I have climbed steep slopes to reach an elevated trout lake.)

The use, as I see it, of a generalization is to supply an overall view to help understanding something large and dynamic. Loose overview is useful in ways a specific discussion (say of the False Dimitri) won’t give. Facing a generalization it’s best to not get too het up over specifics. Let those boulders slide by for now.

An attempt to understand a bit about Russia or Matka Russ involves some consideration of the differences between East and West.

A convenient way to begin that is to gander at the distinction between Roman and Orthodox Christianity. (Whether you believe in something or not doesn’t mean it has no role in your life.) Both rites being Christian there’d seem to be rather little to cross swords over.

But as Protestant, Catholic and Orthodox conflicts have shown doctrinal differences can fuel centuries and generations of hostility same as Left and Right are capable of in secular settings.

I’m on horribly weak ground trying to simplify the East-West division, but I’m dumb enough to try it anyway.

Keeping in mind there’s nothing absolute or deterministic in what’s coming; try this on for size.

The Western or Roman approach to God or an Actualized Life requires individual industry. It is up to the individual to find her, his, its way along the path.

So, to individual industry we could add inquiry for alphabetic agreement if nothing more. If that gives a vague view of the West then what’s the vista from the East?

Being careful to not leap over the side the Eastern panorama leans toward acceptance more than individual industry. Sometimes this is called mystic, but in function I see it expressed as the individual needing to accept their place in the scheme of things, be that religious or secular. Another way to over generalize the difference is to say the West is about doing while the East represents being.

All cultures and people do both, but if you turn one way or the other six times out of 10 you see how the trend accumulates and has an active role in daily lives.

An Eastern or Western inclination makes a difference and in part explains why so often in the West we fume at that Eastern imponderability we call Russia. Of course we do not understand Russia any more than they do themselves. Some things are too vast and fluid to be understood as we’d like in good-bad, devil or saint certainty.

Perhaps a way to see an Eastern slant is humor. How and what we laugh at is revealing.

The major papers in Communist Russia were Pravda (Truth) and Izvestia (News). The joke was “You’ll find no truth in Pravda; no news in Izvestia.”

Another of the sort is “They pretend to care. We pretend to believe them.” Or in a time of difficulty and shortages people would say “With more blood and shooting this could be like living in war.”

We could call it dark or wry humor, but interesting to me for the spark of life felt in these grim jokes; like laughing in the face of death.

Because it is different and remote, vast and foreign Matka Russ makes a fine boogey to accuse and blame. Part of the problem is that we – our government, media, schools and institutions – don’t make much effort to instruct.

Being cautioned and told who to blame is not educational any more than “Just say NO” gives sufficient drug or sex education.

The fearsome Russian bear also has a population fiercely passionate about pianists and chess.

Russia (as we do) has familial and alcohol problems, but it also provides a poetic and musical tradition unlike anything we see around us, unless, that is, you know someone who can recite epic poetry for an hour or live in a town there the tradition of ringing many small bells operated by a few individuals who’d make you suspect dozens of players must be responsible.

It’s not all disinformation and Putin. Matka Russ is larger than this decade’s news items.

Perhaps a Russian proverb will help – “We fear in our enemies what we see in ourselves.”